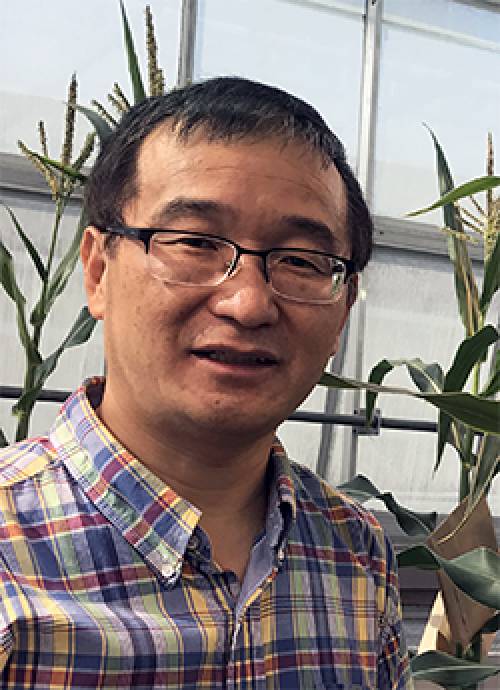 The research of the Yang lab mainly focuses on 1) gaining a molecular understanding of host disease susceptibility and resistance to pathogenic microbes by using bacterial blight of rice as a disease model, and 2) developing and applying genome editing technologies for gene/trait discovery and for engineering improved traits such as disease resistance in crop plants.

By taking advantage of the genetic amenability of rice and its bacterial pathogen (Xanthomonas oryzae pv. oryzae, Xoo), the Yang lab, in collaboration with other groups, has made several breakthroughs in identifying key components (or virulence factors) that pathogenic Xoo strains use to hijack the host biological processes to condition a state of susceptibility in rice, and in identifying the rice counteracting strategies for disease resistance. The bacterial blight of rice represents one of the most well-studied crop diseases and is also well-known as a model for studying host/microbe interaction. TALEs (transcription activator-like effectors), as a group of pathogenesis factors and once translocated into the host cells from pathogens, recognize and activate host genes to condition disease susceptibility and also trigger host resistance responses dependent on the nature of target genes in plants. TALEs and their target genes have become the foci of the molecular battles between Xoo and rice. The continuing battles have led to incredibly diverse virulence mechanisms in pathogen and counteracting defense mechanisms in rice. Extensive effort in the Yang lab has been made to understand the TALE biology, identify host target genes, and elucidate their interaction and resulting physiological relevance to rice blight.