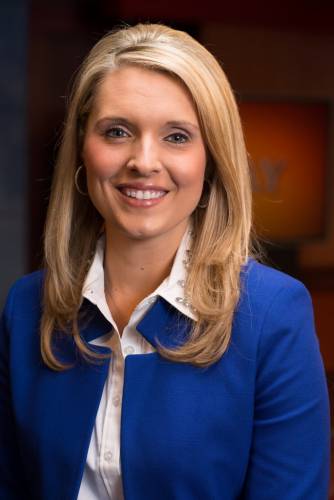 Tyne Morgan is doing what she calls her “dream job.” She’s a Missouri girl who has generations of agriculture rooted in her blood. Born and raised in Lexington, Mo., FFA was a big part of her high school career. Through public speaking and various contest teams, she actually plunged into broadcast at the young age of 16, working for a local radio station.

Tyne attended the University of Missouri-Columbia where she majored in Agricultural Journalism, with an emphasis in broadcast. During her college years, she was a farm broadcast intern for Brownfield Ag News, and was the 2006 Missouri State Fair Queen, serving as the Ambassador for Missouri agriculture.

After spending countless hours on the road as AgDay and U.S. Farm Report National Reporter, Tyne was recently named the first female Host of U.S. Farm Report. She’s only the fourth host of the show, following Orion Samuelson, Max Armstrong and John Phipps.

But more important than any of those titles, is her newest title: Mom. Tyne and her husband James, have two daughters, and she says being a mom is the hardest, yet most rewarding job she’s ever had.