The Community and Regional Economics Network (CRENET) of the Agricultural and Applied Economics Association recently announced Sarah A. Low, associate professor of regional economics, as its chair-elect. The three-year commitment will involve Low serving as chair-elect, chair and immediate past-chair. Learn more about CRENET at the Agricultural and Applied Economics Association website.

Judy Stallmann has received the Mary Phillips Faculty Award from the Truman School of Public Affairs to recognize her service to the school. With the award, the Truman School honors faculty for their research, teaching or service work. Stallmann serves as a professor of agricultural and applied economics and rural sociology and is an affiliated faculty member with the Truman School. 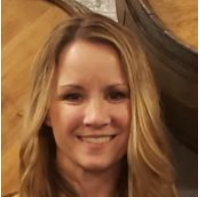 Christina Vanatta, academic adviser for the hospitality management program, participated in the inaugural UM System Advisor Development Program, an initiative designed to recognize and further develop advising and academic coaching professionals. The program involves advisers who have at least five years of advising experience, and emphasizes personal and professional growth. Learn more about the program by visiting the UM System website.

Michelle Segovia, assistant professor of agricultural and applied economics, has been accepted to attend the 2019 Summer Institute on Bounded Rationality to be held this June in Berlin, Germany. Hosted at the Max Planck Institute for Human Development, the institute will introduce participants to bounded rationality, which suggests people make decisions given constrained time, information or computational power, and it will focus in particular on bounded rationality in a digital world. See more information about the summer institute at the Max Planck Institute for Human Development website. 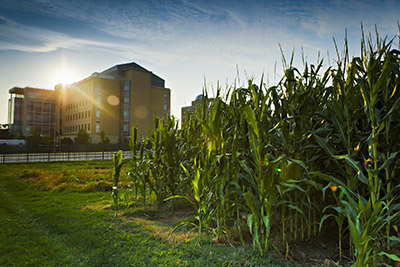 David Reinbott, extension field specialist in agricultural business, has received the Partner of the Year Award from the USDA Farm Service Agency in Missouri.

To recognize her work in education and instruction, Mary Hendrickson, rural sociology assistant professor, will receive the 2019 Excellence in Instruction Award from the Rural Sociological Society (RSS). The award honors an RSS member who educates undergraduate or graduate students and excels in rural-oriented teaching.

Learn more about the award at ruralsociology.org/rss-awards-and-competitions. 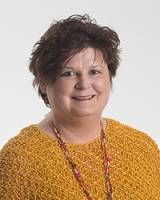 The Rural Sociological Society (RSS) has selected Johanna Reed Adams, associate extension professor of rural sociology, to receive its 2019 Excellence in Extension and Public Outreach Award. The award recognizes an RSS member in academia who has contributed significantly to extension and public outreach efforts focused on rural residents, life or policy.

Learn more about the award at ruralsociology.org/rss-awards-and-competitions.

The SCN Coalition, a national awareness campaign targeting soybean cyst nematode management, has won the Best of NAMA (National Agri-Marketing Association) Award this year for its successful campaign launch. The Coalition is a diverse group of University researchers, Extension specialists and agricultural company representatives who are concerned about the evolving threat from soybean cyst nematode. Since the Coalition’s launch, University of Missouri nematologist Melissa Mitchum and plant pathologist Kaitlyn Bissonnette have played critical roles in bringing the SCN Coalition and its message to Missouri producers. NAMA is the largest U.S. association for marketing and agribusiness, and the Best of NAMA Awards honor the nation’s best work in agricultural communications. 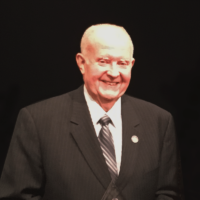 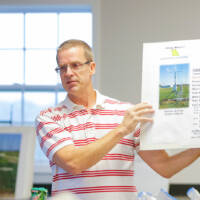 Guinan joined MU as a station climatologist with the Agricultural Experiment Station in 1988. He has been an associate extension professor since 2013 and director of the Missouri Climate Center since 2005. Guinan has also co-managed and operated the Missouri Mesonet, a network of 36 automated weather stations in Missouri that monitor several environmental variables on a 5-minute, hourly and daily basis, since 1992. He is the state co-coordinator of the Community Collaborative Rain, Hail and Snow Network (CoCoRaHS).

“Dr. Guinan is a highly respected scientist and extension specialist, who is well known at MU, throughout Missouri and across the United States,” said Patrick Market, professor and interim director, School of Natural Resources. “Dr. Guinan serves MU and CAFNR as the Director of the Missouri Climate Center (MCC). Since 2013, Dr. Guinan and the MCC have also been active partners in the $20 million Established Program to Stimulate Competitive Research (EPSCoR) funded by the National Science Foundation (NSF), which has supported research in areas of climate, climate change, plants, human dimensions, education, and cyberinfrastructure. Dr. Guinan has touched millions of lives, providing Missouri climate data free to all who visit the MCC site, education to students, useful tools for farmers, and sound advice to policy makers and elected officials.”