Kuhns has served as the MFA Undergraduate Research Scholar in the Department of Agricultural and Applied Economics since 2015. She is the president of the MU Agribusiness Club and part of the Sigma Alpha sorority. Kuhns was the Executive-in-Residence intern from August 2017 to May 2018. She was named CAFNR’s Outstanding Sophomore in 2017, served as a CAFNR Summer Welcome Peer Counselor, and was a past Litton Leadership Scholar and CAFNR Dickinson Scholar.

“I’ve known Maria since her senior year of high school and have had the privilege of working with her since her first semester at Mizzou,” said Joe Parcell, director, Division of Applied Social Sciences. “Maria and her mother visited my office prior to her committing to Mizzou. During her first visit, I saw a confident young woman eager to learn and perform at the collegiate level. I quickly committed an undergraduate research assistantship to her, and I have never regretted that decision. It is without question that Maria has spent her four years at Mizzou contributing her time and talents to CAFNR. Maria has remained as a student employee in the department of agricultural economics and later the Division of Applied Social Sciences for all four years. Maria has contributed to program and division efforts through research projects, recruitment efforts and alumni relations.”

Spencer is the president of CAFNR True Tigers, a CAFNR Ambassador, a student worker for CAFNR Career Services, and has served as a CAFNR Summer Welcome Peer Counselor. He is a past president of Missouri FFA, past president and past national board of director of the Heart of America Gelbvieh Association and American Gelbvieh Junior Association, and owner/operator of Spencer Cattle Co.

“Colton’s interpersonal communication skills and ability to positively impact others are two of his other greatest skills,” said Matt Arri, coordinator of CAFNR Career Services. “During the summer of 2018, Colton served as a Summer Welcome Peer Counselor and part of his job was to welcome new students and their parents. Many times, Colton took it upon himself to sit down with several families in our lobby and would strike up conversations with each family member and was quite skilled at making everyone feel at home. In addition, Colton also assumed a frontline position as a student speaker and conducted numerous presentations about CAFNR to our new students and their families. Colton is well respected among his fellow students, by our faculty, and by our staff due to his strong academic performance, his strong work ethic, his outstanding leadership abilities, and his stellar interpersonal communication skills. Colton is truly a role model and is mature beyond his years.”

Mason is a student recruitment intern in the CAFNR Office of Academic Programs, in addition to serving as the CAFNR Ambassadors team leader and as an outreach specialist with Missouri Farmers Care. She served as the Missouri State FFA Secretary from April 2017-April 2018. She is also involved at Mizzou with Kappa Alpha Theta sorority, Mizzou Collegiate Farm Bureau, CAFNR Student Council and the CAFNR True Tigers.

“Sydnee leads with her heart. I’ve never met someone as passionate as Sydnee about making Missouri agriculture better. I’ve seen her lead others working with Missouri Farmers Care to advance the Agri-Ready county designations. Sydnee traveled to each potential Agri-Ready county several times to listen and address concerns from legislators, staff, and producers in counties across Missouri… Sydnee radiated positivity, spoke to her farm values, and worked with producers, consumers, and legislators to build a common purpose of bettering rural Missouri,” said John Tummons, assistant teaching professor, Agricultural Education and Leadership. “Sydnee is a great listener, and she uses listening as a strategy to transform others. She is genuine, leads with her values, and has an uncanny ability to develop rapport among a wide variety of people. Just last week, I was sitting in my office with a prospective student. Our meeting had gone long, but Sydnee knew the prospective student and visited with him for 30 minutes. Only after I returned to my calendar did I see Sydnee gave up her advising appointment with me to work with the prospective student – this is an everyday example of how Sydnee is making agriculture great by paying it forward.”

Dahmer is the 2018-19 Missouri FFA State President, in addition to being involved at CAFNR in Collegiate Farm Bureau, Agricultural Communicators and Leaders of Tomorrow, CAFNR True Tigers, and as an Agricultural Education and Leadership Ambassador. As part of his responsibilities as Missouri FFA State President, he has traveled to high schools to facilitate workshops devoted to leadership development and delivered remarks to the Missouri House of Representatives.

“In my short time with Paxton, he has always exhibited the highest integrity. His word is consistent with his actions and reflects the exemplary value system that is needed in the world today. He has the respect of his peers and adults alike. He has a positive attitude that is contagious and a mature behavior that is exemplary without exception. I would trust him explicitly to make mature decisions,” said Keith Dietzschold, executive secretary, MO FFA Association, and supervisor, Northwest District, Agricultural Education, Department of Elementary and Secondary Education. “Paxton has the capacity for getting the job done. As his supervisor during this state officer year, I have always been able to count on Paxton to accomplish the goal. Regardless of the time or effort required, he would always meet expectations. I am sure his professors have found the same consistent effort and results during his short time at the University.” 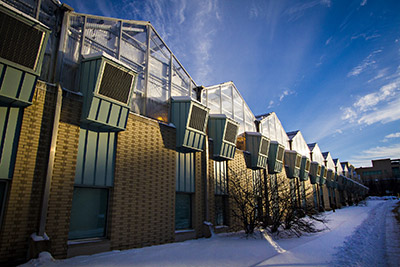 For more information about the awards and honorees, please visit the Academy’s website. 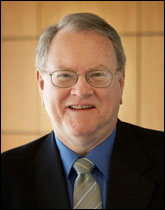 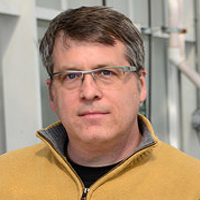 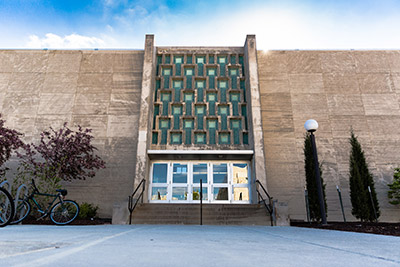 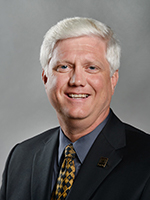 Bryan Garton, senior associate dean for academic programs, received the Distinguished Alumni Award from the College of Food, Agricultural, and Environmental Sciences at The Ohio State University in early March. The Distinguished Alumni Award recognizes those who have brought distinction to themselves and the college at large through their participation, commitment and leadership. Garton received his Ph.D. in agricultural education from The Ohio State University in 1993. Learn more about the award and winners online.

Scott Brown and Shibu Jose were among the 79 individuals completing the LEAD21 leadership-development program. This group of distinguished individuals represents land-grant institutions and their strategic partners from across the nation. Over the course of the past year, these individuals have met regularly with their peers, both in-person and virtually, to enhance their personal leadership capacity. The graduation was held at the culmination of the third in-person session, where the focus was on organizational leadership through collaboration, communication and leading change.

The primary purpose of LEAD21 is to develop leaders in land-grant institutions and their strategic partners who link research, academics and extension who can to lead more effectively in an increasingly complex environment, either in their current positions or future leadership positions.

Goals of LEAD21 are to enhance application of skills and knowledge across a set of nine leadership competencies, to develop a network of peer leaders to enhance personal leadership practice, collaboration and diversity of perspective and to develop and implement an individual’s leadership development process.