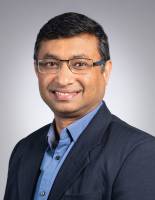 Abed Rabbani is part of a team of authors named Outstanding Paper Award recipients in the 2022 Emerald Literati Awards. The winning article was “A test of the association between the initial surge in COVID-19 cases and subsequent changes in financial risk tolerance,” in the journal Review of Behavioural Finance.

Rabbani is an assistant professor of personal financial planning. His coauthors on the paper were Wookjae Heo, South Dakota State University, and John E. Grable, University of Georgia. 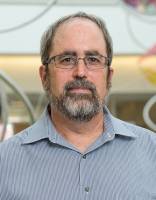 The University of Missouri Board of Curators has named Ron Mittler, professor of plant science and technology, as a Curators’ Distinguished Professor. A Curators’ Distinguished Professorship is the highest and most prestigious academic rank awarded by the Board of Curators. It is awarded to a select few outstanding scholars with established reputations.

Mittler holds a joint appointment in the Department of Surgery in the MU School of Medicine, and he is also a principal investigator in the Christopher S. Bond Life Sciences Center. His research interests are focused on the role Reactive Oxygen Species (ROS) play in the regulation of different biological processes and has been on the cover of various journals, including Plant Physiology, Science Signaling, New Phytologist and Trends in Plant Science. His work was most recently published in Nature Reviews Molecular Cell Biology, a journal of Nature, showcasing a new way of measuring stress in plants. The project was supported by funders including the National Science Foundation and the National Institutes of Health.

He joined Mizzou in 2018, and has received awards for being a highly cited researcher and for teaching. Mittler is part of the editorial board for The Plant Journal, and is a member of the American Society of Plant Biologists. He received his Ph.D. from Rutgers University.

Michael Stambaugh, an associate professor of forestry, was recently awarded the Charles Bullard Fellowship in Forest Research from Harvard Forest. Established in 1907, Harvard Forest is Harvard University’s 4,000-acre laboratory and classroom. According to the Harvard Forest website, “The purpose of this Fellowship program, established in 1962, is to support advanced research and study by persons who show promise of making important contributions, either as scholars or administrators, to forestry defined in its broadest sense as the human use and study of forested environments.”

While in residence at Harvard, Fellows interact with faculty and students, give seminars, participate in conferences and symposia and avail themselves of the University’s research resources. Stambaugh will spend his time at Harvard Forest completing a text describing environmental changes associated with changes in fire regimes across North America.

Stambaugh’s research primarily concerns changes in forest ecosystems, both in time and space. Stambaugh is interested in documenting past changes in forests as a means for understanding potential future scenarios. His research commonly utilizes tree-rings because they are excellent archives based on their ability to: span long time periods (millennia), be precisely dated, and provide information at a sub-annual resolution. Stambaugh supervises research conducted by the Center for Tree Ring Science. 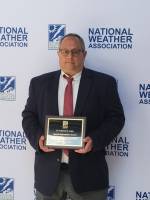 Anthony Lupo has received the 2022 Special Appreciation Award from the National Weather Association (NWA) for accomplishments in meteorological research with implications for sub-seasonal to seasonal forecasting, and for his continued support of his student’s involvement in the NWA. The award was presented during the NWA Awards Luncheon on Aug. 24.

Lupo is a professor of atmospheric science in the School of Natural Resources. 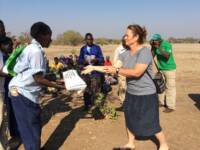 The American Society of Agronomy (ASA), Crop Science Society of America (CSSA) and Soil Science Society of America (SSSA) has announced that MU Crop Scientist Kerry Clark will receive the Emerging Leader for African Agricultural Transformation Award at the ASA Awards Ceremony in November during the scientific society’s Annual Meeting in Baltimore, Maryland. The annual awards are presented for outstanding contributions to agronomy, crop science, and/or soil science through education, national and international service, and research.

Prior to receiving her PhD in 2016 in soil science, Clark developed new soybean varieties for Missouri’s small seedsmen. A member of the Feed the Future Soybean Innovation Lab (SIL), she leads a team that is strengthening soybean production across Africa by building local capacity for manufacturing and utilization of agricultural mechanization. In addition to serving as an assistant research professor, Clark is the director of CAFNR International Programs. 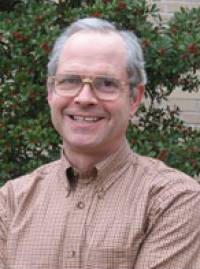 Clark Gantzer is one of 10 2022 Fellows in Sigma Xi, an international scientific research honor society of science and engineering. Founded in 1886, the organization has more than 200 Nobel Prize winners and honors excellence in scientific investigation and encourages cooperation among researchers in science and engineering fields. Fellows are awarded by their peers for their significant contributions to research or development, outreach, teaching and curricular innovation, mentorship, science advocacy and leadership.

Gantzer is a professor emeritus of soil science in the MU College of Agriculture, Food and Natural Resources. His research and teaching involve soil and water conservation, applied soil physics, ecology and renewable resource management.

Recognition of Gantzer and the other nine 2022 Fellows will take place at the inaugural International Forum on Research Excellence (IFoRE), taking place Nov. 3-6, in Alexandria, Virginia. 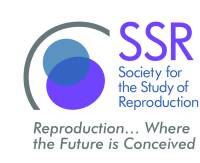 Four scholars in the Division of Animal Sciences received awards for presentations given at the Society for the Study of Reproduction (SSR) Annual Meeting held in Spokane, Washington. 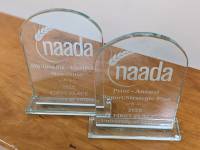 Rob Myers, adjunct professor of plant science and technology and director of the MU Center for Regenerative Agriculture, was awarded the Agronomic Education and Extension Award from the American Society of Agronomy. The Agronomic Education and Extension Award recognizes career excellence in education and/or extension. The emphasis of the award is on the individual’s educational innovations or unique approaches developed and used successfully to encourage learning. This includes demonstrated ability to communicate ideas clearly, influence attitudes, and motivate change in audience action. 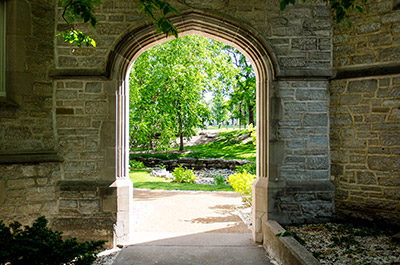 Alan Spell, assistant extension professor, agricultural and applied economics, and Sarah Low, associate professor, regional economics, received a Community, Economic and Workforce Research Award from the Council for Community and Economic Research (C2ER), which was presented in June at the C2ER Annual Conference in Columbus, Ohio. The award recognizes their “Economic Benefits of Expanding Broadband in Select Missouri Counties” report published by Exceed – Regional Economic and Entrepreneurial Development and University of Missouri Extension.

Mark White, current Exceed director, and Spell accepted the award at the C2ER Annual Conference. C2ER is a national organization for applied researchers who work in economic and workforce development fields.