The Benefits of Study Abroad Experiences

Three years ago as my freshman year at Mizzou was starting, I talked to my parents about studying abroad. I knew the biggest hurdle would be money and wasn’t sure how they felt about the expense. I also knew I only had 1 – 2 years before graduate school and wanted to spend a significant amount of time doing internships over summer and winter breaks.

My parents were ecstatic. In my mother’s words, “There is no better time than now to benefit from the experiences study abroad has to offer at the price a college can give to you.” Overjoyed, I explored my options at MU. Three programs caught my attention: South Africa, Thailand, and Costa Rica.

South Africa offered a program based on Wildlife Management. We would have the opportunity to work with rhinos, elephants, veterinarians, and rangers as well as learn about critical environmental and economic factors that play into wildlife conservation.

Thailand offered a program focused on Bio-Conservation. We would have the opportunity to take part in saving the reef by planting coral in the coral nursery as well as learn about the threats that are quickly eroding any future endangered Thai species may have.

Costa Rica offered to expose me to part of my own history. Half of my family comes from Mexico, and I was excited by the opportunity to use my Spanish and learn more about Latina culture.

The South Africa and Thailand programs are competitive, and I was afraid of signing up for either and missing the opportunity to go abroad at all. So, with my parent’s permission, I applied for all three programs with the intent of traveling to at least one country. In December of my freshman year, I was accepted into the South Africa and Costa Rica study abroad programs. My parents – who were equally thrilled – suggested I go on both. I applied for dozens of scholarships. We held a fundraiser at our home. By May we had scrounged together enough to afford both trips. 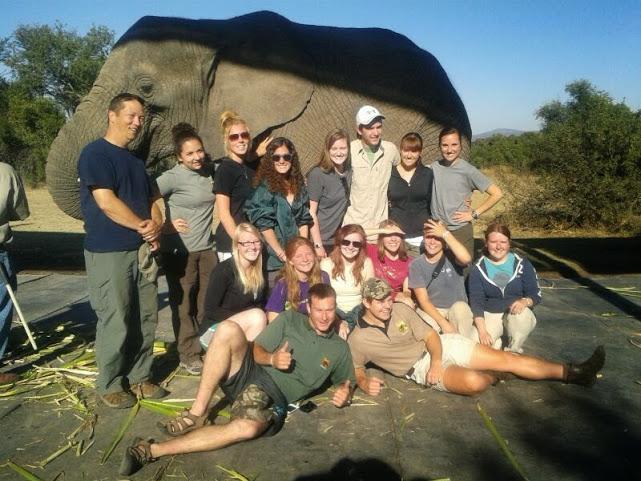 On May 20, 2014, I landed in Johannesburg, South Africa. We camped in auburn grass that swayed two feet above my head, listened to the gentle rumble of the lions and the hippos at dusk, and watched in pure awe as a crash of rhinos ten feet away from our jeep brazenly blocked our path. I bottle fed a baby giraffe, accompanied a wildlife veterinarian as she completed a heath assessment on the wild rhino, and assisted another veterinarian set up a boma for game capture and management. I kissed a chameleon with a live cricket squirming between my lips and rode an African elephant in a sanctuary where we discovered the perilous predicament of the animals who had long overpopulated their shrinking home.

On June 11, 2014, I reluctantly bid farewell to my new friends and came home, fearfully wondering if the rest of my life could possibly surpass the three weeks I spent in South Africa. The question was answered 10 days later when I landed in Costa Rica. The jade foliage flowed out of the forests and onto the streets of San Jose. Costa Rica is one of the few places in the world that built its civilization into nature instead of on top of it. We hiked a sacred mountain in Monte Verde, molded red clay pottery with the natives, and zoomed over the Cocobolo and Cristóbal trees on a zip line. We learned about the benefits and dangers of tourism, and about the plight of the people, animals and plants that call Costa Rica home. I practiced Spanish, and so developed a deeper understanding of my own heritage. Four weeks after my departure, I returned home with a greater appreciation for my major and education than ever before. 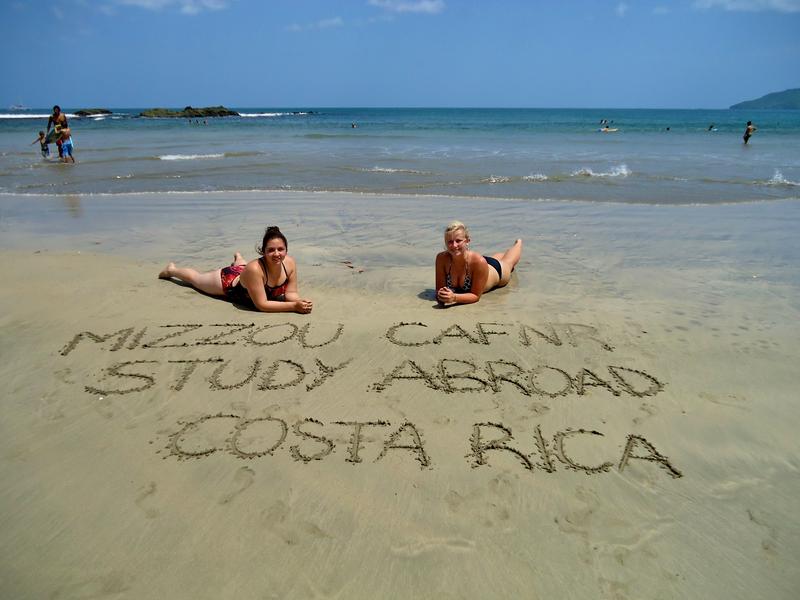 The week before my sophomore year at Mizzou started, I was informed about an opening in the Thailand study abroad program and offered the spot. Once again, my parents graciously encouraged me to accept. In the December of 2014, I left for Thailand. We planted coral and mangroves, rode Asian elephants through the Thai forests, celebrated New Year’s on the floating market, and spent a day speaking and learning with students from the other side of the world.

By spring of my sophomore year and at the budding age of 20, CAFNR study abroad brought me to three diverse countries and exposed me to three vibrant cultures. I rode an African and an Asian elephant, camped in lion territory, fumbled in three languages, ate fried crickets and kudo liver, slept under a sea of stars unobstructed by light pollution, and made lifelong friends on the furthest corners of the globe.

I do not know when or where my next adventure will be, but I as swiftly as the chance arises I will jump aboard. Each experience had challenged me. Each experience has changed me. I am a better communicator, a better listener, and a better student because I studied abroad. I have a greater appreciation for the unique experiences had by strangers abroad and here in Columbia, Missouri. To immerse ourselves completely in a foreign culture is a challenge every student should embrace – at least once – in their collegiate career.