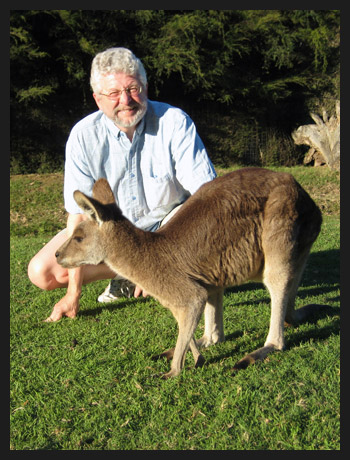 Travelling all over the world has been the biggest thrill of my career. I had never flown in a plane until after my BS degree many years ago. Then I entered the Peace Corps and everything that I had ever known changed. As a biology major, the chance to work with wildlife in South America for two years was a dream come true. But soon after arrival in country, I found that my view of the world was not reality. Since that time, I have grabbed every opportunity to travel to any part of the globe to learn more.

I started going “down under” in the 90s, with numerous visits to New Zealand and Australia. Without a doubt, this part of the world ranks at the top of my favorite places to visit. Australia is again ranked as the happiest nation in the world among developed economies, with a life expectancy of 82 years that far exceeds ours.

The aim of the Australia Study Abroad trip is simple. It is to explore the uniquely diverse range of human cultures and animal ecosystems found only in Australia.

We spend time in downtown metropolitan Brisbane and Sydney. They top the list of advanced international cities. In between these visits is a stay at the UQ Gatton campus, where you have an opportunity to interact with Aussie students in the dining halls and playing rugby (i.e., the Australian national pastime). Finally, we visit the aboriginal town of Cherbourg and learn about this culture that is estimated to be the oldest in the world at 50,000 years.

You have heard about the animals of Australia, such as the platypus, kangaroo and echidna. Many are now protected in locations like the Lone Pine Koala Sanctuary and Steve Irwin’s Zoo. If you’ve ever wanted to hold a koala or pet a wombat, then this is your chance. We also visit an animal rehabilitation site which always has a wide array of birds and mammals. On our way to the Bunya Mountains, we are joined by an ecotourism guide for in depth exploration of Australian biosystems that range from deep in the rainforest to the top of mountains.

Downtime is built into the trip as well, with several days of swimming along the Gold Coast and snorkeling in the Great Barrier Reef. So if you are interested in a three-week experience of multiple cultures from the oldest to most advanced in the world, along with a diversity of uniquely different ecosystems without having to learn a new language, then the Australia venture is for you.