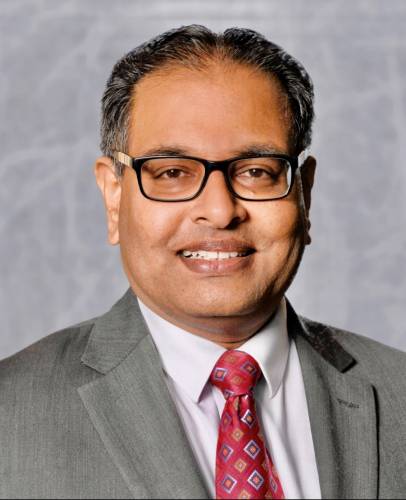 Shibu Jose serves as the associate dean in the office of research in CAFNR and as the director of the Agricultural Experiment Station.

Previously, he was the director of the School of Natural Resources at the University of Missouri.

He has received nearly $46 million in funding ($13 million as PI) and has published eight edited books and nearly 200 research articles with over 6,000 citations.

He has served as the major professor for 14 PhD, 36 MS students, 11 postdoctoral scientists and 21 visiting scholars during his career.

He has received numerous awards for research, including the highest honor for forest biology research (Barrington Moore Memorial Award) from the Society of American Foresters and the Scientific Achievement Award from the International Union of Forest Research Organizations (IUFRO). He recently received the inaugural (2018) Partner in Leadership Advancement Award from the University of Missouri and the Distinguished Alumni Award from the College of Agriculture, Purdue University.

He serves as Editor-In-Chief of Agroforestry Systems, the premier journal in the field of agroforestry, published by Springer-Nature, and on the editorial board of several other journals.

He is the chair of the Forestry Research Advisory Council that advises the U.S. Secretary of Agriculture.

Refereed Publications: Total = ~200 (selected ones are shown below;* indicates a graduate student, Postdoc or Visiting Scholar)

Please visit Google Scholar for a complete list of publications