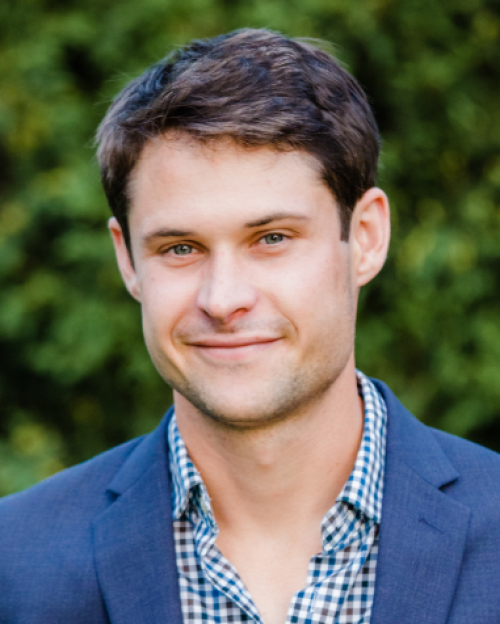 Revord’s primary research advances applied breeding programs for black walnut, Chinese chestnut, and northern origin pecan within the University of Missouri Center for Agroforestry. He also collaborates with the Hybrid Hazelnut Consortium on their mission to broaden the cultivated range of hazelnut, using interspecific hybrids of Corylus americana and C. avellana. In partnership with the Missouri Department of Conservation, Revord’s lab collaborates on efforts to collect and conserve Ozark chinquapin, with the near-term goal of characterizing and preserving the genetic diversity of remnant plants.

Our lab builds on the foundational work of Mark Coggeshall, who initiated an improvement program of black walnut for nut and kernel production in our Center. Main breeding goals are to select individuals with characteristics important for commercialization and expansion: stable year-to-year yield, spur-bearing habit, high percent kernel, mild-flavor, and health-promoting metabolites. Active studies include a 10-year-old diallel planting and two bi-paternal mapping populations. In the former, we are studying trait correlations and parental combining ability. In the latter, we are collaborating with internal and external colleagues on QTL-mapping of a variety of segregating traits – phenological, economic, architectural, pest, and disease tolerance. Two generations of breeding progeny are being organized and evaluated for near-term association analysis.

The University of Missouri Center for Agroforestry has longstanding germplasm curation and characterization efforts held at the Horticulture and Agroforestry Research Center (HARC) in New Franklin, Mo. Over 60 cultivars are maintained in this repository, and our team is expanding their characterization (nut quality and phenology) and genomic resources. Our partners are introducing new cultivars to the HARC repository.

While ramets (scion material) of many of these cultivars have been circulated for several decades, grafted trees have difficulty surviving in many environments in the eastern half of the U.S. Consequently, seedlings are often cultivated, which causes them to exhibit great genetic variability and mixed outcomes but an extraordinary opportunity for genetic improvement.

Since 2008, seed from this repository has been provided to growers, either directly or through partnering nurseries, across a wide geography in the eastern and midwestern U.S. These seedling trees represent a generation of pre-breeding materials that can aid regional chestnut industries in identifying adapted selections and preferred breeding parents specific to their respective environments. In May 2020, our team was awarded a USDA-AMS grant to characterize these on-farm seedling trees and assemble core sets of superior selections. A component of this grant is to work with growers to formalize a participatory breeding network, utilizing identified selections to derive value for the growers. The network integrates a modern, cloud-based germplasm and data management where growers will ultimately access information from a web browser.

As a part of this effort, the Revord lab is producing new full-sibling offspring through controlled crosses in the HARC repository and later with on-farm selections. The resulting offspring will be decentralized to on-farm environments for evaluation and selection. Crossing-schemes are designed to leverage these offspring for breeding objectives but also marker-trait association analysis.