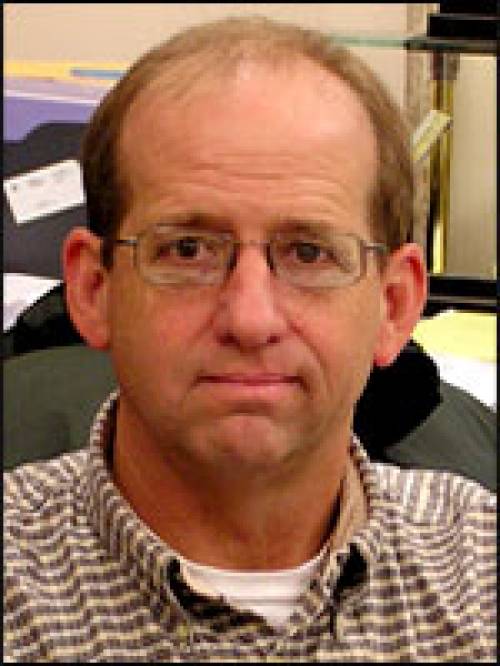 The Jim Schoelz lab is working to understand the environmental and genetic factors that influence the pathogenicity and host range of plant viruses. They have identified a gene in cauliflower mosaic virus (CaMV) that triggers a hypersensitive defence response in solanaceous species. The hypersensitive response (HR) to plant pathogens, including plant viruses, is defined as a resistance response in which the plant pathogen remains localized in necrotic lesions on the inoculated leaf. In general, necrosis and resistance are closely associated, and considered physiologically and genetically linked phenomena.

Schoelz has found that the HR of Nicotiana edwardsonii to CaMV can be genetically separated into resistance and necrosis traits that are derived from two different plant species. N. edwardsonii is a solanaceous plant that originated from a cross between N. glutinosa and N. clevelandii. They have recently shown that a single gene derived from N. glutinosa conditions resistance to CaMV, but plants react with localized chlorotic lesions rather than necrotic lesions. In contrast, N. clevelandii is susceptible to CaMV. A single gene derived from N. clevelandii triggers the development of necrosis, both local and systemic, in response to CaMV infection. When present together in N. edwardsonii, these two plant genes condition a resistance response in which the plant responds with necrotic lesions. In the future they plan to identify and clone these plant genes, as they could provide new insights into how viruses cause symptoms in plants and how plants resist viral infections.

The researchers have also shown that CaMV DNA is able to recombine with plant chromosomes and acquire sequences that can alter its host range and symptoms. This is important, because it means that plant and virus genetic material can be exchanged in nature. In order to study the mechanisms of recombination between CaMV and the plant, trangenic N. bigelovii plants were created that express a CaMV gene. When other CaMV strains were inoculated into these trangenic plants, they found that a high proportion (approximately 30 percent) had recombined with the transgene.