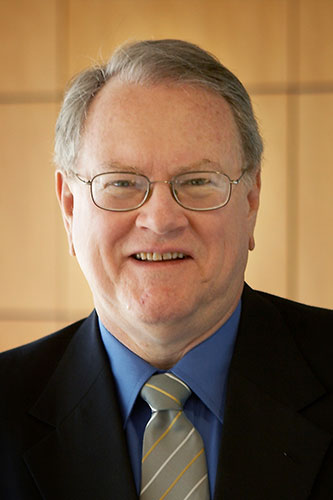 Host-microbe interactions
The Soybean-Bradyrhizorium japonicum symbiosis: A major focus of research in the Stacey lab is the symbiosis between the bacterium B.japonicum and its host plant, soybean. The result of this interaction is the establishment of a novel organ, nodule, on the root of the host. Inside this organ, B. japonicum fixes atmospheric nitrogen, which the plant can use. Plant perception of lipo-chitin nodulation signals, produced by the bacterium, is essential for induction of de novo organogenesis, leading to nodule formation. The lab’s research is focused on plant recognition of this molecule and the signal transduction pathways leading to nodule development. The lab developed the soybean root hair system as a single cell model for systems biology and have published extensively on the use of this model to examine the functional genomic response to rhizobial infection.

ATP as an extracellular signal in plants.
ATP is the energy currency of the cell but can also be released outside the cell where it plays an important signaling role. This function is well documented in animal systems but less so in plants. However, several published studies, including those from our lab, have implicated extracellular ATP as an important signal in plant growth and development, as well as the plant response to various stresses. A major recent achievement of the lab was the identification and cloning of the first plant receptor for extracellular ATP. Work is ongoing to characterize this receptor and fully explore the role of extracellular ATP in plants.

Soybean genomics and biotechnology
As part of the growing family of researchers at MU who are interested in soybean biology, the Stacey laboratory is contributing to the development of soybean genomic research. The goal of this research is to identify genes and traits that can benefit soybean agriculture. For example, at MU, the lab is developing, in collaboration with other laboratories, first-rate facilities for high-throughput molecular breeding of soybean and transformation capabilities for creating transgenic soybean with improved agronomic and/or nutritional traits.