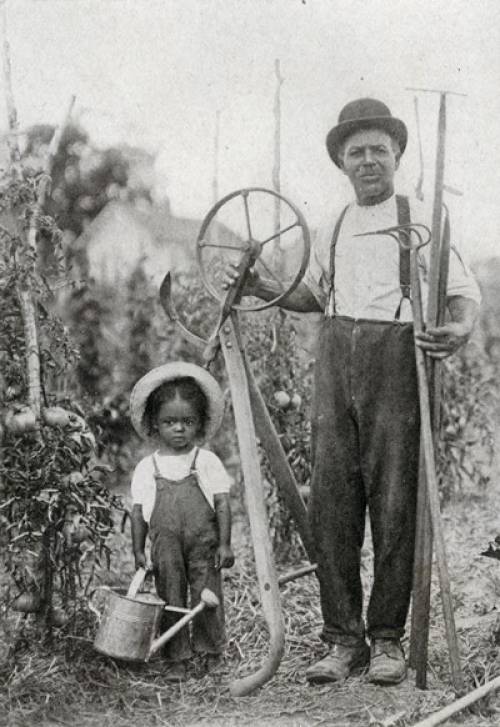 Henry Kirklin (1858-1938) was a former enslaved person who became a prize-winning gardener and horticulturist and a successful businessman. After joining the University of Missouri’s horticulture department as a gardener and greenhouse supervisor, he may have been the first African-American to teach at the university, although in an informal, unofficial capacity, as the university did not allow Black people to hold official teaching positions during his lifetime.

The head of the horticulture department noticed Kirklin’s skill and asked him to teach the lab component of some classes. At the time, only white people were allowed inside of school buildings, so Kirklin taught outdoors. According to the State Historical Society of Missouri’s “Historic Missourians,” hundreds of students learned the fine art of pruning and grafting from Kirklin, whether at the university, or by visiting his successful farm to learn about propagation after going into business for himself. He also later taught at a vocational school for African-Americans in Chariton County, Missouri, and informally at schools and fairgrounds across the state.

At the Jamestown Exposition in 1907, Henry was awarded a gold medal for preserved vegetables. In 1913, he was a delegate to the National Negro Business League convention in Philadelphia, meeting Booker T. Washington, who founded the league in 1900 and headed it until his death in 1915. Henry was often called the best African-American farmer in the country, and was featured in journals such as Country Gentleman and Successful Farming, in addition to local media. Henry worked to raise money for African-Americans to attend college during his lifetime.

Learn more about Henry and his legacy in Columbia and beyond

In the livestream recording, the live program begins at 50:16.

Trouble viewing the livestream above? Try one of these options: