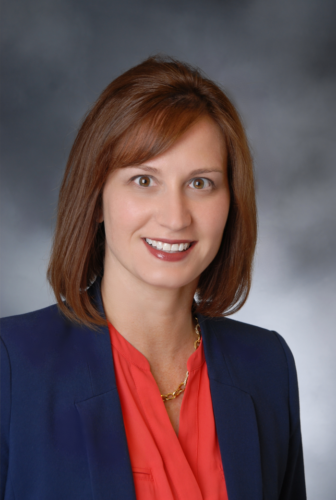 Kellie Bray is chief of staff at CropLife America in Washington, D.C. CropLife America is the nation’s largest trade organization for agriculture and pest management, representing more than 100 developers, manufacturers, formulators and distributors of virtually all the crop protection products used by American farmers and growers.

As chief of staff, Bray assists the CEO with organizational projects including strategic planning, staff structural review and alignment of the budgeting process with strategic plan priorities. She serves as a representative of CropLife America to numerous external committees and coalitions.

For a decade, Bray was a senior director of Government Affairs at CropLife America where she led government relations outreach on federal issues concerning endangered species, stewardship and homeland security. She also worked on state issues for CropLife in the Midwest region of the country.

From 2001 to 2008, Bray served in various roles with the National Association of Professional Insurance Agents. Previously, she served as the PAC coordinator for the National Cattlemen’s Beef Association from 1998 to 2001.

Bray is a native of Cameron, Missouri, and received a bachelor’s degree in general agriculture and political science from the University of Missouri. Currently, she is involved in the Agribusiness Club of Washington, D.C., D.C. Chapter of the National FFA Alumni Association and the Mizzou Alumni Association. Also, from 2016-2018, she served as national vice president for communication for Sigma Kappa Sorority.