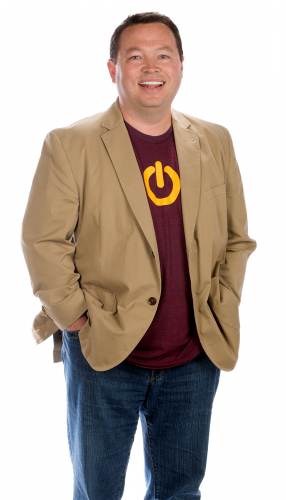 Jeff Wasson attended the University of Missouri from 1991 to 1995 before leaving school as a senior to found the travel technology company TravelNow.com, now part Expedia.com

Jeff returned to Mizzou in 2001 to complete his undergraduate degree in Parks, Recreation and Tourism.  That same year, Jeff formally began speaking with students as a guest speaker and established the Jeff and Amy Wasson Scholarship for aspiring Mizzou students.

Jeff continued his entrepreneurial career by founding two additional travel-related startup companies, EZTrip and then Gusto, which he ran as CEO until 2011.

After exiting the travel technology world and taking a two and half year hiatus to travel the world with his wife and two daughters, he re-emerged in Silicon Valley ready to find the next big thing.

In 2015 Jeff became an early investor and partner in the venture capital firm Boost VC, the world’s most active fund for bitcoin, crypto-currency, and virtual and augmented reality related companies.

With 20+ years of operational experience from startup to sale, Jeff has seen if not all of it, most of it, having raised millions in capital and having employed hundreds during his tenure. An overlapping 15+ years of personally investing in early stage companies has given Jeff the startup experience from another lens. Jeff has worked on every continent except Antarctica, and brings to bear the global perspective needed in today’s world.

Presently Jeff lives in Springfield, Missouri, with his wife and two daughters, where he enjoys participating in school activities and mentoring entrepreneurs.