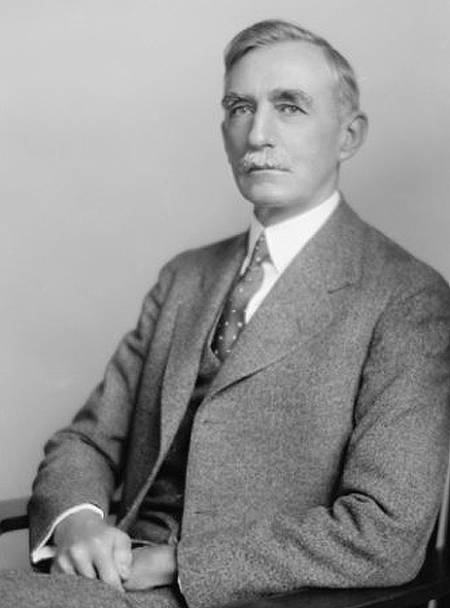 Frederick Blackmar Mumford at his retirement in 1938.

CAFNR’s prestigious award, the Mumford, recognizes an outstanding faculty member, an outstanding staff member and someone who has given the College distinguished service. The award is named after Frederick B. Mumford, the College’s fifth dean, who served in the position from 1909 to 1938.

A long-time dean, loved and respected by his faculty, and known to more farmers in the state of Missouri than any other University member in 1936 — Frederick Blackmar Mumford.

Missouri’s fifth dean was born May 1868 in Moscow, Michigan and was raised on a 400-acre farm. He was interested in an agricultural career, and enrolled at Albion College. After graduation, he became the assistant director of his school’s experiment station while he worked on his master’s degree. In 1895, he was summoned to a professorship at the University of Missouri; going from the foremost agricultural school in the country to a position at a school regarded somewhat as an orphan.

Mumford was the College of Agriculture’s acting dean from 1903 to 1905 and in 1909 he formally became dean as well as the director of the Experiment Station. More than once the USDA publicly stated that more and better work was done in Missouri than at any other experiment station.

He began his work with the farmers by attending the farmers’ institutes, the accepted method of spreading agriculture knowledge in the 1890s. In 1913, he established the Extension Service with two county agents. By 1936 that number had increased to 250.

Mumford served on the State Board of Agriculture and for 16 years as chair of the Executive Committee of the Association of Land Grant Colleges.

Mumford retired in 1938 after serving the College of Agriculture for 43 years.