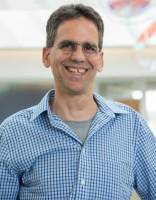 Walter Gassmann, professor in the Division of Plant Sciences, received the Frederick B. Mumford Award for Outstanding Faculty during CAFNR’s 2020 virtual Celebration of Excellence awards celebration.

Gassmann joined the University of Missouri in 2000 as an assistant professor in the Division of Plant Sciences. He became an associate professor in 2006 and a professor in 2013. Gassmann has served as the interim director of the Christopher S. Bond Life Sciences Center since 2017.

Gassmann majored in biochemistry at the Swiss Federal Institute of Technology in Zurich, Switzerland. He received his PhD in plant biology from the University of California, San Diego before joining the faculty at MU.

Gassmann’s research specializes in molecular plant pathology. He and his colleagues are focusing on the Arabidopsis RPS4 gene specifying resistance to Pseudomonas syringae expressing the cognate avirulence gene avrRps4.

Gassmann has advised more than 10 master’s and PhD students, as well as several postdoctoral fellows. He has published more than 60 refereed articles and given numerous oral and poster presentations. He has earned more than $5 million in research grants throughout his career. Gassmann was elected a Fellow of the American Association for the Advancement of Science (AAAS). He is a member of the Interdisciplinary Plant Group (IPG), one of CAFNR’s Programs of Distinction.

“The quality, creativity and significance of Walter’s research has led to national and international recognition as a leading program in the molecular dissection of plant disease resistance mechanisms,” said Bob Sharp, Curators’ Distinguished Professor in the Division of Plant Sciences and director of IPG. “Walter and his team have tackled this complex research area with sophistication, determination and rigor, and his work has been published in the highest-impact journals including a paper in the leading international journal Science in 2011, and co-authored review in the prestigious Annual Review of Plant Biology series in 2017.

“Walter is a deeply committed and highly-valued researcher and educator. He is strongly motivated by a sense of community, and is always willing to contribute wherever and whenever his help is needed.”