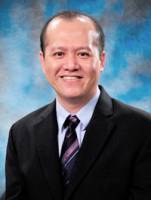 Lim earned his bachelor’s and master’s degrees in biosystems and agricultural engineering from the University of Kentucky. He received his PhD in agricultural and biological engineering from Purdue University. Lim joined the University of Missouri as an assistant professor in 2009. He held the title of associate professor of Extension starting in 2014, and was promoted to professor in 2020. Lim works with regulators, livestock specialists, producers and the agriculture industry to develop practical management and control.

Lim has received more than 30 grants, serving as the principal investigator for the majority of those projects. He has worked on many Extension and applied research projects, worth more than $2.6 million, of which he is the PI for more than $1.8 million. He has received numerous awards, including, most recently, the Ronald J. Turner Global Education Award, Brady J. Deaton Fellow in International Agriculture Award, and University of Missouri Extension Teamwork Award.

“I have been interacting with Dr. Lim since his interview here at Mizzou,” said Jinglu Tan, director of the Division of Food Systems & Bioengineering. “As his division director, I have been evaluating his work annually, and I am pleased to observe him grow from a research faculty, to excel in Extension and applied research. Dr. Lim is a great team player who can work effectively with colleagues in our division, college, university and other institutions nationally and internationally. I have been pleased to see Dr. Lim collaborating with many other Extension faculty over the years, and being active on many Mizzou Extension teams, including the Extension Swine and Dairy Focus Teams, Environmental Team, Inter-Technical Working group (Mizzou, Missouri Department of Natural Resources, and USDA-NRCS collaborate on regional animal farms and environmental issues). Dr. Lim has been leading the MU Biosecurity Team and recently won the MU Extension Teamwork award, which is well deserved.”