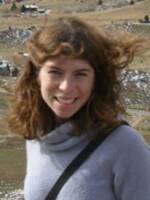 Lisa Webb, cooperative associate professor in the School of Natural Resources, has received the U.S. Geological Survey, Cooperative Fish and Wildlife Research Unit Scientific Excellence Award for 2018. This award is given to one Cooperative Research Unit faculty member nationwide (out of about 85 scientists) and is based on research productivity, student engagement and placement, and collaboration with cooperators. In addition to Webb’s research productivity (more than nine publications this year), her students and postdocs have recently received jobs throughout the country with organizations and agencies such as Ducks Unlimited, Wisconsin Department of Natural Resources, the University of Missouri, and the California Department of Pesticide Regulation. Her nomination packet included letters of support from the Missouri Department of Conservation, The U.S. Fish and Wildlife Service, Nebraska Game and Parks Commission, and The Nature Conservancy. These letters indicate how Webb’s research is being used by their agencies to benefit wetland management, endangered species and waterfowl harvest regulations. She was surprised with the award June 17 when meeting with the Missouri Department of Conservation.