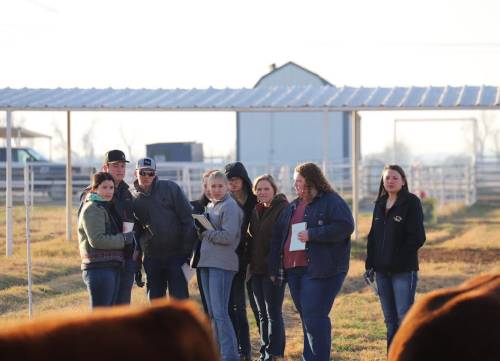 What do you do in your current role with the University of Missouri?

I am the MU livestock judging team coach, an animal sciences instructor and 4-H livestock superintendent for the Missouri State Fair. During the school year, I spend most of my time coaching the livestock judging team, teaching AN SCI 2115 Livestock Judging and guest lecturing and teaching smaller sections of several other animal sciences courses. With the Missouri State Fair, I am responsible for all the employment contracts for the livestock species superintendents, hiring several of the livestock judges, ordering T-shirts and ribbons for the shows and answering any questions about the youth show rules. I also get to host many youth education opportunities, such as the State FFA and 4-H Livestock Judging Contests, the Judging and Grading Clinic, Livestock Judging Camp, the Tiger Invitational Livestock Judging Contest and many others. Outside of these two opportunities, I have a few other hats I wear as well, including being the building coordinator for the Trowbridge Livestock Center and the faculty manager of the MU Sheep Teaching Farm. 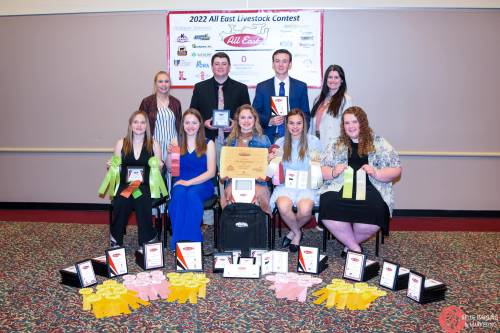 How long have you worked in this position?

I started with the University in July 2020, so I just celebrated my two-year work anniversary!

What is your favorite part about the work you do?

I have two: working with the amazing people of Missouri to help them find success in the sports of livestock judging and showing, and I literally get to look at livestock ALL THE TIME. It’s amazing that my job is exactly what I like to do in my free time.

How are you helping MU A&E Extension reach our #2xAg2030 goal?

One of the most pivotal points in the future of Missouri ag is keeping good youth in Missouri and getting them engaged in the workforce. I’m doing my part by working with the youth every day and providing them with more opportunities to engage in competitive livestock judging/showing within the state.

What is something your CAFNR and MU Extension teammates may not know about you? 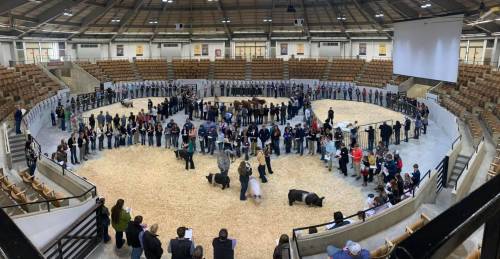 My family was some of the very first to raise Maine-Anjou cattle in the United States back in the early 1970s.

What is your hometown, place of high school graduation and degrees/universities?

I grew up on a cow/calf and club calf operation near Philip, South Dakota. I’m a 2011 graduate of Philip High School and went on to study animal science at South Dakota State University, graduating in 2015. I worked for a few years as a graphic designer for an ag newspaper and an admissions recruiter for a college in Wyoming. I returned to school for a master’s in animal science at Michigan State University, where I also served as the assistant and then head coach of the livestock judging team.