The College of Agriculture, Food and Natural Resources recently honored the six individuals chosen to receive the 2022 CAFNR Column Award for Distinguished Alumni. This is the only award specifically for alumni presented by the college. The awardee class includes one graduate from each of CAFNR’s six divisions, reflecting the six historic columns at the University of Missouri.

Stacey L. (Wood) Follis has been employed in the animal health industry for more than 21 years. Her focus is in clinical development with a wide spectrum of experience, from bovine to feline to canine to swine, contributing to more than 20 product indications with at least 30 products.

Follis started her career with Pharmacia & Upjohn in Kalamazoo, Michigan. She has not technically changed employers since, although she has been through mergers and acquisitions and worked for three additional companies (Pharmacia, Pfizer and Zoetis); she is currently associate director for Global Clinical Development, Statistics and Data Management at Zoetis. She also serves on the Animal Health Institute Working Group for Regulatory Submission Standards and Raw Data Initiative.

While a student in CAFNR, she was involved with CAFNR Ambassadors, Block & Bridle and CAFNR Student Council, and was selected as the 1997 CAFNR Agriculture Week Queen. She serves on the Board of Directors for BJC Parkland Health Center and Farmington Industrial Development Authority and is involved with the American Society of Animal Science, National Cattlemen’s Beef Association, Missouri Cattlemen’s Association, and is a chartering member of the Mizzou Alumni Association-Parkland Area Tigers Chapter.

She enjoys mentoring and is passionate about agriculture. Follis is a member of Mizzou’s Griffith’s Leadership Society for Women, past president of Mizzou Alumni Association Parkland Area Tigers, past president of the University of Missouri College of Agriculture, Food and Natural Resources Alumni Association, and is part of the St. Francois County Extension Council.

“Stacey Follis is a tiger’s tiger,” said Bryon Wiegand, director of the Division of Animal Sciences. “Her leadership as president of the CAFNR Alumni Association was a direct testament to the value she places on the educational opportunities she found at Mizzou. Stacey is prominently positioned in the world of animal agriculture, but never seems to forget the color of her stripes. In her own words, ‘Come to CAFNR to find your tribe.’ This kind of advocacy helps secure a multitude of resources for future generations of CAFNR-made students.” 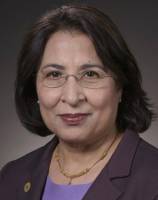 Tahira Hira is an internationally recognized leader in personal finance and consumer economics. She is professor emeritus in the Department of Human Development and Family Studies at Iowa State University and also served as senior policy advisor to the president of the university, overseeing initiatives around enhancing research, awards/honors and the student experience. Her research and teaching focused around consumer behavior, financial literacy, investment behavior and financial education. She also served as assistant to the president and as associate vice provost for ISU Extension over her 34-year tenure at the university.

She has served as a member of the U.S. President’s Advisory Council on Financial Literacy, chaired the NYSE committee on financial literacy, was founding president of the Association for Financial Counseling, and founded the Iowa State Financial Counseling Center. She has published more than 140 articles and given hundreds of presentations, both nationally and internationally. She has been cited in The New York Times, The Washington Post, the Wall Street Journal, The Chicago Tribune, Business Monthly, The Christian Science Monitor, Nippon Deizai Shinbun, Modern Maturity, Money Magazine, and Your Money, and appeared on National Public Radio, the NBC Today Show, CNN News, and CBS.

Hira has received the University of Missouri Distinguished Alumni Award, the Distinguished Fellows Award from the Association for Financial Counseling and Planning Education, and the Iowa State Board of Regents Award for Faculty Excellence. Hira is a recipient of both national merit and Fulbright-Hays scholarships.

“Dr. Hira is recognized nationally and internationally as one who leads with integrity and excellence,” said Deanna Sharpe, associate professor of personal financial planning. “Throughout her distinguished career, Dr. Hira has focused on advancing financial education and skill development. Dr. Hira’s dedication to improving the lives of others via quality research and education is a consistent theme in her work. She has always underscored the importance of making research ‘practical and applicable.'” 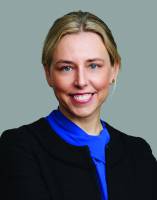 Now, she’s using her skills to represent county and municipal governments in hundreds of cases against opioid manufacturers, distributors and retail pharmacies. Burns is a senior member of the opioid litigation team at national law firm Simmons Hanly Conroy LLC, and was part of a historic win against the opioid supply chain last year. Burns earned her JD from the University of Tulsa College of Law, where she graduated with honors.

She received the 2022 Women’s Justice Award from Missouri Lawyers Weekly. Burns has served as the coordinator for the Alton Blessings in a Backpack program, leading the effort to bring the program to the Alton, Illinois school district, which resulted in 200 underprivileged children receiving free lunches during the weekends and holiday breaks for multiple years.

“Though life has lead her down a path quite different than where she started here in CAFNR, we couldn’t be prouder of this esteemed alumna and the tremendous work she has done to protect Missouri communities,” said Michael Chapman, director of the Division of Biochemistry. 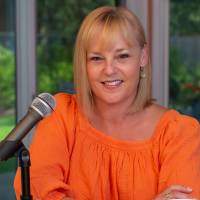 As the CEO of Sound Bites, founded in 2011, Melissa Joy Dobbins is a podcaster, speaker and spokesperson. She helps people make well-informed food decisions based on facts, not fear, so they can enjoy food with health in mind. She is a media trainer and communications coach to food, nutrition and wellness professionals.

Well-known in the nutrition field, Dobbins has made more than 200 television appearances, including some national, and has hosted a weekly nutrition segment on nationally syndicated US Farm Report: Town & Country Living. She has given more than 100 radio interviews and has had more than 400 print interviews and bylines. Her podcast is consistently rated as a top nutrition podcast and has more than 200 episodes. She has served as an expert witness for the federal government, a national media spokesperson for the American Association of Diabetes Educators, National Dairy Council and the Academy of Nutrition and Dietetics, and as media co-chair for the Illinois Dietetic Association.

She began her career working as a clinical dietitian in a Chicago hospital, and then moved to outpatient care and became certified in diabetes education. She developed the very first consumer education program in Chicago’s leading supermarket chain and has also taught various college-level nutrition courses.

“Melissa is a strong advocate of food and agriculture,” said Catherine Peterson, associate professor of nutrition and exercise physiology. “In addition to her work with National and State Dairy Councils, Melissa has worked with many other agriculture-related advocacy/commodity groups to help promote more productive dialogues about food and farming.” 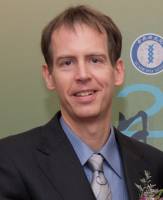 Paul Verslues is a leading international researcher in plant abiotic stress biology. After receiving both his bachelor’s and master’s degrees at Mizzou, he pursued a PhD at the University of California-Riverside (2004), followed by a postdoctoral position at the same institution, for which he received a highly competitive NIH Postdoctoral Fellowship.

In 2007, Verslues moved to Taiwan to take an appointment in the Institute of Plant and Microbial Biology (IPMB) at Academia Sinica. In 2017 he was promoted to research fellow, equivalent to full professor; he has received both the 2013 Shang Fa Yang Young Scientist Award for research accomplishments of plant scientists under age 42 working in Taiwan, and the 2020 Outstanding Research Award from the Taiwan Ministry of Science and Technology. He is also an adjunct professor at the Biotechnology Center, National Chung-Hsing University in Taiwan.

He has published extensively in high-impact journals, including six papers in PNAS, and four in The Plant Cell. His expertise is internationally recognized, as evidenced by his appointments to The Plant Cell as reviewing editor (2020-present) and senior editor (2021-2022) for a focus issue on Climate Change and Abiotic Stress (scheduled for publication in January 2023). He was recently elected as the co-chair of the prestigious biennial Gordon Conference on Salt and Water Stress in Plants, to be held in 2026.

“During his bachelor’s degree, he pursued a substantial independent research project on the physiological and biochemical regulation of proline accumulation in the growth zone of water-stressed maize roots,” said Bob Sharp, Curators Distinguished Professor, plant science and technology, and Verslues’ research advisor. “The proposal he prepared for this project was so well developed that he stayed on to pursue the study for a master’s degree. On receipt of the proposal, our collaborator Dr. David Rhodes at Purdue University called me to double-check that Paul was actually an undergraduate and not a doctoral student!” 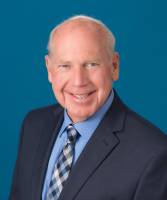 Mike Griggs has had a long tenure with the City of Columbia, most recently serving as acting deputy city manager, in addition to serving as director of the Columbia Parks and Recreation Department (CPRD) from 2013-2022, among other roles.

He has overseen the creation of a number of world-class facilities that are now big economic drivers for the city, including the MU Health Care Pavilion at Columbia’s Agriculture Park, Gans Creek Cross Country Course and the Columbia Sports Fieldhouse. In the midst of a pandemic, he led CPRD efforts in keeping parks, trails and green spaces open and staffed to support residents’ physical and mental health, while also delivering vital services and recreation programs. Under his leadership, local support of the services of parks and recreation has been evident; the 2021 Park Sales Tax passed with an unprecedented 80 percent of votes.

Griggs has served as an adjunct instructor for the SNR Parks, Recreation and Sport program and as president of Missouri Park and Recreation Association (MPRA). He has received the SNR Black and Gold Distinguished Alumni Award and has been honored as an MPRA Fellow, among other awards.

“Mike has been a member of our SNR Advisory Council since 1995,” said School of Natural Resources Director Pat Market. “He is a constant presence at meetings and is always willing to help out with anything the School has requested. Mike gives back and then gives more and is such a great example of how well someone can wear leadership.”

See more photos from the event on CAFNR’s Flickr page.