Established in 1981, the Interdisciplinary Plant Group (IPG) celebrated its 40th anniversary in 2021. The IPG is a community of University of Missouri (MU) faculty, graduate students, postdoctoral fellows and professionals pursuing transformative ideas in the field of plant biology. The group seeks to encourage cooperation between scientists engaged in plant molecular biology, physiology, biochemistry, genetics, biotechnology, evolution, ecology and computer science. 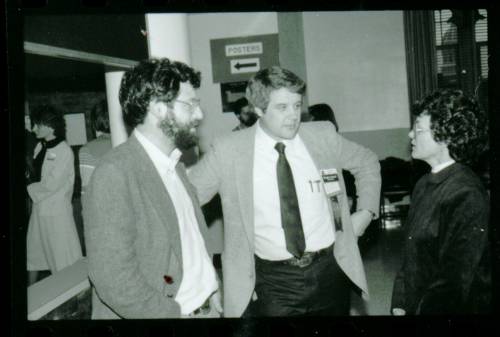 In the 1970s, MU plant biologists already had a loose association for seminars and to share resources. In 1981, the group received the Weldon Spring Endowment, a competitive grant proposal, that helped formalize the program. The goal was to develop a collaborative environment where faculty and students could share ideas and expertise, host visiting scientists, share equipment and resources, guide students in multidisciplinary research and coordinate teaching. The grant provided funding to produce brochures, sponsor seminars, jointly recruit students, hold the first symposium, and support graduate student assistantships.

“The concept of IPG began with faculty and graduate students and was made possible because of Chancellor [Barbara] Uehling and the Weldon Spring Endowment, the CAFNR Dean at the time, Roger Mitchell, and the state-funded Food for the 21st Century Program,” said Doug Randall, founder of IPG and professor emeritus of biochemistry. “The success of the IPG and its national and international stature are the result of this investment. The faculty and their research teams believed in the common good for the plant biology community.”

Today, the IPG fosters collaborative activities through an annual international symposium (planning is underway for the 38th in the series in May 2022), seminars and workshops, training programs and national and international partnerships. The mission is accomplished by providing a supportive and flexible environment that allows scientists to explore research that transcends traditional departmental boundaries. 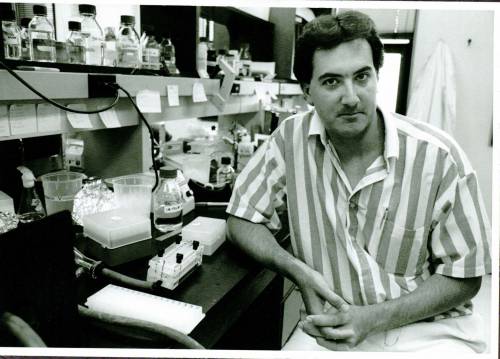 John Walker was director of IPG from 2008 to 2011. Walker is a Curators’ Distinguished Professor in Biological Sciences.

“IPG is a model for collaboration. It involves faculty, staff, graduate students, colleges and administrations,” said John Walker, previous director of IPG and Curators’ Distinguished Professor of Biological Sciences. “It takes all of these stakeholders to create the distinctive, interactive environment found in IPG.”

Sharp, Curators Distinguished Professor in the Division of Plant Science and Technology, was named IPG director in July 2011.

“I’ve been a part of the IPG since being hired as an assistant professor in 1986,” said Sharp. “It has been a very rewarding experience to serve as director for the past 10 years. It has been a great pleasure to work with my colleagues in the group and with MU administration to enhance MU’s plant biology program.

“Together, we have made a lot of accomplishments in the past 10 years. These achievements would have not been possible without the invaluable efforts of Vicki Bryan, IPG coordinator, who has worked with me throughout my time as director.” 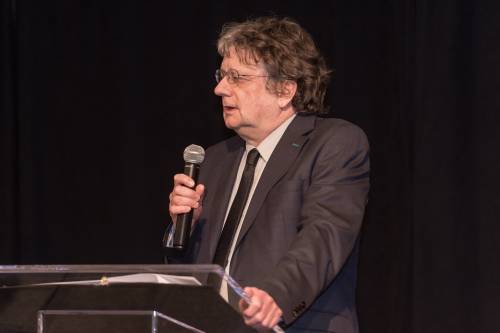 Over Sharp’s tenure as director, he has coordinated the recruitment of six senior faculty hires in plant biology, including four joint positions between MU and the Donald Danforth Plant Science Center in St. Louis. Sharp also led the planning and design of the $28.2 million East Campus Plant Growth Facility, which opened in November 2019. This facility greatly enhances MU’s capabilities in plant biology research by providing over 23,000 sq. ft. of state-of-the-art greenhouse space, dedicated rooms for efficient processing and storage of plants and seeds, in addition to some of the tallest controlled-environment plant growth chambers in the world, enabling researchers to grow corn to maturity, for example, as well as evaluate root system development in realistic soil depths. Enhanced collaborative relationships which have strengthened the group’s international linkages, including partnerships and faculty/student exchange programs with institutions in South Africa, China and Brazil.

In March 2019, the IPG was selected as one of seven Programs of Distinction in the College of Agriculture, Food and Natural Resources (CAFNR), which serves as the group’s administrative home.

“By bringing together the interdisciplinary strengths of the campus-wide plant biology community, the IPG serves to promote MU’s prominence in plant biology research and education at the local, national and international levels,” Sharp said. “Through its activities and accomplishments over our 40-year history, the IPG has achieved global recognition as a leading plant research and education program.”

The IPG has celebrated its 40th anniversary with a series of seminars throughout the fall 2021 semester, featuring prominent IPG alumni from each of the four decades of the program.