The College of Agriculture, Food and Natural Resources recently honored the six individuals chosen to receive the 2021 CAFNR Column Award for Distinguished Alumni. This is the only award specifically for alumni presented by the college. The awardee class includes one graduate from each of CAFNR’s six divisions, reflecting the six historic columns at the University of Missouri. 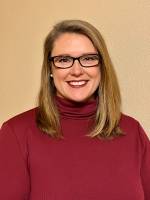 Janet Snow is an expert in poultry nutrition, recognized both nationally and internationally. She has worked for some of the most prominent nutrition and pharmaceutical companies in the world, including Elanco and BASF. Her influence on developing dietary protocols for production of laying hens, broiler chickens and turkeys in North, Central and South America is rivaled by few.

She earned her master’s and doctoral degrees in animal science at Michigan State University and University of Illinois Champaign-Urbana, respectively. Over the course of her career, Snow has been responsible for feed ingredient quality control, setting nutrition specifications, communicating research results and managing multi-million-dollar sales budgets while supervising the nutrition teams.

“Janet Snow has a servant’s heart and juggles an incredibly complex professional schedule while making a significant impact locally through volunteerism. Dr. Snow is a technically savvy scientist with an unusual ability to disseminate technical information to varied audiences in a diverse collection of settings,” says Bryon Wiegand, director of the division of Animal Sciences.

Janet and her husband Scott have actively served as 4-H and youth development leaders across Missouri and Illinois. Most recently, she was elected to the county Extension council in Boone County, where she uses her expertise to provide local programming for youth projects in swine production through education clinics that cover genetics, nutrition, reproduction and housing management.

“The Division of Animal Sciences was in need of an instructor in Monogastric Nutrition due to a faculty retirement. Dr. Snow stepped up and developed course materials and delivered the course with efficiency and professionalism seen in seasoned faculty,” notes Wiegand.

“Janet’s willingness to ‘give back’ to the academic home that launched her career is incredible.”

As the former CEO of Ag Processing Inc. (AGP), Keith Spackler led the largest cooperatively-owned soybean processing facility in the world. AGP is a complex organization – owned by 147 cooperatives that are in turn owned by 250,000 farmers. He serves on the executive committee of the National Council of Farmer Cooperatives, and as chairman of the Board of Trustees of the Graduate Institute of Cooperative Leadership (GICL) at the University of Missouri. In this capacity, Spackler initiated and successfully completed a capital campaign to raise over $1 million to hire new research and Extension faculty.

Spackler received the 2021 Citation of Merit Award from the CAFNR Alumni Association for his work on the campaign that invested in GICL’s future. This award is given to individuals for professional attainment in a field related to the academic curriculum of a division at the University of Missouri.

Throughout his tenure at AGP, Spackler aimed to advance the work environment and business culture to allow AGP to generate exceptional financial results, while maintaining a strong and strategic industry position.

“Keith’s quiet, unassuming manner combined with his far-sighted, perceptive intuition allows him to make powerful impacts for the collective good. He is guided by respect and compassion for rural people and their communities.” 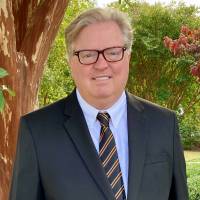 Nicholas Duck is the founder and CEO of Avertica, an early-stage start-up company that develops novel compounds and polymers for electronic device applications. Many of these compounds are inspired by naturally-occurring, biological polymers, and have uses in touchscreen devices, solar collectors and energy storage. The company’s vision aims to generate and develop inexpensive, simple methods for producing these polymers so that they are useful in diverse applications.

In 2001, Duck and several colleagues co-founded the company Athenix, and he served as its Vice President for Research, leading chemical and gene discovery programs for the agricultural sector. Athenix was acquired by Bayer in 2009. Duck continued with Bayer for another two years, leading the research efforts of a team of about 100 scientists and staff at Bayer’s Innovation Center near Research Triangle Park, North Carolina. Duck has more than 50 patents and numerous scientific publications to his credit.

“Dr. Duck represents the highest levels of success in a career path translating from academic research to commercial application. His career serves as an inspiration to our trainees who are considering how to leverage their education for societal impact. It is a privilege to nominate him for a Column Award,” says Michael Chapman, Wurdack Professor and Chair, Department of Biochemistry. 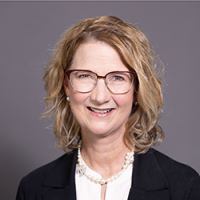 Sheri Smithey is a technical leader and food process engineer who has built a global career with Nestle Purina.

Upon completion of her degrees at Mizzou, Smithey went to work for Nestle Research and Development, and has spent her entire career in various arms of the company, including a two-year assignment in Europe.

In August 2019, she visited campus to meet the leadership in the both College of Engineering and the College of Agriculture, Food and Natural Resources about training professionals for the work force, and a wide-range of research and development topics. She is a champion for education, mentoring and teaching young engineers through her company and at Mizzou College of Engineering. Developing talent for the future is an area that Smithey finds to be of utmost importance.

“In terms of the engineering group that she grew and developed, she routinely identified the deeply gifted technical leaders and worked with them, and on their behalf, to create opportunities that accelerated their growth and brought visibility and recognition to them, in support of their long-term career interests,” says Cheryl Hansen, former Vice President and Director, Nestle Purina Research and Development.

She has supported Mizzou students by serving the university in several roles, including the MU Research Advisory Council and the Biological (Agricultural) Engineering Advisory Council.

“Although she graduated and moved from Columbia in 1993, she has never left in terms of relationships and helping out with the University of Missouri mission. She has mentored and provided council to all levels from undergraduate students through campus leadership,” says Steve Borgelt, Chancellor’s Professor and associate professor emeritus of Plant Science and Technology and Biomedical, Biological and Chemical Engineering.

Sherry Flint-Garcia is a research geneticist and lead scientist with USDA and adjunct professor of Plant Science and Technology. In her lab, the research focus is on genetic diversity of maize and the impact of artificial selection on protein and amino acid composition of the kernels. She earned her PhD at Mizzou in the interdisciplinary Genetics Area Program, of which many CAFNR faculty are affiliated. Her research was supervised by Michael McMullen, adjunct professor of Plant Science and Technology, and Larry Darrah, professor emeritus of agronomy.

“Sherry is a world-leader in maize quantitative genetics and breeding. She, along with colleagues, developed the maize Nested Association Mapping (NAM) resource, a revolutionary advance in plant research, quantitative genetics, and biology. The impact of this research tool on plant biology is incalculable and will contribute new knowledge on the function and influence of maize genes for years to come,” writes David Braun, professor of Plant Science and Technology.

She has received grant funding from the National Science Foundation (NSF) and USDA National Institute of Food and Agriculture (NIFA) on major initiatives that determine maize adaptability across latitude and high elevation in Mexico and the Andes Mountains in South America. Flint-Garcia has been invited to present her research across the United States, as well as in Mexico, Switzerland, France and Japan.

“Dr. Flint-Garcia has distinguished herself as an eminent scientist in the fields of maize genetics and agriculture. She has brought great honor to MU as an alumna and additionally as a representative of the university in her current position,” says James Birchler, Curators’ Distinguished Professor of Biological Sciences. 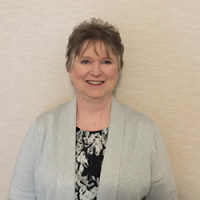 Delores Knipp is a research professor at the University of Colorado and a senior research associate at the National Center for Atmospheric Research. Knipp’s research career has focused on the weather that occurs high above the earth’s surface, where the line between space and atmosphere is blurred.

She works with students to investigate methods for improving scientific use of space environment measurements from the Department of Defense, NASA and international space missions.

“Delores’s intriguing research into historical space weather events introduced whole new perspectives on the intersection of space weather, its underlying science, geopolitics and society. Drawing upon her professional contacts within the Department of Defense, she has researched declassified archives along with open sources to reveal little-known, but very significant, impacts of space weather,” says William Lotko, Ballard Professor Emeritus at Dartmouth Thayer School of Engineering Sciences.

“Knipp has long been devoted to the ideals of teaching, research, and service. In addition to her current positions, she also spent nearly a decade as a professor of physics at the United States Air Force Academy. During this tenure, she visited MU for a sabbatical semester, where she taught — pro bono — a well-subscribed course on Space Weather, using a working manuscript of her textbook (published in 2011) ultimately entitled Understanding Space Weather and the Physics Behind It,” says Patrick Market, director, School of Natural Resources.

“Dr. Knipp has also given significantly to MU of her time and resources.”