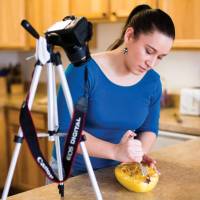 Gladstone (Blackfeet, Cherokee) is a chef and founder of Indigikitchen, an online platform dedicated to indigenizing diets using native foods. Using foods native to their Americas, Indigikitchen gives viewers the important tools they need to find and prepare food in their own communities. Gladstone has been recognized as one of the 25 Under 25 Leaders in Indian Country, a Champion for Change and was also the keynote for the 2021 CAFNR Agroforestry Symposium. 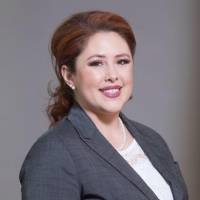 Hotvedt, a citizen of Cherokee Nation, is a seasoned legal professional working with the Indigenous Food and Agriculture Initiative (IFAI), an organization that provides tribal governments, producers and food businesses with educational resources, policy research, and strategic legal analysis as a foundation for building robust food economies. When she served as director of Tribal Enterprise with the IFAI, she worked with tribes and in tribal policy to advance food security and tribal agriculture enterprise development. Prior to joining IFAI, she created and directed the Division of Agriculture and Natural Resources at Muscogee (Creek) Nation. 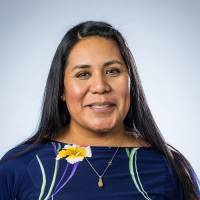 A-dae Romero-Briones is the Director of Programs for the Native Agriculture and Food Systems Initiative at the First Nations Development Institute, a role she stepped into in 2017, after first joining the organization as Associate Director of Research and Policy for Native Agriculture. She previously worked for the University of Arkansas School of Law Indigenous Food and Agricultural Initiative while earning her LL.M. degree in Food and Agricultural Law, focusing on Food Safety Modernization Act as it applied to the federal-tribal relationship. A U.S. Fulbright Scholar, A-dae received her Bachelor of Arts degree in public policy from Princeton University and received a Law Doctorate from Arizona State University. 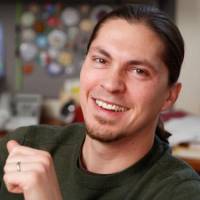 Carroll is an associate professor of ethnic studies at the University of Colorado. He received his doctorate from the University of California-Berkeley in Environmental Science, Policy, and Management. As a citizen of Cherokee Nation, Carroll works closely with Cherokee people in Oklahoma on issues of land conservation, traditional ecological knowledge and practices, and American Indian environmental health. He credits his father for this passion. In 2015, he published a book titled Roots of Our Renewal: Ethnobotany and Cherokee Environmental Governance. Carroll has received fellowships from the U.S. Environmental Protection Agency and the National Science Foundation and his work has been published in peer-reviewed journals including Geoforum and Environmental Research. 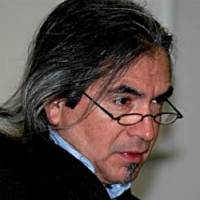 Daniel Wildcat, citizen of Muskogee Nation, earned his PhD at UMKC and is a professor at Haskell Indian Nations University in Lawrence, Kansas. He is also director of the Haskell Environmental Research Studies Center, which he founded with colleagues from the Center for Hazardous Substance Research at Kansas State University. Wildcat helped design a four-part video series entitled All Things Are Connected: The Circle of Life, which dealt with the land, air, water, biological, and policy issues facing Native nations. Wildcat recently formed the American Indian and Alaska Native Climate Change Working Group, a tribal-college-centered network of individuals and organizations working on climate change issues. 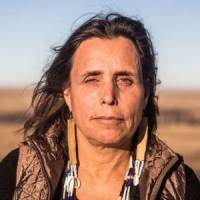 LaDuke, a citizen of Anishinaabe Nation, lives and works on the White Earth reservation in northern Minnesota. As the program director of Honor the Earth, she works nationally and internationally on the issues of climate change, renewable energy and environmental justice with Indigenous communities. In her own community, she is the founder of the White Earth Land Recovery Project, one of the largest reservation-based non-profit organizations in the country. In 1994 LaDuke was nominated by Time magazine as one of America’s fifty most promising leaders under forty years of age. 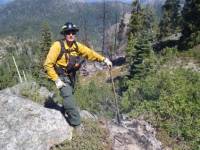 Lake (Yurok, Karuk) is a research ecologist for the Fire and Fuels Program in the Pacific Southwest Research Station for the U.S. Forest Service. After graduating from University of California-Davis in 1995, he worked as a zone district fish biologist on the Rogue River National Forest. Wildfires and the importance of fuels and forest management became a focus of Lake’s work. As he became fireline certified, he sought ways to incorporate tribal, traditional and ecological knowledge into his professional and academic work. Lake went on to earn his PhD at Oregon State University, crossing over from fish management to wildland fire and fuels research. He still works in this area of agroforestry and continues working with indigenous and tribal communities.