Segarra worked with his family’s construction business in Monterrey, Mexico, while earning a BS in economics. He then learned English in four months so he could come to Mizzou for a MS in ag econ. For the last 30+ years, he has been a professor of ag econ at Texas Tech University. During his time at TTU, Segarra served as the first Latino department chair, as well as the first Latino president of Southern Agricultural Economics Association (SAEA) and the Agricultural & Applied Economics Association (AAEA) Foundation. 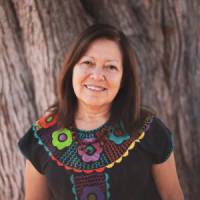 Treviño is the executive director and co-founder of Alianza Nacional de Campesinas (ANC), the first national farmworker women’s organization that empowers women farmworkers in policy making and leadership, and combats violence in the fields. Treviño worked in agricultural fields since she was eight, and became an organized union worker with UFW in the 1970s. She earned a Master of Arts in Social Science from Antioch University, with a focus on rural development. ANC facilitates workshops on workplace protections for women farmworkers in California. Today, ANC is comprised of 15 member organizations and groups whose advocates and educators span 10 states and Washington, D.C. She has won numerous awards for her efforts. 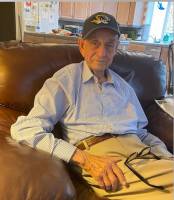 Castro, a native of Lima, Peru, came to the United States in 1945 to attend Mizzou, making him one of the first Latin American students. Castro and his best friend, Eugenio Cogorno (BS Ag ‘49), left Peru during WWII, when travel resources were reserved for wartime efforts, and traveled by foot, train, plane and bus through Ecuador, Guatemala, and Mexico to reach Columbia. His research on hybrid sorghum impacted food production and introduced the well-adapted crop to farmers in Mexico and south Texas. While working with DeKalb, Castro was commended by the Agronomy Society of Mexico for these efforts.

Molina worked as a postdoctoral researcher at University of California, Irvine, in the lab of F. Sherwood Rowland from 1973-75. It was here that he discovered chlorofluorocarbons (CFCs) that are commonly used in refrigerants and aerosol sprays, destroy ozone once released into the atmosphere. As a child growing up in Mexico City, Molina was intrigued with chemistry, even converting his family’s bathroom into a lab. After gradating from UC Irvine, he went to work for NASA’s Jet Propulsion Lab, and in turn, led to increased regulation of CFCs. In 1995, Molina and Rowland were awarded the Nobel Prize for Chemistry for their work on CFCs. He was also awarded the 2013 Presidential Medal of Freedom by Barack Obama for contributions as a “visionary chemist and environmental scientist.” 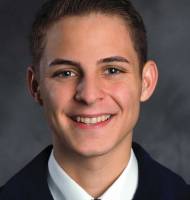 Born and raised in Puerto Rico, Roman grew up working on his dad’s pig farm. He is an animal science major at the Universidad de Puerto Rico. Roman served as the Southern Region Vice President on the 2019-20 National Officer Team, making him only the third-ever national officer from Puerto Rico.

In an interview with National FFA, he says, “When people see Puerto Rico on our jackets at national convention, they come up and say, ‘Hey, you speak Spanish? So do I.’ That unites us.”

Leloir was an Argentine biochemist who discovered sugar nucleotides. His work examined the process our bodies use to break down carbohydrates and convert them to energy. He established the Institute for Biochemical Research, Buenos Aires in 1947. Here, he further researched lactose breakdown and metabolic pathways in sugars, and the ultimate discovery of the sugar nucleotides. In 1970, Leloir was awarded the Nobel Prize for Chemistry for his investigations into these processes.

Deecke was raised on a coffee farm in southern Mexico, and was connected to small-scale farmers. Once she completed her agronomy degree, she worked with nonprofits on food security projects in the Chihuahua desert. She has devoted her work to training family farmers on how to produce abundant and nutritious foods for their family and community. From this, she founded the Center for Innovation on Small-Scale Sustainable Agriculture (CIASPE) – which strengthens self management for small farmers and female leaders, while elevating the quality of life. CIASPE organization teaches the rural population about health and nutrition in addition to agroecology to help develop skills and the potential to generate additional income.

Elgio “Kika” de la Garza served as chairman of the House Agriculture Committee from 1981-1984, and prior to his election to the House, he was the only Hispanic member of the Texas House of Representatives. He was instrumental in helping pass several agricultural laws, including the Agricultural Credit Act of 1987. He fostered trade relationships with the U.S. and Mexico and had a pivotal role in establishing the North American Free Trade Agreement (NAFTA). Representative de la Garza was also a founding member of the Congressional Hispanic Caucus Institute, an organization which he chaired from 1989-1991.

Ynes Enriquetta Julietta Mexia was one of the most successful female botanists, but didn’t begin her career until age 55. She traveled across the Americas collecting plant specimens and was the first botanist to collect in what is now Denali National Park. Mexia made trips to Ecuador and Peru, as well as Mount McKinley National Park in Alaska. All of her research and plant-collecting excursions were funded by selling her plants to institutions and private collectors. Though her professional career was only 13 years, she collected at least 145,000 specimens in her travels – 500 of which were new species. 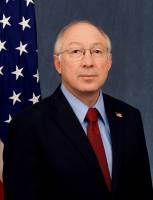 Ambassador, Secretary of the Interior

Salazar is the current U.S. Ambassador to Mexico and formerly served as the 50th  Secretary of the Interior in the Obama Administration. As Secretary of the Interior, Salazar managed the National Park Service, ensuring that the national parks were inclusive of America’s tribal and minority communities. Under his leadership, the DOI created seven new national parks, including Pinnacles National Park in California. Salazar also oversaw the Bureau of Land Management, United States Fish and Wildlife Service and United States Geological Survey. He previously was elected as U.S. Senator, representing Colorado from 2005-2009 – the first Hispanic American from Colorado to serve in the U.S. Senate.