When Samantha Turner first declared an agricultural education major within the University of Missouri College of Agriculture, Food and Natural Resources (CAFNR), she was focused on educating future generations of agriculturists as a high school teacher.

Once Turner got into the program and got more involved, she knew that agricultural education was the right path. However, she realized that instead of communicating agriculture to only high school students, she wanted to share that knowledge with individuals throughout Missouri outside of the classroom.

After multiple internships and professional work experiences related to agriculture communications – and numerous leadership opportunities within CAFNR – Turner now has the opportunity to share the agriculture message across the state as the newly named director of communications for Missouri Soybeans. 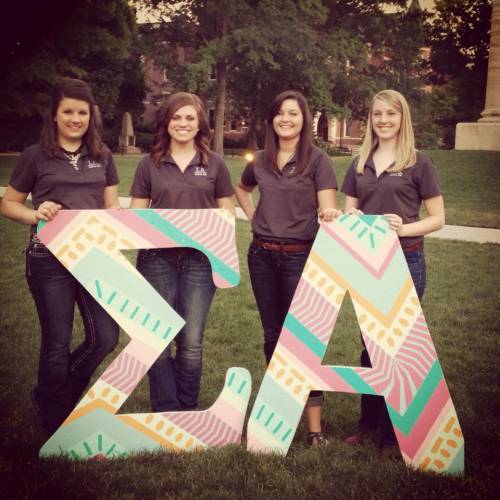 Turner (second from right) joined the Sigma Alpha sorority when she came to the University of Missouri. Photo courtesy of Samantha Turner.

Turner grew up on a row crop farm in Norborne, Mo. She knew that a career in agriculture was always in her future – and she knew CAFNR would be the best spot to help her reach her goals.

“I always knew that the University of Missouri would be home and that CAFNR would be where I placed my roots,” Turner said. “My dad and grandpa were both CAFNR students, so it was a family legacy that I wanted to continue.”

Turner got involved right when she walked onto campus. She was part of Sigma Alpha and served as both a CAFNR Ambassador and Peer Career Coach. Turner worked on campus during her collegiate career as well, within the CAFNR Career Services office. Turner served as Missouri state FFA officer and with Missouri Farm Bureau, too.

“I owe so much to CAFNR,” Turner said. “The College is such a close-knit community, full of opportunity. The faculty and staff support you 100 percent of the way. I had so many conversations with my professors about getting to where I wanted to go with the agricultural education degree, and they were so willing to help me each step of the way.”

After finishing her bachelor’s degree in 2016, Turner decided to stick around the MU campus and earned her master’s degree in agricultural leadership, communication and education. She completed that degree the next year, in 2017.

“When you’re preparing to enter the workforce, you have to set yourself apart,” Turner said. “So what are you doing during your time on campus to help you reach your goals? CAFNR offers so many opportunities to get involved that there’s really no excuse to not to see what’s out there. Everyone in the College is there to help students be successful, so students shouldn’t be afraid to ask.”

Turner interned with Missouri Soybeans on two different occasions while at MU. She was the public relations intern as a freshman and worked as the biodiesel outreach intern during her senior year. Having the opportunity to come back to a familiar organization was something Turner couldn’t turn down.

“I was humbled when I was selected as the director,” Turner said. “It’s a space that I’m familiar with. A lot of our family vacations growing up revolved around where the annual soybean meeting was taking place. When the position came open, I saw such a good opportunity to give back to Missouri agriculture. I’ve always been interested in the work the association does and the members they serve.” 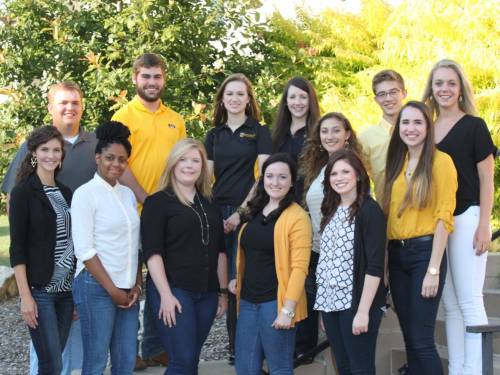 Turner joins Missouri Soybeans after more than three years as the communications manager for the National Biodiesel Board. Turner’s first job was with the food and nutrition engagement team for the Monsanto Company (now Bayer). She received the offer while finishing her master’s degree.

“The combination of the communication internships and my agricultural education degrees were so important,” Turner said. “Both prepared me to jump right into a communication role.”

Turner added that she’s excited to showcase all of the new opportunities for the soybean grower and continue to work with CAFNR.

The CAFNR Career Services office recognizes career development as a lifelong process and is committed to helping students think about their future and work to make that future a reality. CAFNR has been incredibly successful in that regard as 99.2 percent of CAFNR graduates report a successful career outcome, such as employment, continuing education or military service, within six months of graduation. Also, 85 percent of CAFNR students are employed in a field directly related to their degree program after graduation.