The zebra finch is capable of vocal learning, a rare talent… Expand ▸

In 2003, scientists finished sequencing the entire human genome, paving the way for new discoveries about genetic disorders and the numerous ways that genes influence behavior, health and other traits. But the importance of a complete genome for scientific reference is not limited to humans — researchers are now engaged in an all-out push to assemble the genomes of vertebrates across the animal kingdom, racing to unlock the secrets behind the genetic origins of unusual behaviors and the evolution of devastating diseases.

In a flagship paper recently featured on the cover of Nature, more than 100 researchers worldwide contributed groundbreaking research to an effort to improve the accuracy of vertebrate genome sequencing. Among them was University of Missouri Professor Wesley Warren, who is piecing together bird genomes to learn what drives behavioral differences between species. 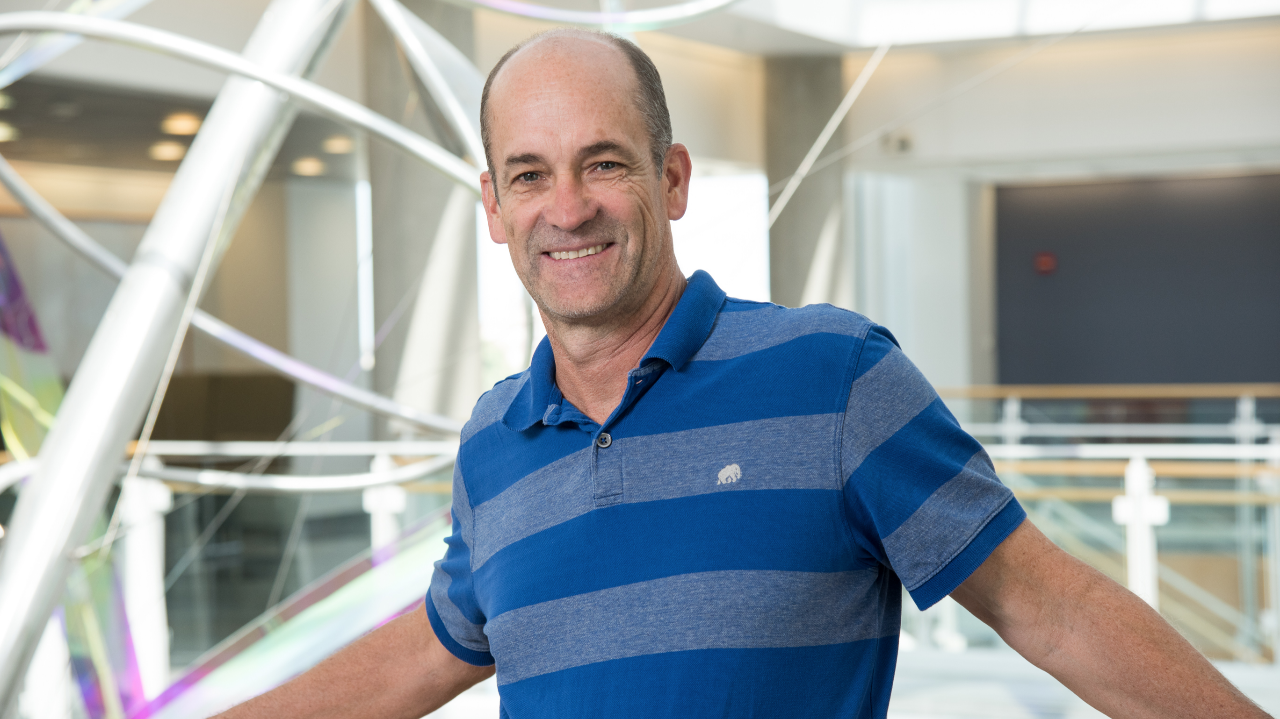 Wesley Warren believes that origins of certain bird behaviors lie in their genomes.

Warren’s work is part of the Vertebrate Genomes Project, an international effort committed to accurately cataloguing the genomes of each of the more than 70,000 vertebrate species on the planet. The project’s existence is a testament to the fact that, though it’s been 17 years since the conclusion of the Human Genome Project, cracking the codes of animal genomes is no simple feat.

“DNA has a lot in common with a jigsaw puzzle,” said Warren, a professor of animal sciences in the MU College of Agriculture, Food and Natural Resources and a professor of genomics in the Bond Life Sciences Center. “When you’ve got a lot of white sky in the puzzle, it’s hard to tell where everything goes. When there is a lot of repetition in the sequence with a few small differences, it’s very difficult to put everything in the correct order.”

Yet another target of Warren’s research is “brood parasitism,” in which birds like the cuckoo manipulate others into raising their young by leaving eggs in the nests of other bird species. This trick is often accomplished by laying eggs that closely resemble those of the host, but while egg coloration is a genetic trait, Warren is again most interested in the behavior itself: What drives a bird to leave the job of parenting to an entirely different species?That’s one reason Warren is zeroing in on birds, whose genomes are less complicated than, say, those of fish. In particular, Warren is studying behaviors that set certain birds apart from others. One example highlighted in the paper is vocal learning, or the ability to communicate by modifying sounds created in the syrinx (the avian version of the larynx). Birds — particularly songbirds like the zebra finch and hummingbirds like Anna’s hummingbird — are one of only eight animal groups known to practice vocal learning, and Warren seeks to understand the genetic mechanisms that make this behavior possible.

Warren suspects the answers lie in “W,” a sex chromosome in birds. But to build a complete picture of how genes influence behavior in any given bird species, he needs what is known as a “gap-free” assembly of the chromosome — a complete genetic map with no lost information that can be compared with other species to identify crucial differences. 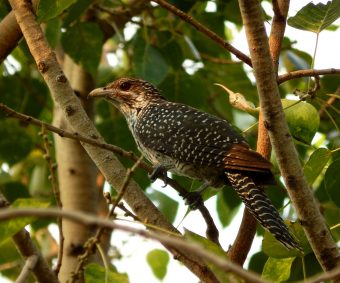 The asian koel, a species of cuckoo, tricks other birds into raising its young. Source: Pixabay.

To accomplish this goal, Warren and others are honing methods of “long-read sequencing.”

Sequencing the film of life

Another way to think about genome sequencing is to imagine making a film frame by frame.

As if editing a film reel, researchers must piece together stretches of genetic code to build a coherent whole. The shorter the stretches of “film,” the more laborious and error-prone the process of piecing them together can be. With long-read sequencing techniques, longer sections of code are captured at once, leading to a more accurate assembly of the genome.

In the Nature paper, this technique was demonstrated with Anna’s hummingbird, a vocal learner that had previously been sequenced using short reads. In comparison to the previous build, which included anywhere from 18,000 to 70,000 gaps, the new build contained as few as 400 gaps.

“We are getting closer to consistent, gap-free assemblies, but there is still work to do,” Warren said. “We’re decoding the blueprints of life — that will take time, but the end result is well worth it. There is so much we can learn about evolution, about behavior and even about human disease from these genomes.”

Warren is well-acquainted with the wide-ranging stakes of his research. He has lost loved ones to cancer, a disease that researchers study in cats and dogs to better understand its causes in humans. The simpler genomes of these pets make it easier to identify potential genetic links to disease, and Warren himself has recently published mostly gap-free assemblies of two cat genomes.

More broadly, developing a library of reference genomes is an important tool for evolutionary medicine, which seeks to understand how diseases evolve, and how defenses or vulnerabilities to these diseases arise in animals. Along those lines, Warren believes that decoding the genetic mechanisms underlying vocal learning or brood parasitism could also help researchers understand the genetic origins of disease.

It’s this potential for illuminating the dark, mysterious corners of animal genomes that keeps Warren, who has been assembling genomes for decades, looking toward the future.

“Evolution and its genetic processes are so fundamental to life that you can’t help but see potential lessons everywhere,” Warren said. “Doing this kind of research has taught me that there is always something to learn from other species. I have a great appreciation for the diversity of life on this planet and what that life can tell us about so many aspects of our own lives.”