With the changing climate, researchers find an impact on… Expand ▸

A recent study shows that oxygen levels in temperate lakes around the world are declining rapidly, a trend that is largely driven by warming temperatures that threatens freshwater biodiversity and drinking water quality.

Rebecca North, assistant professor of limnology in the University of Missouri (MU) College of Agriculture, Food and Natural Resources (CAFNR), took part in a world-wide study, which used data from over 400 lakes around the world, looking at oxygen levels. Of the 400 lakes studied, data from 30 reservoirs in the state of Missouri were used. The paper, titled Widespread Deoxygenation of Temperate Lakes, was recently published in Nature.

The issue of deoxygenation in lakes is not a new phenomenon. Researchers such as Jack Jones, emeritus professor of limnology in CAFNR, has been collecting data for over 30 years. When comparing data from Missouri reservoirs along with global data, they found that there is less oxygen than there used to be, particularly in the bottom waters.

“In lakes, oxygen is important if you want to breath,” states North. “Obviously, it affects fish and invertebrates. They tend to live at the bottom of these lakes because they are cooler.”

North got involved with this project by being a part of the Global Lake Ecological Observation Network (GLEON) when she attended their conference a couple of years ago. At this conference she got to sit down with researchers from all over the world to discuss lake issues globally. 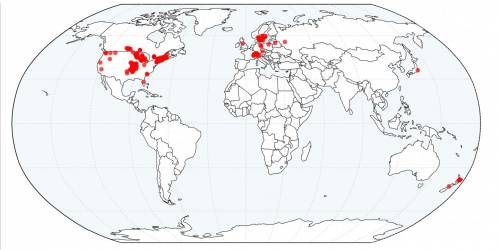 “Instead of having traditional presentations and sitting there passively taking in information, we all sit down and compile all of our data. We then get to ask really big global questions such as this one,” said North.

Previous research had been done showing that the temperature of lakes is getting hotter, which has an impact on oxygen levels. Another study had been done on oceans, showing that oxygen is decreasing. Since lakes are much smaller than oceans, they knew this had to be happening in lakes.

“Instead of writing just about Missouri lakes, if we combine all the data from all of these lakes throughout the world, it states a stronger message,” said North.

Data collected on Missouri lakes was done through an ongoing research project called SLAP (State Lake Assessment Program). During the summer, MU sends undergraduate students to assess and collect data on lakes throughout the state. These students go to about eight lakes per day, using an instrument that continuously measures the temperature. 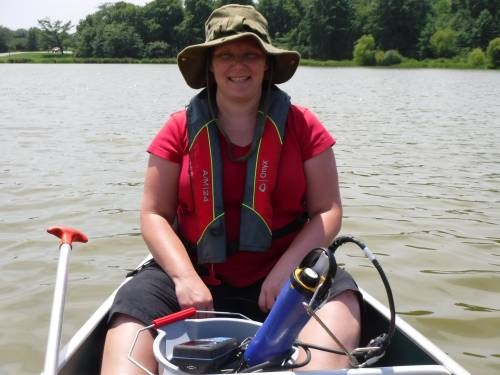 Lakes are stratified when it comes to temperature. Stratification means that there are separate and distinct temperature levels.

“The loss of oxygen in deep waters, where temperatures have remained stable, is likely tied to increasing surface water temperatures and a longer warming period each year,” North stated.

The stronger this stratification, the less likely it is to mix between layers. The result being that oxygen in deep waters is less likely to get replenished during the warm stratified season, as oxygenation usually comes from processes that occur near the water surface and the atmosphere. This can also contribute to the fact that the stratification period sets up earlier in the spring, and lasts longer in the fall.

With increasing surface water temperatures, an increase of algae blooms has also occurred. While algae produce oxygen, it could also indicate that there is a potential for an increase in toxic algal blooms.

“As we see these increasing air and water temperatures, we also create an environment that can have more of these harmful algal blooms,” North said. “When you have a dead zone like the Gulf of Mexico, where you have a lot of organic matter, the algae will eventually die and sink down to the bottom waters to undergo decomposition by bacteria which takes even more oxygen. So, it’s this constant feedback loop where we keep getting less and less oxygen in the water.”

While this specific project was a global study, North and her team are always collecting data to add to their long-term data set. Undergraduate students at Mizzou are out collecting data right now. Students are not only collecting data on temperature and oxygen levels, but also nutrients and cyanotoxins.