Sitting in his golf cart among endless rows of peonies, 93-year-old Don Hollingsworth is in his element. Hollingsworth has spent the last 53 years breeding dozens of varieties of the popular flower, and still enjoys the crossing process, in which he is still an active participant.

“I’ve had a lot of fun over the years – and I’m still having a lot of fun,” Hollingsworth said.

Hollingsworth didn’t originally plan on spending the better part of his career studying peonies. He was reared just south of St. Joseph, Mo., on a plot of land where his family grew a variety of plants, including apples, pears, cherries and grapes. Along with those experiences, Hollingsworth gained an appreciation for producing quality items through projects in 4-H and FFA. When he came to the University of Missouri as a freshman in 1944, though, Hollingsworth wasn’t as interested in a future career related to plants. He was much more interested in working with beef cattle. 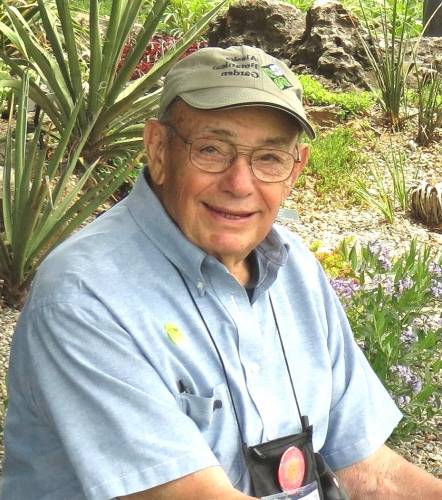 “Growing up, I enjoyed going to the fair to show animals and compete,” Hollingsworth said. “High school biology opened up eyes to beef cattle breeding and genetic manipulations. When I went to the University of Missouri, that was what I concentrated on.”

“It was an unusual time to be in college, as I began while World War II was still going on,” Hollingsworth said. “My scholarship was for $250 a semester, which paid all of the fees back then. I worked a student job and my parents managed to squeeze out enough money so that I had something to eat and a place to sleep.”

While Hollingsworth’s focus was on animal husbandry at MU, he took several plant-related courses, such as botany, soils and field crops.

“I grew up with an interest in horticulture, I just decided not to pursue it in higher education,” Hollingsworth said. “I really enjoyed all of the courses that I took at the University of Missouri.”

After a couple brief employment stops after graduation, Hollingsworth found a job with MU Extension in Nodaway County. A few years after taking that post, Hollingsworth was transferred to the University of Missouri-Kansas City (UMKC), which had, at that time, been recently established.

“I moved into an urban Extension role shortly after that, which was part of the new focus on a department of continuing education,” Hollingsworth said.

It was during Hollingsworth’s time in urban agriculture that he began to dive into breeding with ornamental crops. He worked with day lilies and irises, and before long started to work with peonies.

“It was a really fun time to be working with peonies,” Hollingsworth said. “There was some international success with species crosses that were originally not believed possible, but they were working out really well. A lot of interesting research was happening.” 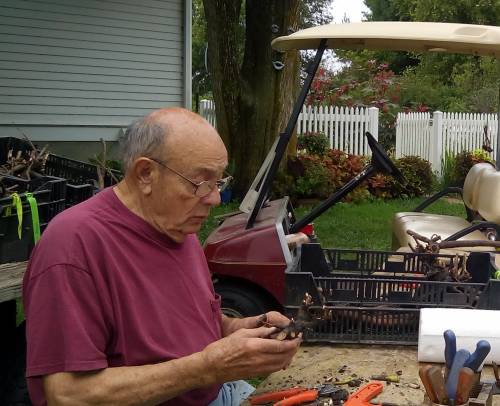 “The Linda Hall Library gave me an excellent opportunity to continue to learn,” he said. “The UMKC campus also had a great variety of horticulture plants, which gave us Extension specialists a chance to dive deeper into numerous projects. It was a great world for me to be a part of.”

“I have never been it for the money, so I’ve shared a lot of the information I learned with others around the world,” Hollingsworth said.

Hollingsworth sold peonies on the retail market for the better part of 20 years. He sold the operation in 2013; however, the company still carries his name. The sale allowed Hollingsworth to go back to his favorite part of working with peonies – breeding. Hollingsworth is still putting varieties on the market, too, and had four crosses introduced last year alone.

“I’m breeding right now with some of the early flowering peonies,” Hollingsworth said. “They’re really fabulous to work with.”

As Hollingsworth got more involved in the world of peonies, his work started to travel internationally. He became one of the foremost authorities on peonies in the world. He’s earned multiple honors from the American Peony Society, including the A.P. Saunders Memorial Medal in 1984 and the Bertrand H. Farr Lifetime Achievement Award in 2013.

Hollingsworth recently received an honor from CAFNR, in the form of a Dean’s Certificate for his outstanding Extension career, as well as recognizing him as an alum.

“I’ve been very fortunate over my lifetime,” Hollingsworth said. “I did appreciate getting the recognition from CAFNR. It was a very nice honor.”