John Fisher was honored, and a tad surprised, to learn that… Expand ▸

Each year, the University of Missouri Alumni Association hands out a trio of volunteer leader awards – the Alumni Legacy Award, the Tiger Pride Award and the Mizzou G.O.L.D Award. There are two honorees for each award, one for a Missouri resident and one for a volunteer out of state.

John Fisher was honored, and a tad surprised, to learn that he was the out-of-state recipient of the Tiger Pride Award in 2020. That honor recognizes sustained, outstanding volunteer efforts.

“Mizzou has such a strong group of alumni who are so involved, so it was incredibly nice to be recognized in that way,” Fisher said. “I was totally surprised. Our local chapter did a nice job surprising me with the announcement.”

While Fisher had continued to support MU through the years after earning his bachelor’s degree in 1989 from the College of Agriculture, Food and Natural Resources (CAFNR), it was in 2003 that his volunteer efforts really took off. Living in Indiana, Fisher attended a tailgate that year hosted the by the Mizzou Alumni Association during a Tiger football game against Ball State University. The event was a ton of fun and Fisher connected with a group of alums to help organize a permanent chapter.

“I bleed black and gold, so I had always stayed connected to MU even after leaving campus,” Fisher said. “I had enjoyed watch parties and events of that nature, and there were several of us in Indiana, so it made sense to form our own chapter.” 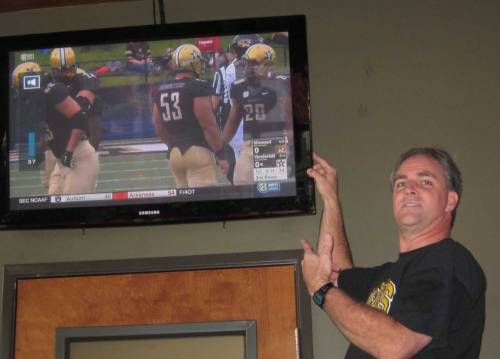 Fisher’s professional career first took him to Texas and then Indiana, where he currently resides. Fisher joined what was then Farmland Industries, the largest agricultural cooperative in North America, a few months after graduation. He was sent to south Texas as a petroleum representative after finishing his training.

“The position with Farmland was actually one I had seen posted at the CAFNR Career Center, but I wasn’t as interested because I didn’t think it had anything to do with agriculture,” Fisher said. “I sent them my information later on because I really wanted to work there, and they eventually reached out. I knew Farmland was a good company with a lot of opportunities, and a good fit for my background and interests.”

After a few years in Texas, Fisher was moved to Indiana in 1995. He left Farmland in 2001 and was hired by another cooperative, as a petroleum manager.

“I had a few courses with C. Brice Ratchford, who really helped spur an interest in cooperative work,” Fisher said. “While Dr. Ratchford is probably best known for serving as the 15th president of the University of Missouri System, he began his career at MU as director of the Missouri Cooperative Extension Service.”

Fisher continued to work in the cooperative and petroleum world until 2014, when he bought an advertising/direct mail business.

“That move was a major change of pace,” Fisher said. “It was definitely tough to leave the agriculture side.”

Fisher, the oldest of eight kids, grew up on a small farm in northwest Missouri and eventually decided that agriculture was the right path for him – after throwing around the idea of joining the Air Force.

“Growing up, I was really into airplanes,” Fisher said. “I was super interested in going into the Air Force Academy. I started thinking through it in high school, and thinking like a 16-year-old, I started looking at the time commitment. Once I started adding those years up, I realized I would be like 30 or so by the time I got out, which was super old.

“I switched my thinking and realized agriculture would be a good route for me. I had been to Columbia a few times through FFA, and felt that was the way to go.”

A couple scholarships from MU helped make Fisher’s decision even easier and he packed up and traveled to Columbia.

“I still remember my first day on campus,” Fisher said. “I was so excited to be part of that atmosphere. It was energizing. I loved school. There were never enough hours to take. I think I averaged 16 to 18 every semester. It was just such a great experience.

Fisher’s focus within the agriculture degree was on agricultural economics. He also earned a minor in political science. Fisher was incredibly involved while at MU. He was part of the Chancellor’s Leadership Class, the Agricultural Economics Club, and the Catholic Student Association. He participated on the Soils Team for two years as well. As a work study student, Fisher worked primarily at Sanborn Field and was part of several campus committees. He was also a CAFNR Ag Student Intern, the predecessors to the CAFNR Ambassadors.

Fisher served as a Summer Orientation Leader and then worked for three years on the Mizzou Tour Team, giving tours to prospective students and others visiting campus. 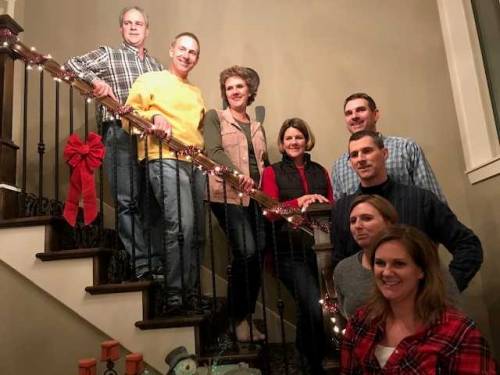 “I was totally immersed,” Fisher said. “I just enjoyed connecting with fellow students and everything about my Mizzou experience.”

Fisher has worked hard to stay immersed in black and gold even though he doesn’t call Missouri home. Along with helping form the permanent chapter in Indiana, Fisher served as president of the chapter for four years and continues to build connections with Tiger alumni in the Hoosier state and serving on the chapter board. The chapter first earned “Capstone” status in 2010 while he was serving as president.

“I have such a strong loyalty to Mizzou,” Fisher said. “It’s hard to describe. MU was such a perfect fit for me, and gave me so many awesome opportunities. Being able to still connect with other Tigers through the Alumni Association has been so great.”

Along with a continued passion for MU, Fisher said he is very appreciative for his time in CAFNR. While he isn’t in the agricultural industry currently, those experiences have made a massive impression on his life.

“CAFNR faculty and staff were always there for students, and I know they continue to be,” Fisher said. “My parents were so thankful that I chose that path. They always said CAFNR did the best job on campus of helping students adapt to college life and prepare for the future.

“It kinda became a family affair, too. I think all seven of my siblings have been connected to CAFNR at some point in their college career or lives.”