Two bird species – black duck and wild turkey – are incredibly important to the regions where they are commonly found. Those species are also well studied; however, there is a period of time during the summer where research is lacking. Mitch Weegman, an assistant professor in the School of Natural Resources, is looking to track both species’ whereabouts during that time frame.

“I could not be more thrilled to get started,” Weegman said. “These are projects you develop to meet great conservation priorities. To be able to advance the science and improve conservation of those species for future decades – that’s beyond exciting.”

From a conservation perspective, the wild turkey is a vital bird species for the state of Missouri. In recent decades, the Missouri population has prospered; however, there are several indications the population has declined during the past few years. Although many hypotheses exist, such as increased carnivore populations and changes in habitat, the drivers remain unknown.

Weegman said the Missouri Department of Conservation (MDC) just finished a five-year project focused on turkey hens and their survival. That research provided much needed data, but left a gap about turkey productivity, in particular the period when hens are attempting to nest and then raising poults.

“One of the most alarming discoveries form the last big turkey research project was how poor poult survival was,” said MDC Wild Turkey Program Leader Reina Tyl. “The percentage of poults that survived their first month of life during several years of the project was among the lowest ever reported for turkeys in the Midwest.”

Weegman and Michael Byrne, also an assistant professor in the School of Natural Resources, are Co-PIs on the grant, which is coming from MDC in an amount just above $1.3 million. 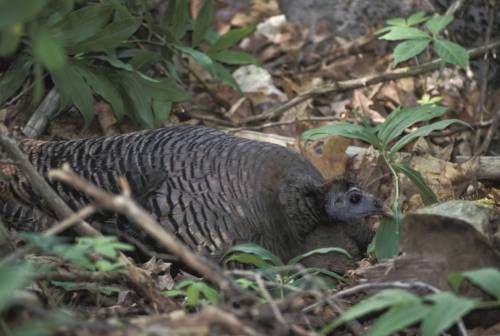 The duo will first capture and tag turkey hens. The hens will be fitted with GPS tracking devices that collect a position every 30 minutes. That information will give insights to when the turkeys are moving or resting, plus a variety of other activity.

“Poult survival is an important aspect of productivity,” Weegman said. “Since we can track the hens so closely with these devices, we are planning on going right to where the hen is nesting and catching the day-old poults. We’re going to mark them with a smaller device to follow them over their first 30 days of life, which is a very sensitive period.”

The research will feature several other facets as well. Weegman and Byrne will capture and put ear tags on turkey nest predators, such as skunks, opossums and raccoons, to monitor population densities. They will put up trail cameras on a grid system to observe distributions of larger predators, such as coyotes, that consume older turkey broods.

They will also look at invertebrate collections in the area because invertebrates are the primary food source for turkey poults.

“Mike has been using this really cool tool that sucks up insects into a collection chamber,” Weegman said. “We’ll be able to estimate insect abundance, and that should allow us to understand whether the poults have enough food to survive.”

Weegman and Byrne are planning to put out weather stations, too, to collect rainfall totals and temperature fluctuations. Weather can have a large effect on vegetation and invertebrate populations, which can in turn affect turkey productivity.

“All of these factors improve our knowledge about poult survival,” Weegman said. “We’re doing our best to cover all of the angles that affect poults.”

The plan is to capture the hens in 2021, from January to March. The goal is to put GPS tracking devices on 75 hens during the first year and add an additional 25 hens each year, for a total of around 125 to 150 hens overall.

Weegman said the research will take place in northern Missouri, and will include a network of landowners. The majority of the work will take place on private land in partnership with those landowners and other conservation organizations, like the National Wild Turkey Federation.

“We’re always appreciative of these type of collaborations,” Weegman said. “It’s the only way these projects are possible.”

Weegman said black ducks hold major cultural importance in the areas included in the Atlantic flyway, a region that extends from Florida in the south to Canada in the north. The species has been studied for decades due to the public’s interest in the bird, as well as its importance to hunters. However, that research has been limited in the summer, when black ducks breed, nest and raise ducklings.

“You have this bird with massive importance to this large region – yet there is a substantial gap in our knowledge of these birds,” Weegman said. “It’s incredibly important to understand the summer period.”

Black ducks breed in the Boreal Forest in Canada, a remote area with a low human population. It’s a difficult area to study the species in-person. However, tracking devices will allow Weegman’s team an opportunity to gather plenty of data.

“Black ducks breed in very low density across vast expanses of the Canadian Boreal Forest,” said Ted Nichols, wildlife biologist with the New Jersey Division of Fish and Wildlife. “Past observation or radio-telemetry studies have been limited to small study areas. The new technology in the devices will allow study birds to be tracked, and their behaviors and fates assessed throughout the nesting season, across vast areas of the breeding range. Being in the heart of the black duck wintering range, we are excited to be a partner in this study.”

“With these tracking devices attached to the black ducks, we’ll be able to record a GPS position every two hours or so,” Weegman added. “We’ll know when they’re feeding, flying, sleeping or raising a brood. We will gain insights into how productive they are, where they live and what they do. These are super important questions for developing more holistic understanding of black ducks and their annual cycle.” 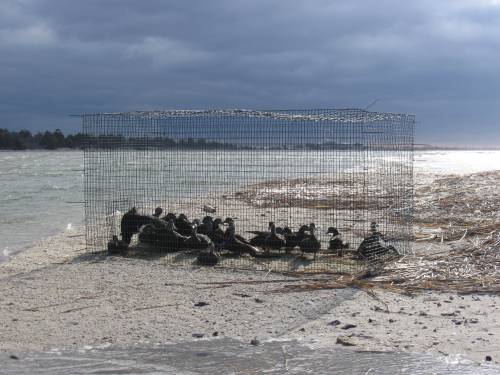 Weegman’s grant, which he is serving as the PI on, is for nearly $1.1 million and comes from the Black Duck Joint Venture, which is affiliated with the U.S. Fish and Wildlife Service.

Weegman said the focus of the research is to study black duck productivity, as that is a major reason that the population fluctuates.

“This species tends to live a relatively long time,” Weegman said. “We’re mainly trying to gain insight into what these birds do during the summer, as we really haven’t been able to study this time period in the past.”

Weegman is proposing that 500 tracking devices be used throughout the duration of the project, which is scheduled for three years. Like his project with wild turkeys, Weegman will use GPS tracking backpacks on the ducks.

“Our plan is to distribute the units throughout the Atlantic flyway,” Weegman said. “We’ll do this in early February, as the hunting season ends in late January. We want to distribute units so that deployments will be representative of the wintering distribution of black ducks, with particular emphasis on states that winter black ducks that are most likely to nest in the Boreal Forest, as some nest in the northeastern U.S.”

Weegman did add that the COVID-19 pandemic could create a slight delay for the project, depending how things look in the winter.

“This project is hugely based on partnerships with other states,” Weegman said. “And each state is handling the pandemic differently. Our goal is to distribute the tracking devices in the most objective, science-based way possible. If we can’t get them to one state, there is a chance we could delay deployments. We’re monitoring the situation and will continue to have these discussions. We’re looking forward to learning more about what limits these birds.”