G.B. Thompson, far right in the back row, served as the… Expand ▸

When I was in grade school in Pettis County (Quisenberry Grade School), there was a World Book Encyclopedia with a chapter on animals in it. I practically wore that chapter in the book out I read it so often. I had a passion for animals incredibly early.

I just loved to be around livestock. I grew up on a dairy farm, where we also raised hogs and sheep. I got involved in 4-H at a young age and was part of the 4-H livestock judging team right away. J.U. Morris was our county Extension agent and coached the livestock judging team. He did an excellent job preparing us for competitions – and he was also instrumental in helping me finding my way to the University of Missouri. 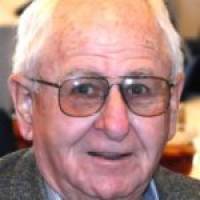 I never dreamed I would coach a livestock judging team one day, let alone at MU.

Along with competing on the livestock judging team in 4-H, I also showed sheep and cattle and hogs. We had a lot of success while I was on the team, and won the state 4-H livestock judging contest one year. While we didn’t get to compete at the national level because of the war, it was exciting to win at the state level.

I graduated from Smith-Cotton High School, in Sedalia, Mo., in 1947. I had two steers in the American Royal sale a little later that year that would eventually help me pay my way through college.

Just like when I was younger, I joined the livestock judging team at MU. We won a big contest in Fort Worth in 1950. While I had a big interest in livestock in general, I also really enjoyed giving reasons and giving an official judge my reasons.

Abe Weaver, who was the department chair of animal science at MU at the time, was the individual who hired me to be the full-time coach. I respected Abe so much, and I truly aspired to work for him. It was incredibly exciting when he asked me to coach, and I jumped right in. 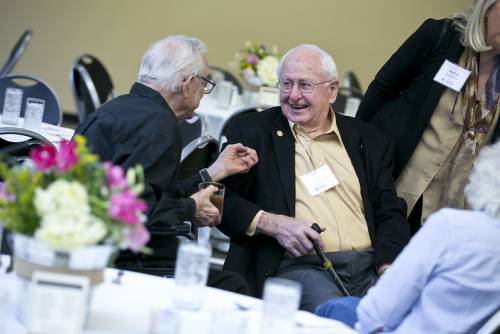 I guess every coach has some traits and philosophies. I always taught my teams that they should judge livestock by the bones out – you don’t judge them from the outside in. The skeletal structure becomes the most important and the basis of a sound animal that way. That was always my approach to livestock judging.

I spent 10 years coaching the livestock judging team at MU. Throughout my entire career, which included time at MU and Texas A&M University, coaching for those 10 years was the highlight. I got to know the students on an individual level, and that really meant the world to me. My time on the livestock judging team as a student was just as special. We kept in touch over the years and were closer than fraternity brothers. There is something important about knowing that your team’s success depends on everyone, not just you. That’s a great thing. It builds character in young folks. It really helps them tackle challenges head on.

I’m excited to welcome Tawnie DeJong to Columbia and I congratulate her on being named the new livestock judging coach. I wish her all of the success in the world. Coaching is certainly a privilege and a really fun thing. Missouri is a great state for livestock judging, with a lot of purebred breeders and a lot of livestock.