Since she was a toddler, Tawnie DeJong has been studying what separates a superior specimen of livestock from one just a little less impressive. 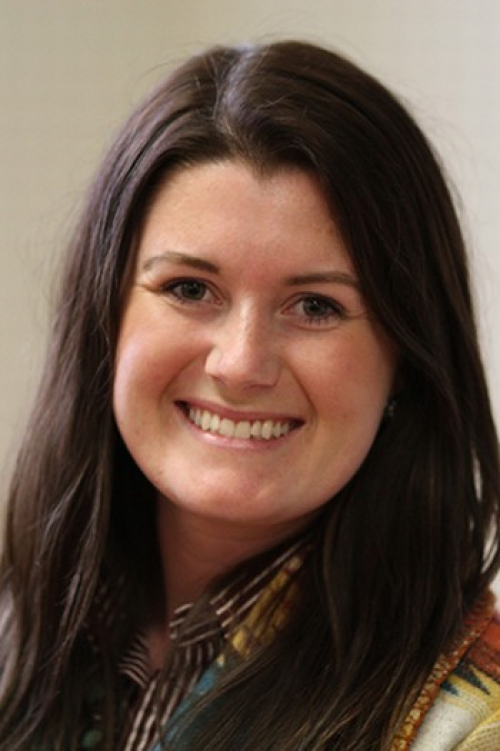 All of that experience has landed what DeJong calls her dream job. DeJong has been selected to lead the livestock judging program at Mizzou.

“I’ve been getting a running list of ideas ready, including a recruiting plan,” DeJong said. “I want to hit the ground running. I know there is a lot of student, alumni and department interest in the program at MU, and that is so important. We want to build this program so that is a benefit to the students. I don’t want it to be something that takes away from their CAFNR experience.”

DeJong grew up on a ranch in South Dakota. The DeJong family specializes in the Maine-Anjou cattle breed, which originated in the northwestern part of France and eventually found its way to the United States in the early 1970s. DeJong’s great grandfather actually owned one of the first Maine-Anjou bulls that was brought over to the U.S. during that time. Their operation has continued to grow through the years, and although they housed several different breeds, the Maine-Anjou was the primary focus.

“Our family has been in the Maine-Anjou business since they’ve been in the U.S.,” DeJong said. “They definitely have my heart.”

DeJong’s upbringing influenced her decision on what to study at South Dakota State University.

“When I first started out deciding a career path, I was pre-vet, like a lot of other animal science students,” DeJong said. “I loved going to the veterinarian with my dad. The entire process fascinated me, so deciding what to study was extremely easy.

“I didn’t realize it at the time, but there are so many diverse careers you can get involved with related to animal science. It was exciting to learn of all the options out there.”

After graduating from South Dakota State, DeJong returned to her hometown and built bull sale catalogs for the local newspaper. She then spent a couple years in Wyoming working in admissions for a community college. It was there that she found a passion for teaching.

“I co-taught new student orientation, and that was easily my favorite part of the job,” DeJong said. “I realized that I needed to switch my focus to teaching, go back to school and get my master’s degree.”

DeJong has been at Michigan State University studying under Tasia Taxis, who earned both her master’s degree and PhD from Mizzou. Taxis studied under Bill Lamberson, division director of animal sciences in the MU College of Agriculture, Food and Natural Resources.

“My graduate work has been focused on teaching and research,” DeJong said. “It’s exciting to be able to do both. On the teaching side, I’ve been doing education research with online resource materials for an undergraduate genetics class, one I served as a teaching assistant for. On the research side, I’ve been studying the bovine leukemia virus in dairy cattle. I’ve been looking at the effects of that disease and how we can better manage it.”

DeJong served as an assistant livestock judging coach at MSU during the 2018-19 academic year and was the head coach during the Fall 2019 season.

“Knowing what it’s like to be on a judging team and how the dynamics work is incredibly important,” DeJong said. “I learned a lot while at SDSU and continued to learn more while at Michigan State.

“As the head coach, I really found out how to get the most out of my team without wearing them out. I want my teams to always be completely prepared, but I also want this to serve as a networking opportunity for students. I want them to make connections and, hopefully, learn a little more about life.”

DeJong will finish her master’s degree at Michigan State soon. She will begin at MU in August.

“We are excited to welcome Tawnie to the Division of Animal Sciences,” Lamberson said. “We have really strong alumni and industry support for our livestock judging program, and Tawnie is going to do a great job leading the team. She has had great success at Michigan State as a coach, and that experience is going to be key as she leads our students.”