While it’s hard to imagine MU Extension in Lawrence County without Cole, his career path nearly looked much different. As a child, Cole was planning on running the family farm in Potosi, Mo. There was a major roadblock in that plan, though – his dad sold the farm while Cole was still in grade school. 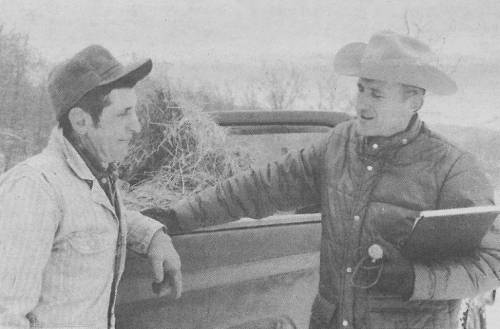 “I really didn’t know what I wanted to do with my bachelor’s degree, so I decided to continue with my studies,” Cole said. “The only thing I did know was that I wanted to work with beef cattle.”

Cole first learned about Mizzou and MU Extension as a high school student when his sister, Genelle Cole, went to work at the Washington County Extension office. The county agent at that time was Elbert Waide, who took Eldon and a few other high school students to Columbia to tour MU. Cole was already interested in agriculture and the tour convinced him that Mizzou would be a good fit.

That first experience with Waide and MU Extension opened the door for a possible future career for Cole – and G.B. Thompson helped push Cole through the door. Thompson served as Cole’s academic advisor and mentor throughout Cole’s time at MU.

“Dr. Thompson pointed me toward MU Extension,” Cole said. “I knew how important the specialists were throughout the state, so it was already an intriguing option. His guidance made it something I became really interested in.”

Cole’s interest would eventually become a 50-plus-year career. Genelle also spent 50 years with MU Extension, all in Washington County. Genelle, who was a secretary, passed away in early April.

“We had a unique relationship for sure,” Cole said. “She was incredibly capable in all facets of agriculture. We always had a lot to talk about when we got together.

“I would say we made a little bit of a contribution to agriculture between the two of us.”

Cole began his training in MU Extension by shadowing other specialists throughout the state. His hope was to end up in the Ozarks, as he grew up in the eastern Ozarks and was familiar with the agriculture in the region.

While Cole didn’t end up in the Ozarks, he wouldn’t have to travel far from Columbia to begin his MU Extension career. Cole accepted a role as a balanced farming agent in Saline County – the county 60 miles west of Boone County, where MU is located.

“The University, I thought, was completely out of their minds,” Cole said. “Throughout my college career, there seemed to be a lot of young men from Saline County, and I was always very impressed with those individuals. I really didn’t know if I knew enough to go over there and teach them anything.

“It was obviously very flattering that they would even think I could make it in Saline County. The director really thought I would be a good fit. I figured if they thought that I was qualified, and that’s where they wanted to send my paycheck, I better go.” 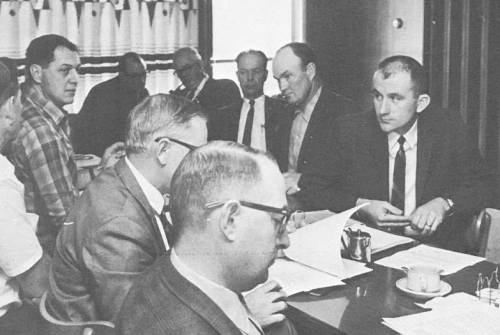 Cole spent four years in Saline County as a balanced farming agent, where he worked extremely closely with a small group of 25 to 40 farmers. He said he was in training for the entirety of those four years.

“It was a very fortunate move for me,” Cole said. “Most of my work with the balanced farming families was with livestock. Those individuals were great to work with and I thank all of them for training me. At that time, I wasn’t teaching them very darn much, but they were teaching me a whole lot.”

Cole made several important connections during his time in Saline County with influential people in the livestock industry, especially in livestock performance testing, which was, and continues to be, Cole’s passion regarding cattle.

Cole said that early on in his career, the beef industry needed to make some drastic changes in the kind of cattle they were producing. Cole credited Thompson for making him think more modern, especially while Cole was on the livestock judging team.

“Back then, there was a focus on cattle that were shorter,” Cole said. “Dr. Thompson had us thinking more about taller, longer and growthier cattle. I actually liked the taller cattle, so I definitely approved this change in mindset.”

Along with Thompson, John Massey was a forward-thinking Extension faculty member in the Division of Animal Sciences at MU. Massey was creating a program to help producers with beef cattle improvement. That program eventually became the Missouri On-Farm Performance Testing Program. 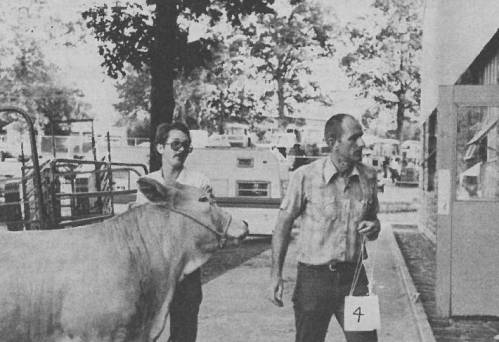 “We would go out and weigh and measure cattle, trying to get more growth in them,” Cole said. “That really appealed to me. That was a message that I knew I could take out to the masses and would result in some changes in the industry.”

Cole would have that opportunity to connect with the masses after getting a call to become the livestock specialist in Lawrence County and the surrounding counties in southwest Missouri. Cole decided that the move from central Missouri to the southwest part of the state would be a good one, even though he had made strides during his four years in Saline County.

“I knew I better jump at this opportunity,” Cole said. “There are a lot of cattle in that part of the state, and I knew there would be multiple chances to interact with producers.”

Not only did Cole jump at the opportunity, he has worked with producers in the southwest part of the state for the past 52 years.

“I’ve definitely been blessed over the years,” Cole said. “This doesn’t even feel like a job. I just enjoy getting out and working with beef producers and their livestock. If I can look back and, in any way, shape or form, can say I had a little influence on what producers have done, that’s one of the most rewarding features of my job.

“I’ve had plenty of people ask why I haven’t retired yet. Why would I? I still love what I’m doing.”

Cole has seen firsthand the many changes that the beef industry has undergone over the years. Cole is all about the data – and more and more data is becoming available for producers.

“I’m excited to see where we’re going in the future with the use of genomic evaluation and DNA testing,” Cole said. “It’s a subject that’s near and dear to my heart. We’ve also improved our means for gathering that data. As we move forward, producers are going to have even better means to build outstanding herds.”

Cole credits Thompson and Massey, as well as Bill Day and John Lasley, both who were professors while Cole was working on his degrees at MU, for pointing him toward a more data-driven focus.

“All of my professors were forward thinking,” Cole said. “It’s exciting to see how far we’ve come – and where we’re headed. We have a new generation of specialists who are doing some really interesting things.”

Along with the Missouri On-Farm Performance Testing Program, Cole is a staunch supporter of the Show-Me-Select Replacement Heifer Program. Both programs are focused on giving producers information about the genetic makeup of their cattle.

“Those are capstone-type programs that really stick out in my mind,” Cole said. “Those two programs have given me the greatest satisfaction in terms of what we’ve been able to accomplish.”

Cole doesn’t plan on slowing down at all, either, even as technology continues to evolve around him. Working with Janet Adams, Lawrence County office support staff, for the past 32 years, Cole continues to keep producers in the loop on what trends are coming regarding beef cattle, which is all the more impressive considering Cole has never had a computer in his office in Lawrence County.

“Me and computers just never fit,” Cole said. “I’ve resisted having one in my office since they became a staple of the world. I’ve been so blessed to have Janet, who has stuck by me through thick and thin. We use the computer nonstop – we honestly couldn’t get along without it. I just don’t sit in front of one all day.

“I have my Eversharp pen and my yellow notepad and do my best to get the job done. Hopefully we haven’t dropped the ball, because our sole focus is on making sure our producers are successful. We want them to do well, and I’m fortunate to have spent a career working with the great farmers and ranchers in this state.”