The University of Missouri College of Agriculture, Food and… Expand ▸

The University of Missouri College of Agriculture, Food and Natural Resources’ atmospheric science program has trained and prepared meteorologists who are now spread throughout the United States, providing timely weather and climate information for the communities they serve.

Two of those meteorologists serve one of the country’s largest cities – Nashville, Tennessee. Katy Morgan and Henry Rothenberg were classmates during their time at Mizzou and now serve as meteorologists for FOX 17 and News Channel 5, respectively. Both graduated from MU in 2006.

“As students, Katy and Henry were both very passionate about meteorology,” said Pat Market, interim director of the School of Natural Resources. “Some students love the weather, but not weather forecasting. Katy and Henry embraced both, head on. That hasn’t changed. I get to see them at conferences now and then, but in the Internet era, it has also been easy to pop in and watch their shows periodically. They keep getting better and better.’ ”

While Morgan and Rothenberg stay incredibly busy throughout the year, they do find time to grab a meal together when they can.

“It’s fun to have someone in the market who has those same MU experiences,” Rothenberg said. “Even though we may be competing on camera, we both love Mizzou. Nashville is lucky to have Katy serving the community.”

“It’s great to have an MU connection, and it’s even better because we sat in the same classes together,” Morgan added. “I love having that camaraderie, and we do try to do our best to get together and be Mizzou buddies.

As a pilot in the Navy, Morgan’s father was hyper aware of the weather. It was an interest that he passed down to his daughter. 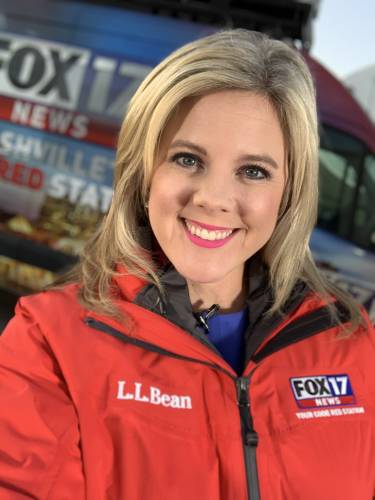 “My dad was a huge influence,” Morgan said. “He talked about the weather nonstop. When we traveled, he would put me in the window seat of the airplane and have me identify clouds and other weather activity. He definitely had a love for it, and I followed suit.”

Morgan was also born right around the time the Weather Channel was created.

“I call myself a Weather Channel baby,” she said. “I was in that first generation of Weather Channel watchers. I remember sitting down nearly every day to see what was happening across the country.”

When it came time to choose where Morgan was going to study atmospheric science, Mizzou was an easy choice. Both of Morgan’s parents were MU graduates.

“MU was a great fit,” Morgan said. “The first time I took a tour, I instantly fell in love with campus. I felt a connection and knew I wanted to be there.”

While studying at MU, Morgan wasn’t focused on being in front of the camera. She was much more interested in operational meteorology, which would not put her live on the air.

“During my final semester at Mizzou, I started really thinking about what I was going to do with this degree,” Morgan said. “I wasn’t really sure which way to go. I had several friends encourage me to try broadcast since they felt like I was fairly outgoing. I was involved in Summer Welcome and was part of the Tour Team at MU, so I thought I would give it a try.”

Morgan said the jump to broadcast meteorology was made a lot easier because of the professors in the atmospheric science program at Mizzou.

“I can’t say enough great things about that program,” Morgan said. “They’re just phenomenal. I owe them everything. We were taught as operational meteorologists, which made me a much better broadcaster. That background was so important as I made the jump to broadcast. The program really is soaring in all facets of meteorology.”

Morgan also got connected with Sharon Ray during her time MU. Ray was, at that time, the chief meteorologist at KMIZ.

“Sharon was a wonderful mentor,” Morgan said. “She really helped me lay the foundation to get into broadcast.” 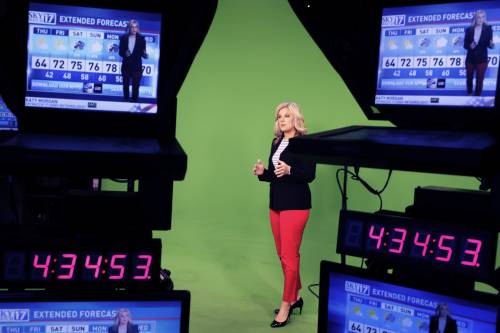 “Being in Kansas territory, it was nice to have someone who also bled black and gold,” Morgan said.

Morgan spent time in South Carolina and Ohio after her time in Kansas and before she moved to Nashville.

“It was interesting to be able to experience different climates,” Morgan said. “I experienced a lot of climates growing up because my dad was in the Navy and we traveled a lot. But I was definitely hesitant before going to South Carolina, just because I wasn’t familiar with tropical climates. At MU, there was more focus on severe weather, and I was part of the storm chase team while I was there. It was great to expand my knowledge in South Carolina. I think you learn a lot more by immersing yourself in a situation you’re not as familiar with. You’re also able to figure out your fit.”

Morgan has been at FOX 17 for the past six years.

“Our focus is on public safety,” she said. “That’s why I got into this business. I’m blessed to have a great weather team here, and we all have one common goal.

“It’s important to have a trusting face on the television who can provide the information individuals need. That’s my passion. Mother Nature is both fascinating and devastating. It’s important to always be prepared, and I’m glad I get to play a part in that preparation.”

When Henry Rothenberg was 6 years old, he found himself exactly where one shouldn’t be during a thunderstorm – under a tree. 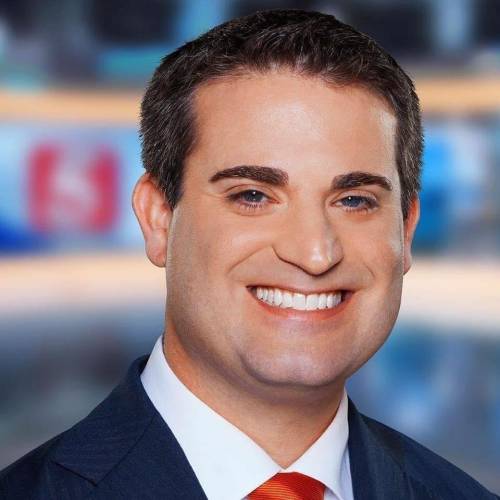 “When I was little, I was terrified of storms,” Rothenberg said. “I would run into my parent’s room and hide.

“My cousin wanted to help me with my fear. He took me outside during a storm and we stood right under a tree, which is probably the worst place to be during a thunderstorm. As he was explaining what was happening, though, my fear became a fascination. Ever since that moment, I loved the weather.”

Rothenberg had found his passion and jumped right in. While in high school, he emailed each chief meteorologist at every television station in Memphis, where Rothenberg was born and raised. Rothenberg was looking for information on how the meteorologists had found success. Todd Demers, from WREG, invited Rothenberg to shadow him around the station. That opportunity became a regular internship.

“Eventually, I started building graphics and helping with forecasts,” Rothenberg said. “That experience really put me ahead of the curve. Todd really solidified everything and pointed me in the right direction.”

Rothenberg’s aunt, a college counselor, helped him through the process of finding a college that offered a strong meteorology program. Mizzou ended up at the top of the list.

“It was journalism and meteorology that brought me to Mizzou,” Rothenberg said. “The path that I wanted to take, broadcast meteorology, was lined up perfectly at MU.”

Once Rothenberg arrived at MU, it became very apparent to him that the professors in the atmospheric science program were going to make his experience exceptional.

“All of the professors in atmospheric science, they truly cared about you as a person,” Rothenberg said. “That’s what makes that program so special. That core group of Pat Market, Tony Lupo and Neil Fox have built something incredible. They push you and work with you to make sure you understand all of the concepts.”

Rothenberg found a passion for storm chasing while he was MU, and he continues to chase storms when he has a chance in Nashville.

“Those experiences really put us ahead of the game, especially when it comes to severe weather coverage,” Rothenberg said. “When you see those storms up close, you get to see what they’re capable of and how important it is to be prepared.” 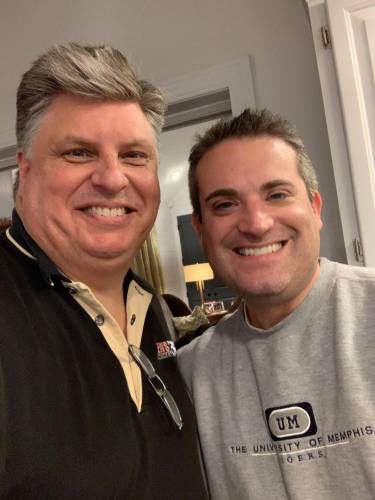 Rothenberg began his broadcasting career as a junior at MU, working with KMIZ in Columbia. The next year, he served as a freelancer at KPLR in St. Louis, and from there was hired full-time at the ABC affiliate in Memphis, Tennessee, after graduation. He also made a stop in South Carolina before joining News Channel 5.

“Every stop has been exciting in its own way,” Rothenberg said. “Getting the call from News Channel 5, it was incredible. It’s a place where people spend their entire careers. I was also thrilled to be back in my home state.”

Rothenberg joined the station in 2016. It was the first time since 1999 that News Channel 5 had an opening in meteorology after two individuals retired.

“The beauty of Nashville is that you experience all four seasons, so you need to be able to analyze all four seasons,” Rothenberg said. “What I love about being a meteorologist is helping inform the public about how the weather is going to affect them each day, even if it just means they need to grab an umbrella or a jacket.”

“I wouldn’t be where I am and who I am without Mizzou,” he said. “The hashtag, MizzouMade, I get it. I am Mizzou made.

For more information about atmospheric science at the University of Missouri, click here.