Armed with a goal to increase student participation in the Missouri Youth Institute (MYI), coordinators expanded invitations from high school agricultural education programs to students involved in social studies, language and other high school programs for this year’s event.

MYI brings together high school students, teachers and experts to research, discuss and solve local, national and global hunger and food security issues. The event has been hosted on MU’s campus since its start in 2016. This year’s institute took place March 2.

“We had 81 students registered this year and the largest group we’ve ever had before was about 51,” said Ken Schneeberger, MYI coordinator. “If you’re a high school student, you may not be thinking about international issues, so we’re pleased that 80 students have some interest in what’s happening globally, particularly as it relates to food security.”

Holly Enowski, a senior studying science and agricultural journalism, and one of the student co-coordinators for MYI, was an integral part of student recruitment efforts. 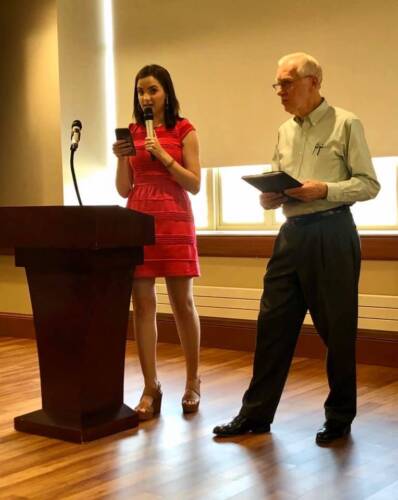 High school students apply for admission to the institute by submitting a paper about a global hunger and poverty issue in a specific country. At the institute, students shared their research and recommendations to battle poverty and hunger, while meeting with leaders in science, industry and policy, as well as university professors.

“I hope it gives students a chance to connect with other students who have an interest that might motivate them to continue to broaden their interest in international issues,” Schneeberger said. “The sooner young people can be aware and begin to think internationally, the better prepared they’re going to be to influence decisions.”

Increased recruitment efforts weren’t the only changes the program made this year. The menu looked a bit different, too. Rather than serving a typical catered meal, coordinators decided to serve rice, beans, sweet potatoes, chicken and a few other staple food items.

“We chose these foods because around the world rice and beans, a few vegetables and lean meat are what people are primarily eating,” said Allie Lock, student co-coordinator. “We wanted the students to experience that food, right here in Missouri.”

For Lock, a sophomore studying agribusiness management, the institute created an impact that spanned past high school. Lock attended the first Missouri Youth Institute in 2016 as a sophomore in high school and wanted to continue her involvement with the organization in college because of the influence the program had on her.

“As a participant in the institute, it was interesting to learn about a country that’s different from my own and really dive into that culture and try to implement a real change,” Lock said. “It was a little scary at first, but now looking back, I can’t imagine my life without that research paper.” 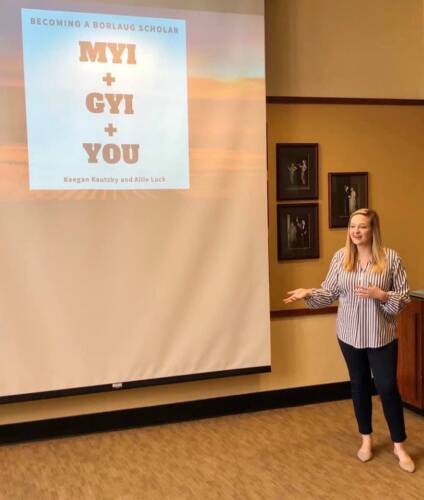 The World Food Prize was founded by Norman Borlaug, who is known as the Father of the Green Revolution and is credited for saving over a billion people from starvation by developing new varieties of wheat. Borlaug created The World Food Prize after winning the Nobel Peace Prize in 1970 and realizing there was no Nobel Prize for agriculture.

Participation in the Missouri Youth Institute and Global Youth Institute may spark an interest in an international career. For Enowski, it’s certainly helped shape her career.

“If it weren’t for the Global Youth Institute, I wouldn’t know what I wanted to do with my life,” Enowski said. “I think a lot of high school students coming from rural communities are faced with the same situation of not knowing what’s out there.”

Enowski attended the World Food Prize in 2014, before Missouri had a youth institute. She was accepted to attend as an at-large member of the congregation. While at the World Food Prize, Enowski met Willi Meyers, CAFNR professor emeritus and co-coordinator for MYI, who had been trying to bring a youth institute program to Missouri. Meyers and Enowski helped bring the program to Missouri.

Enowski has been involved with MYI ever since and participated in the Borlaug-Roan International Internship program in the summer of 2016 in Kenya.

“I’m a big advocate that it doesn’t matter where you come from, and that your zip code shouldn’t define who you are and what you can become,” Enowski said. “The Missouri Youth Institute is a level playing field and it really gives everyone equal access to what’s going on in the world and global issues that they can and should play a part of solving.”