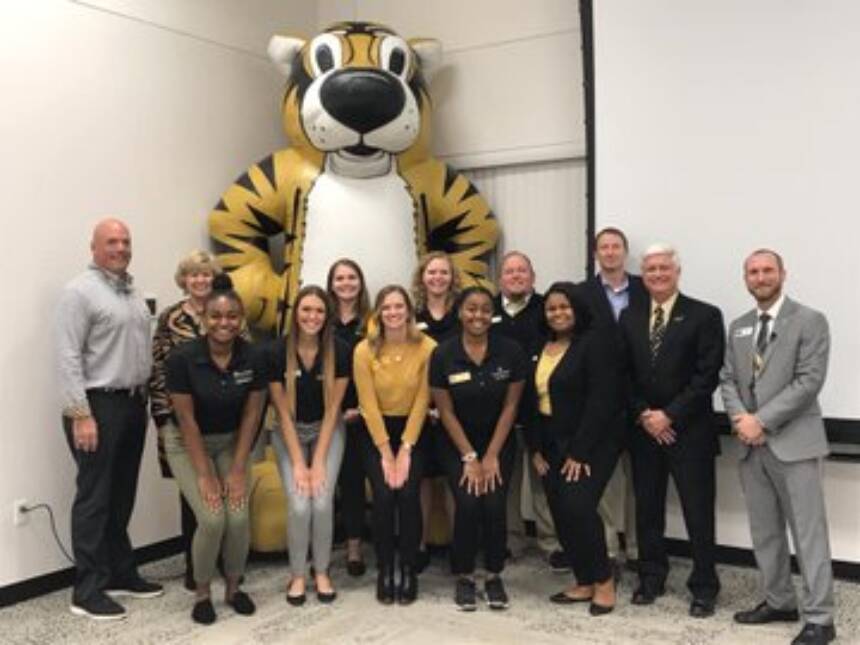 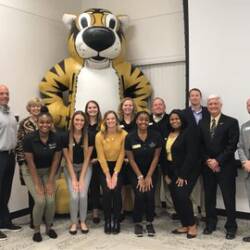 Schools and colleges from the University of Missouri brought the Mizzou experience to Carthage, Missouri Nov. 5. Representatives from areas, including CAFNR, spoke to prospective students from the area. 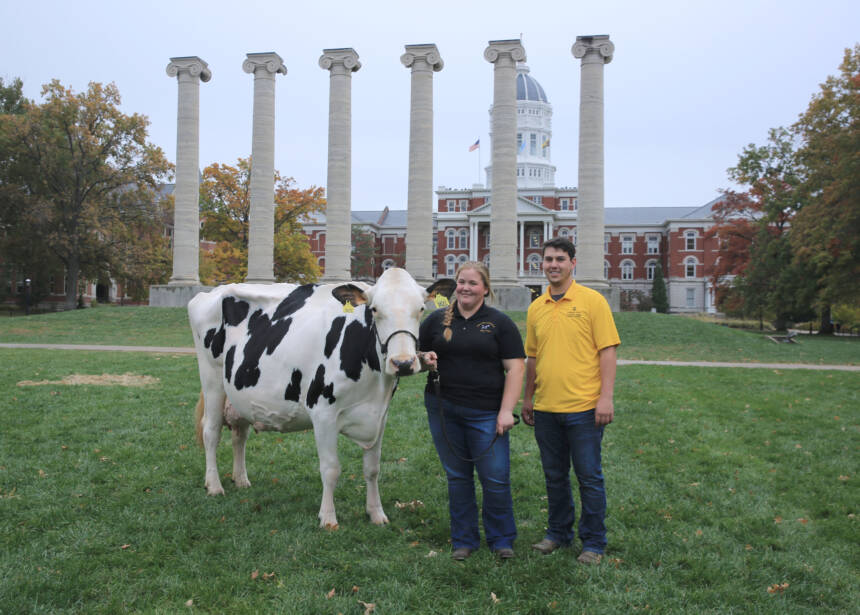 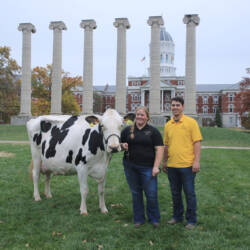 Desirae, a holstein from Foremost Dairy Research Center, is up for Missouri Holstein Cow of the Year. The two students who are nominating her, Emily Shanks and Matthew Burdick, brought her to the Francis Quadrangle last week for a photoshoot. 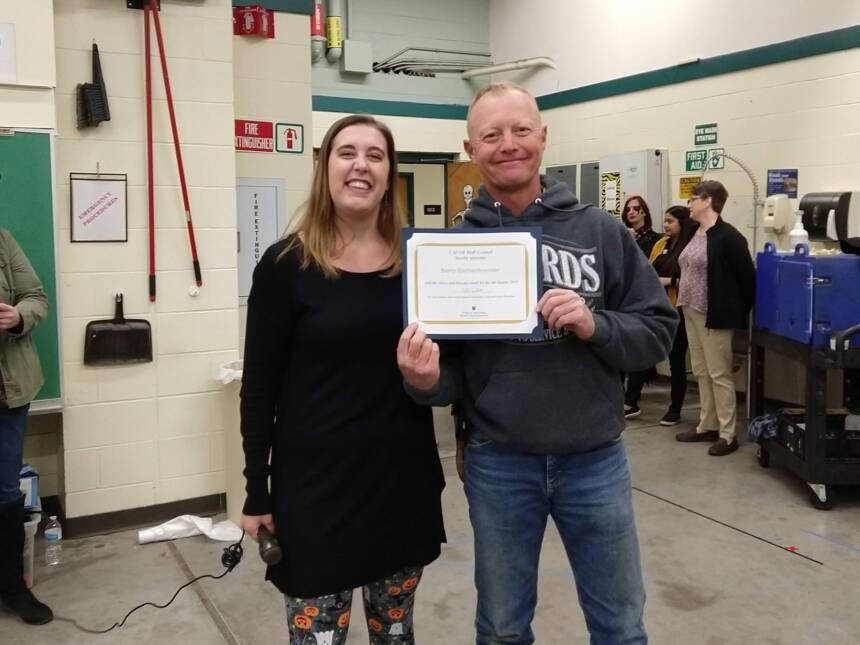 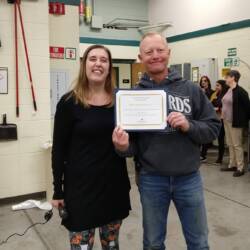 Barry Eschenbrenner, farm manager, Horticultural and Agroforestry Research Center, received the Above and Beyond Award for the 2nd quarter at the Chili Luncheon Oct. 30. CAFNR Staff Advisory Council presents this award, for staff who go the extra mile. 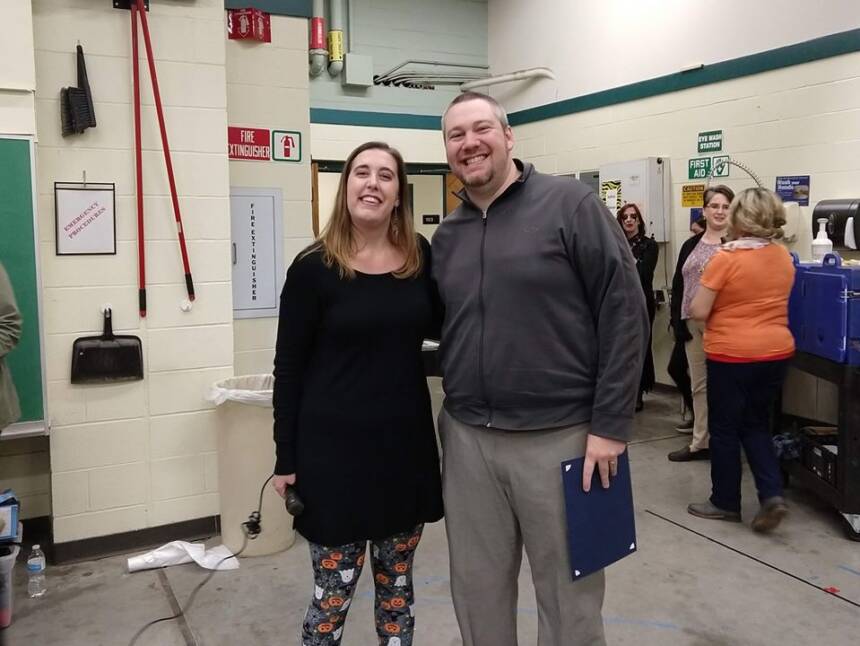 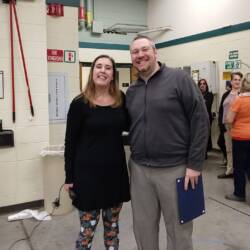 Logan Jackson, news strategist, CAFNR Marketing & Communications, received the Above and Beyond Award for the 1st quarter from CAFNR Staff Advisory Council. The award was presented at the Chili Luncheon Oct. 30, and is given for going the extra mile. 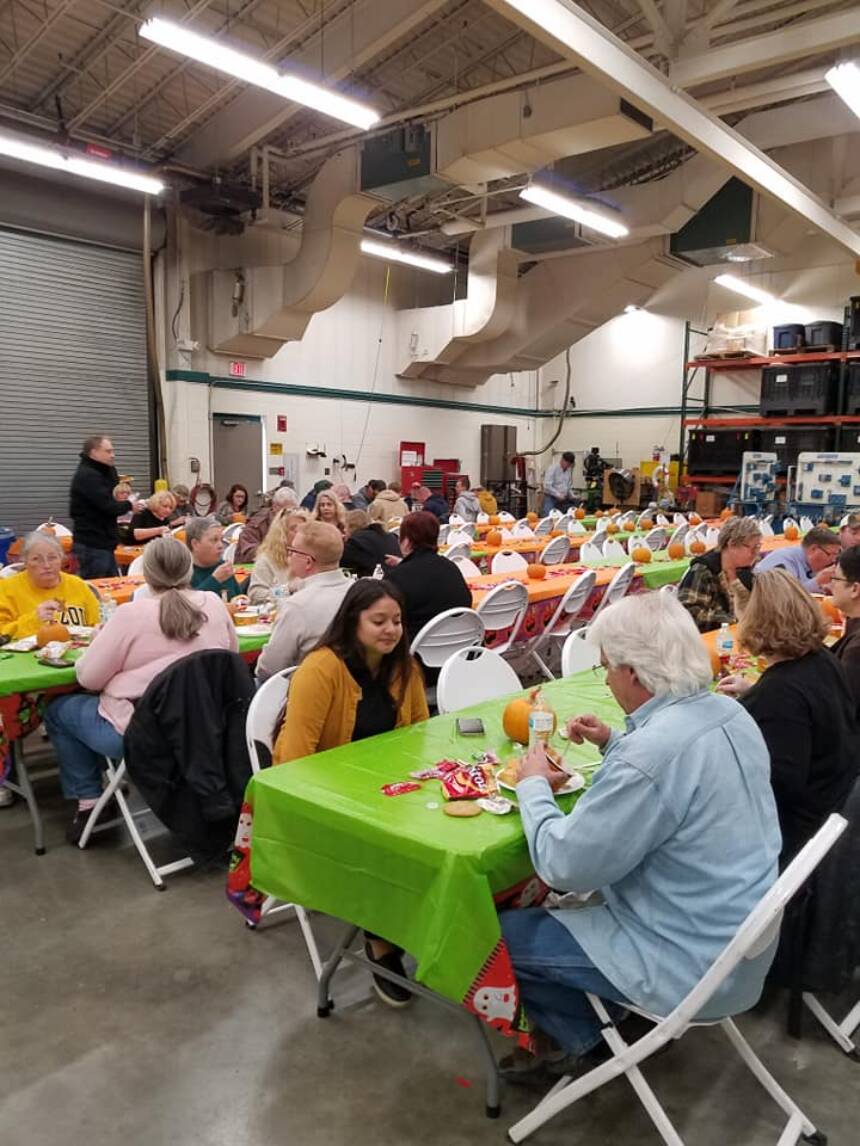 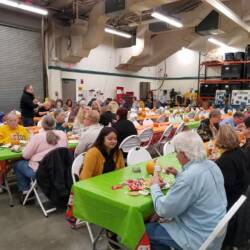 CAFNR Staff Advisory Council hosted their annual chili luncheon Wednesday, Oct. 30. In addition to a yummy lunch, the council raised funds for Second Chance as part of the event. 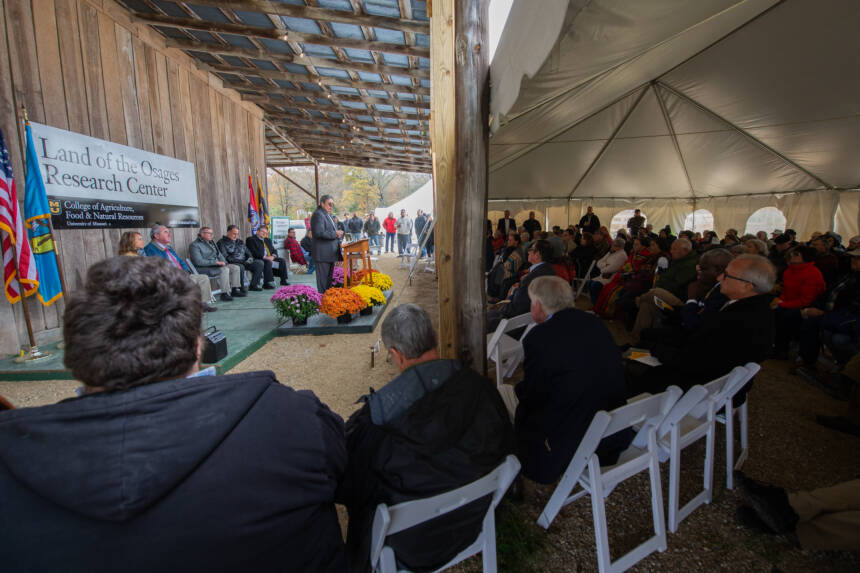 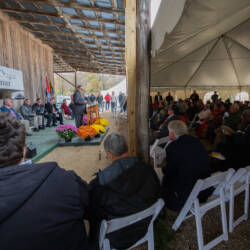 The Land of the Osages Research Center opening ceremony paid tribute to the center's partnership with the Osage Nation, and included an Osage flag ceremony, song and blessing. Speakers included Sarah Lovell, Director for the Center for Agroforestry and the H.E. Garrett Endowed Chair in the School of Natural Resources; Geoffrey Standing Bear, Principal Chief of the Osage Nation; Norman Akers, Chairman of the Traditional Cultural Advisors Committee (pictured speaking here); Christopher Daubert, Vice Chancellor and Dean of the College of Agriculture, Food and Natural Resources; Joe Tillman, Speaker of the Osage Nation Congress; and Alexander Cartwright, Chancellor, University of Missouri. The new center, which is in Laurie, Missouri, and was an estate gift from donor Doug Allen, will further research in agroforestry. 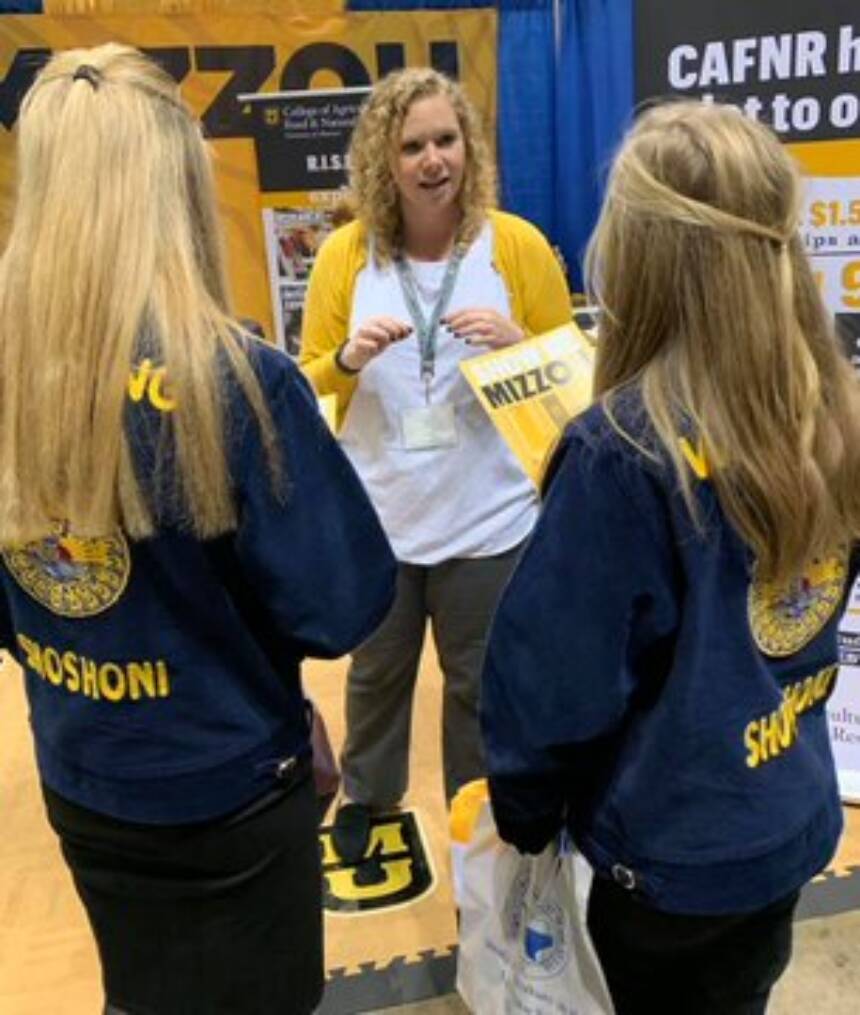 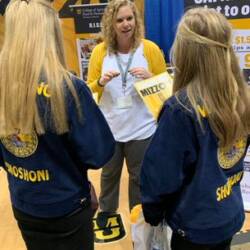 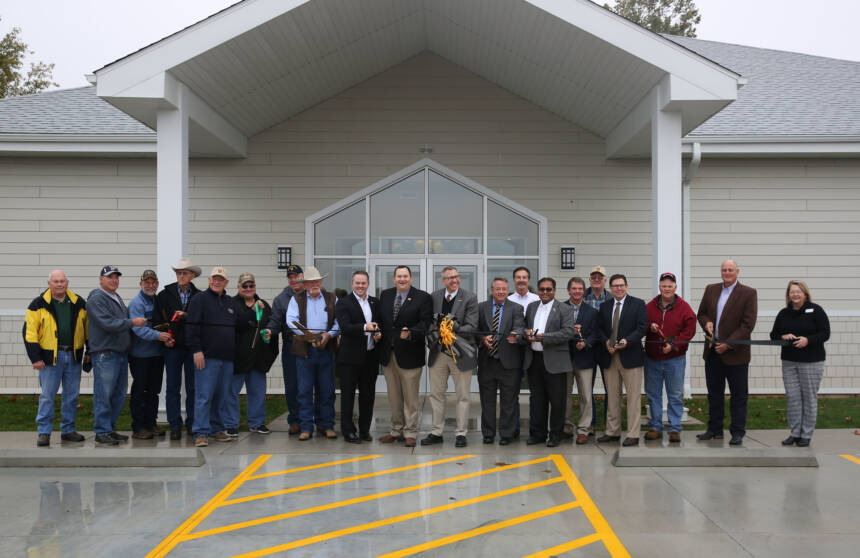 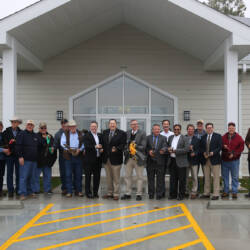 CAFNR celebrated the ribbon cutting and grand opening of the new facility of Southwest Research Center Friday, Oct. 25, in Mt. Vernon. This facility is part of the recently announced $6.5 million investment in the Missouri Agricultural Experiment Station by CAFNR, Mizzou, the UM System and MU Extension. The building is an important educational facility in the southwest part of the state. 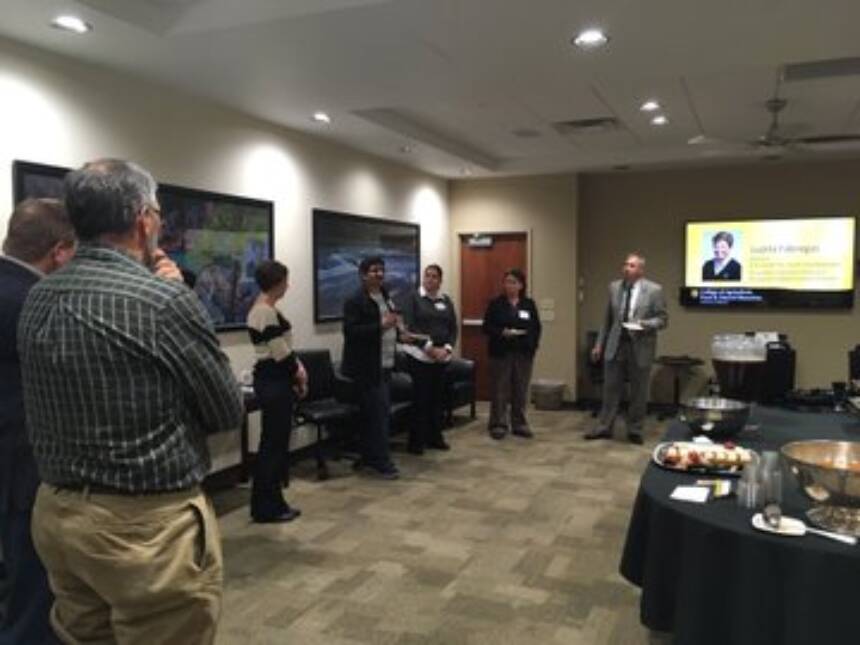 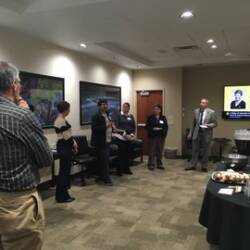 CAFNR welcomed and celebrated our new faculty members with a reception Oct. 24. Eleven new faculty joined the college this fall. 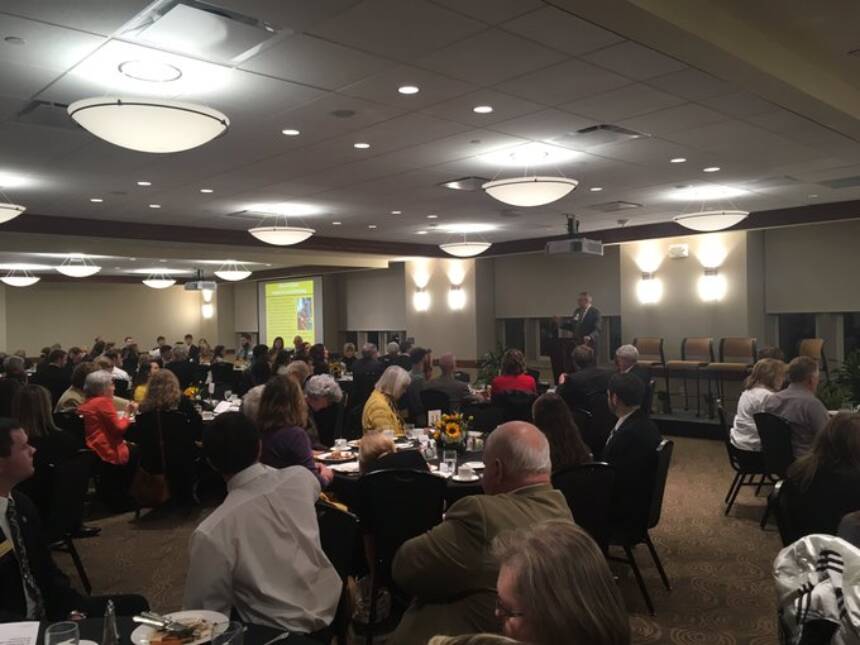 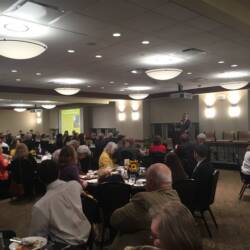 It was a packed house for the 2019 CAFNR Scholarship Dinner the evening of Oct. 22. Scholarship donors and recipients came together for evening camaraderie and saying thanks. The speakers were a panel of students and faculty member: Grace Frisella, junior in food science and nutrition; Hugh Key, senior in fisheries and wildlife; and Molly Shumard, junior in biochemistry; in addition to Antje Heese, associate professor of biochemistry. 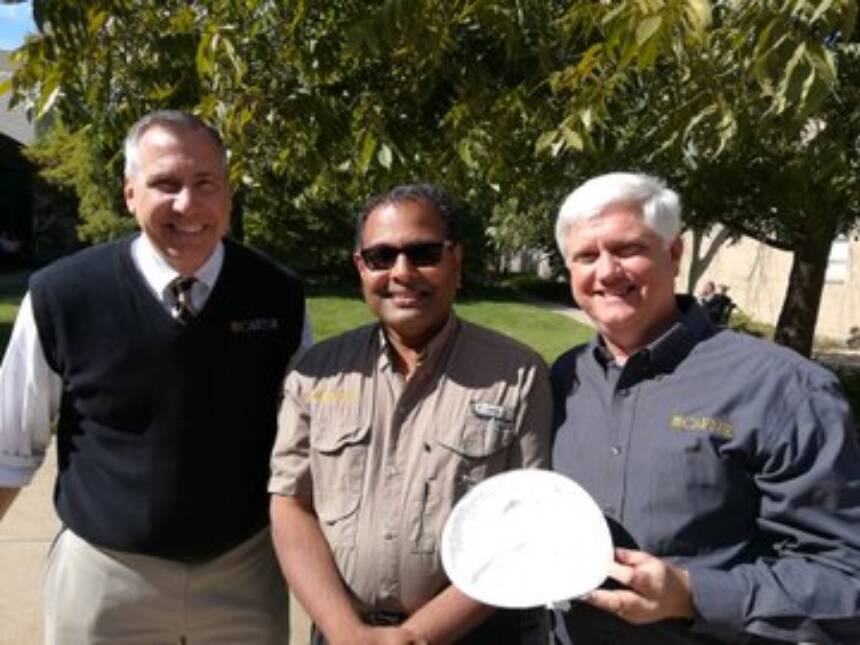 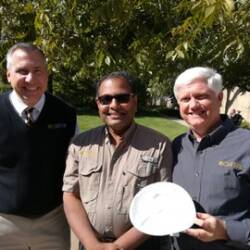 The CAFNR deans went up against each other to raise money for the United Way. Donations were accepted in jars for each of the deans in different CAFNR offices for a couple of weeks, with the "winner" receiving a pie to the face. This photo was taken just before Interim Associate Dean Shibu Jose received a pie to the face. More than $900 was raised for the United Way through this fundraiser. 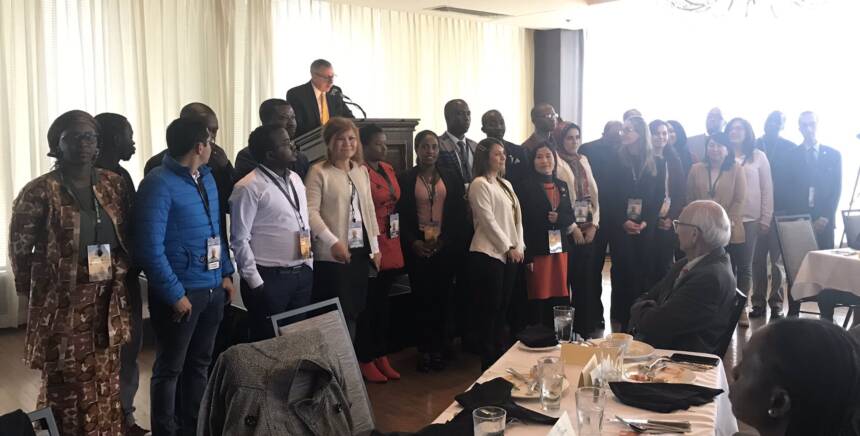 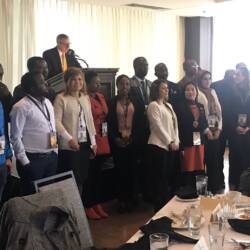 Vice Chancellor and Dean Christopher Daubert recognizes the Borlaug scholars in attendance at a luncheon CAFNR hosted in their honor at the World Food Prize festivities in Des Moines, Iowa, in mid-October.