“My family had a pretty good connection to the farm,” Booker said. “One of my brothers managed the farm for four years, from 1969 to 1973.

“We were very invested in farm work growing up. We milked cows, raised hogs and had several acres of corn. Working at Wurdack wasn’t a stretch at all for us. We were very familiar with the farm life.” 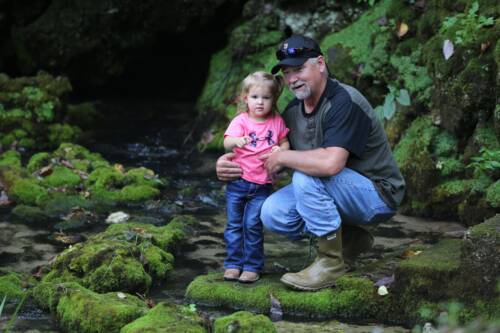 After a few years in his full-time role, Booker followed his brother’s footsteps, and, in 1986, became the farm manager of the Wurdack Research Center. It’s a position he continues to hold in 2019.

Booker lives on the farm – and has made the position his own. He has worked hard to add and support new research projects, new tours and new ideas at the Research Center.

“The whole idea of the farm is to educate the public, especially students,” Booker said. “Our job is to teach. We have worked hard to build strong relationships with the public and we’ll continue to do so.”

The Wurdack Research Center was acquired by the University of Missouri in 1962 and was managed for approximately 25 years by various university personnel and departments. In 1986, the same year Booker took over as farm manager, management of the farm was shifted from the Division of Animal Sciences to a management committee comprised of area extension and state extension/research faculties. A producer advisory committee was formed to review the forage, livestock and natural resources components of the farm enterprise and continues to help guide the management committee in its charge to direct the demonstration, extension education and research functions of the Research Center.

Since that time, facilities have been upgraded and substantial education, demonstration and research programs have been initiated for the citizens of the Meramec Extension area. The key to success of the Center has been the degree of cooperation and support between area Extension specialists, state Extension/research specialists and community leaders.

“When the farm was first started, there wasn’t a whole lot going on in terms of research or projects,” Booker said. “There were some cows and a few horses, and that was really it. I don’t think many people even knew it existed.”

Booker said things started changing right around the time he became a full-time employee. The Research Center hosted its first field day in the early 1980s and began hosting its agricultural education day for students in the late 1980s. By the 1990s, Booker had helped the Center develop relationships with the Missouri Department of Conservation, the Natural Resources Conservation Service and MU Extension.

“It’s been an interesting ride,” Booker said. “I’ve seen things really evolve over the years. I honestly wish I had taken more pictures. You wouldn’t believe what some of the fields use to look like. It was all thistles and rose bushes. Now, it’s actually functional.”

One of the biggest areas of growth came during the agriculture education day, where the Research Center invites students out to Wurdack to learn more about agriculture and its importance in everyday life. Booker said nearly 1,000 students attend the annual event now, from numerous local schools, as well as surrounding area schools.

“That day is a lot of work, but it’s so exciting to see things click with the students,” Booker said. “We have a great group of local schools who have attended for years. During the last couple of years, we’ve even had schools from St. Louis attend the day. It’s really important for those groups to get exposure to farm life. Our local kids live on a farm or they know someone who farms. Some of the other students don’t always know where their milk or vegetables come from. It’s important to show them.”

The Wurdack Research Center conducts demonstrations and research in integrated livestock, forages, forestry and wildlife management practices that are economically viable, environmentally sound and sociologically acceptable for the Ozark region of Missouri. It’s the only CAFNR Agricultural Research Center in that region.

Wurdack is operated using best management practices and provides educational information on a wide range of agricultural, natural resource and scientific topics to area beef and forage producers, soil and water district members, students from elementary and secondary schools, and other interested groups. 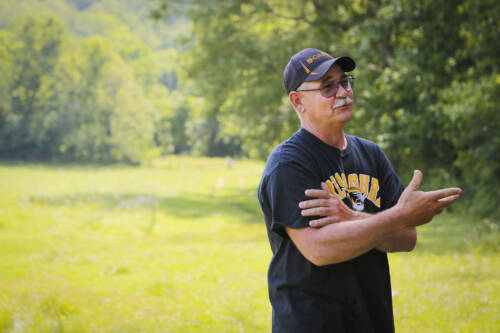 One of those best management practices is management intensive rotational grazing, where cattle are moved from paddock to paddock, grazing different pastures throughout the year. It’s a practice that Wurdack continues to this day.

“The intensive grazing work we’ve done definitely jumps out to me,” Booker said. “We did our first work using this grazing style around 1983 – really before anyone else was doing it.”

Wurdack has had successful timber sales and has worked with a variety of grasses to help farmers find the best ones for their pastures. Booker said the Center has researched silvopasture throughout the years as well.

“Most people have open ground and plant trees to complete a silvopasture system,” Booker said. “We actually did things differently. We went into the woods and thinned out the trees and put grass in there.”

Booker said Wurdack has an endowment that is a huge help in terms of funding researchers, as well as helping construct buildings. The Research Center is self-supported.

While the Center has added numerous research projects, the goal when dealing with the results has always been the same – share the truth.

“My parents taught me about hard work, morals, ethics and integrity,” Booker said. “And that’s how I deal with the farmers in the area. I have my own opinions, like we all do, but I always share the truth with our audience. It’s important that they only get the facts.”

Booker lives on the Research Center property and has raised his family on the site. While the job does bring its challenges, he said it’s been important to stay dedicated to the work.

“A job like this, it’s in your DNA,” Booker said. “There is a satisfaction of farm life – some enjoy it and some don’t. I love it. My wife and I have enjoyed raising our family here, and we now enjoy sharing the farm with our grandchildren. This isn’t about the money. It’s about being in a job that’s satisfying to the soul. I’m incredibly protective of the Center.”