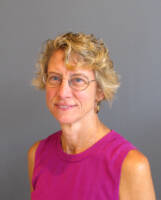 Brenda Peculis teaches classrooms full of first-semester freshmen as an associate professor of biochemistry. Her advice for working with all new freshmen? “Walk in with a sense of humor!” she says.

She says it’s the same advice she would give to her fellow CAFNR faculty members about using the MU Connect system.

“Before MU Connect existed, it would take three or four emails back and forth,” Peculis says about setting up appointments with advisees and other students.

Peculis blocks time in MU Connect when she is available to meet with students over the semester. She’s learned a few tricks of the system over the years. Although it interfaces very well with Outlook’s calendar if her available times are blocked out in MU Connect early on, if there’s already something on her Outlook calendar even just one of the days she wants to block out, none of the times will “take.”

”The key is to do MU Connect first, if possible, before there’s anything else on the calendar,” she says.

Students can then sign up for meetings with Peculis online and let her know what they want to talk about in the meeting – she receives email reminders when someone has signed up.

Although the ability to make appointments online is usually the main reason faculty members use MU Connect, that’s not the only way it can communicate with and keep tabs on students.

Twice per semester Peculis is prompted via the MU Connect Progress Survey, Early Alert system to either “flag” students who are having attendance or academic issues, or give “kudos” to students who are doing well. Peculis said most students appreciate that she has noticed they were absent, and that it eliminates feeling anonymous in a large class. Just a little feedback, even saying “I’ve noticed you’re not in class, are you OK?” has a positive impact on students, she says – and clearly the students like getting the kudos!

“It lets them know that you noticed,” Peculis says. “The lack of invisibility reflects that we care.”

In addition, Peculis can keep notes on her meetings with students in the system. Advisors and other faculty members who work with the individual student can also see Peculis’ notes. She says it’s a great way to communicate about students as well as with students.

She says the system does have its quirks – but her suggestion is to start off using MU Connect for scheduling appointments. Once that is working well, she says to delve into some of the other features.

“I recommend it for the ease of communication, both with students and laterally with other faculty, particularly those in the other offices,” she says. “The amount of information you can harvest from it is actually really useful.”

Peculis recently was named the director of undergraduate education in biochemistry, in addition to her teaching duties.

“So I’m really going to rely on MU Connect now!” she says.