In addition to the fulfillment of work in international… Expand ▸

“I think we’re much more connected than we use to be,” Clark said. “The research and work we do here is applicable overseas, and when we’re more globally connected, I truly think you’ll see more empathy. People fear what they don’t know. When you put in the work to understand each other, I think it leads to less conflict. I want CAFNR to be a great and caring neighbor for all of our partners overseas.”

Clark’s passion for international collaboration is shared by numerous CAFNR faculty, and several of those individuals have made it a mission to be as globally connected as possible.

As a land-grant university, the University of Missouri’s mission is to provide research, teaching and Extension efforts not only for the state, but on a national and international level as well.

CAFNR boasts numerous strong research programs that study a variety of issues facing agriculture and beyond. Some of those researchers have taken their projects abroad. 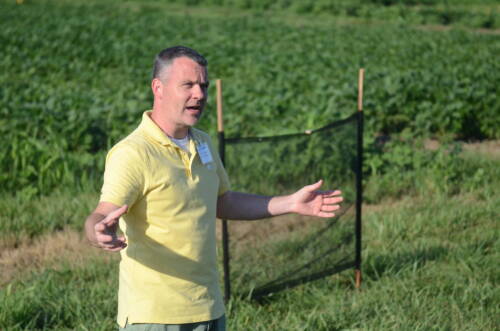 Kevin Rice, an assistant professor in the Division of Plant Sciences and MU Extension entomologist, recently made a trip to Ivory Coast, Africa, to help begin a project related to invasive species, especially the fall armyworm. The fall armyworm is actually native to the United States. It’s a relatively new pest in Africa. It eats 80 different plants, including corn, which is an important crop for Ivory Coast.

Rice took part in a train-the-trainer program and set up several research plots during his visit.

“We covered a variety of topics, including how to scout fruits and look through all of their incoming and outgoing cargo,” Rice said. “Our primary goal is to help prevent the spread of these invasive species. For example, Ivory Coast sends a lot of mangos to Europe. There are fruit flies that can hitch a ride. If you deliver infested mangos to Europe, they have the ability to ban the sale or import of those items. That can be economically devastating, so we’re working really hard to prevent that.”

Rice has set up research plots after forming collaborations with scientists in Ghana and Senegal. Those plots are using insecticidal nets, which Rice uses in research plots in Missouri, to attract specific pests. The nets contain lures for specific pests. When that specific pest lands on the net, it receives a toxic dose and dies. All of their research is being done without using chemicals on the actual crops.

“It’s really interesting because there are some barriers when you do integrated pest management research here,” Rice said. “It’s a lot easier for us to just spray pests and be done with it. In my brief time in Africa, they were incredibly excited to adopt our management practices. They just want their crops to flourish, so they’re willing to do everything they can to make that happen.” 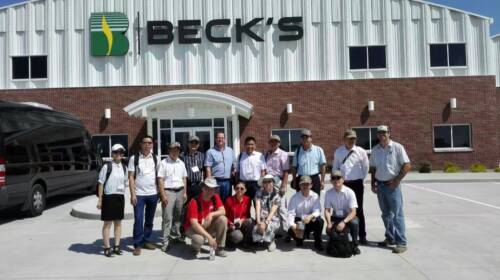 While Rice recently made his first trip overseas, international research collaboration is nothing new for Teng Lim, an Extension associate professor in agricultural systems management. Lim typically makes two to three international trips a year for a variety of purposes. He attends conferences, takes part in workshops and also works with other researchers on projects related to air quality and waste management.

Lim’s research focuses on the assessment of baseline dust, odor and gas emissions of livestock facilities, and web-based, interactive odor setback guidelines for those same facilities.

“My international projects closely relate to my work here,” Lim said. “Other countries are facing the same issues that we are. We’re doing our best to work together and tackle the issues together.”

Lim has collaborations with researchers in China, Vietnam and Brazil, among others.

“I think it’s important to learn more about what other people are doing,” Lim said. “I like to pick their brain and see how they’re dealing with a problem. Those relationships are key for us.”

Rice is hoping to build on the early relationships he’s built.

“This is an applied part of my research that actually helps people directly, which is cool,” Rice said. “I think for CAFNR, it’s important that we continue to do research that makes agriculture across the globe more efficient.” 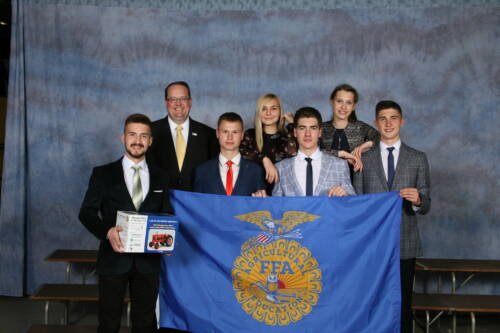 Simonsen’s experience with FFA has helped individuals in the Ukraine as they develop their own FFA-style organization – Future Farmers of Ukraine. CAFNR welcomed several students, teachers, advisors and farmers from the Ukraine for the Missouri state FFA convention this year. The Ukrainian participants were able to not only take part in numerous activities, but they also were able to meet with the state officers, as well as other students, teachers and advisors.

“They actually reached out to us about their initiative for this organization and wanted our help,” Simonsen said. “It was a natural fit for us.

“The state convention was an amazing experience. Everything was new and fresh to them. I know at times it was overwhelming. Missouri has 90 years of FFA history, and they’re in their second year. But I know it was exciting for them because they got a glimpse of what could be.”

Simonsen traveled to Ukraine two years ago when the organization was first beginning.

“The entire experience has been incredible,” Simonsen said. “None of us truly grasp the potential and future impacts that this could have. I think we’ve just scratched the surface.”

Along with his research, Lim has also developed relationships with students abroad. Several of those students have traveled to Mizzou to do their graduate work.

“We’ve built many good relationships with students overseas,” Lim said. “It’s been great for us to have them come here and take what they’ve learned back to where they grew up to help agriculture in their hometowns. They’re our next-generation leaders. We’ve benefited from those teaching opportunities.

“CAFNR International Programs have really helped with my travel and work. It’s been great to work with them on these projects.”

Simonsen is hoping to continue to build on the relationships with the Future Farmers of Ukraine, too.

“One of our focuses in CAFNR is to serve Missouri,” Simonsen said. “This project gave students and teachers in the state an opportunity that they’ll never have again. That interaction is tremendous. We were able to learn about another culture and provided opportunities for our students and our citizens.”

Kerry Clark’s father was an international baseball scout for the Atlanta Braves for 20 years, so international travel was the norm for her family. Clark also spent three years in Mali, Africa, through the Peace Corps after receiving her bachelor’s degree from MU. When she returned, she ran a group home for refugee children in Washington, D.C., for a year. She then returned to Mizzou to get her master’s degree and took a job in soybean breeding at MU.

“I really thought I would spend three years in soybean breeding,” Clark said. “It ended up being 20 years.”

Through the USAID Soybean Innovation Lab, a University of Illinois-led project, Clark was reintroduced to international work a few years ago, after going 25 years without visiting Africa. 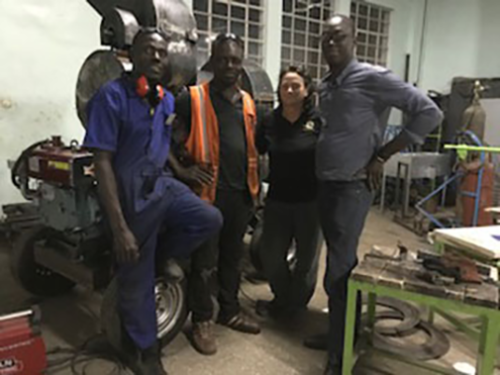 “I was surprised when I returned that so little had changed in the rural areas,” Clark said. “And the urban areas had changed so much. I was amazed by the entrepreneurship of young, urban Africans. They approached me with so many great ideas.”

Among the many projects Clark has been involved in, her favorite is her work with building threshers for rural farmers in Africa. Clark said harvest and threshing is one of the main impediments to soybean production in Africa.

“When you help teach someone to build a thresher, it changes everything,” Clark said. “We take a lot for granted here. It’s fulfilling to see them build their own thresher and improve the efficiency of agriculture practices.”

Clark taught two Africans to build threshers. The duo now travels throughout the country and teaches other individuals to build their own threshers.

“We travel to places where they don’t even speak the same language, and we teach them to build these important threshers,” Clark said. “It’s really incredible to watch the entire interaction.

“It’s moments like this where you realize that impact that we can have in other countries. I’m so excited to be the director of CAFNR International Programs, and I hope that more of our faculty have the opportunity to get these experiences.”