Every year, Mizzou recognizes 39 seniors and 18 graduate students to honor the school’s founding in 1839. The students represent various majors, activities and organization across campus and are selected based on their academic achievement, leadership and commitment to MU and the community.

Brooke Novinger has already attended three College of Agriculture, Food and Natural Resources graduations – singing the National Anthem and Alma Mater. This year, Brooke will attend the CAFNR graduation again, but this time, she will be in a cap and gown herself.

Brooke said she was in awe when she found out she had been selected as a recipient of the Mizzou ’39 award.

“Being a Mizzou ‘39 recipient had been a seemingly impossible dream of mine since touring Mizzou,” Brooke said. “With every late night spent studying or planning events, leadership role and achievement, my only hope has been to serve the alumni, current students and future Tigers of our university well. My heart is so full knowing that someone saw that in me.”

Brooke’s pride for Mizzou began over two decades ago when she attended her first Mizzou Homecoming at 3 years old. Later, she would find herself tasked with upholding the tradition of MU Homecoming as a Homecoming Tri-Director. 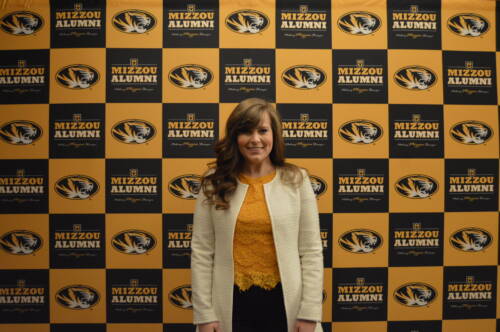 Brooke Novinger, a senior studying biochemistry, was recently named a recipient of the Mizzou ’39 award. Photo courtesy of the Mizzou Alumni Association.

“My memories from my time as a Homecoming Tri-Director will forever stand out among some of my most cherished Mizzou memories,” Brooke said. “Seeing the seas of smiling children in attendance of campus decorations and the Homecoming parade each year gives me hope that these children will have the same feelings towards our university. Through creating meaningful experiences for current students and the community, I hope to have been a part of memories that will contribute to the growth of our network of Tigers.”

Growing up on her family’s farm near Kirksville, Missouri, Brooke said she learned to appreciate agriculture and the life lessons that came with having an agricultural background. Brooke said her father and numerous cousins graduated from MU with degrees from CAFNR.

“My greatest challenge at Mizzou has been getting through the curriculum of the biochemistry program,” Brooke said. “I wanted a degree program that would push me intellectually. I can say without hesitation that each day of the last few years my degree program has upheld that expectation.”

Aly Friend, former MU coordinator of student and alumni programs, has served as a mentor to Brooke during her time on campus.

“Aly was the coordinator of student programs for the Mizzou Alumni Association during my two years involved with the Homecoming Steering Committee,” Brooke said. “Aly’s guidance has always been one I could count on in times where I needed a bit of encouragement.”

Brooke encourages incoming freshmen to find “their people” at MU.

“Ironically it is easy to feel lonely at such a large university, but I promise if you pour into the people around you, whether it be in a campus organization, study group or simply your floormates, you can build your own community within Mizzou,” Brooke said. “There will be moments of rejection, but I have found that each door that closes has always led me to find where I truly belonged.”

After graduating from MU in 1995 with a bachelor’s in music education, Rebecca Mott’s goal was to teach music in rural Missouri for the rest of her life.

That’s what she did for over a decade before moving back to Columbia, when her career took a turn after taking a position at MU working for Extension.

“I wasn’t here very long before I realized that I missed students like crazy and that I would have to do something with students,” Rebecca said.

It was this realization that pushed her to pursue her master’s and then her Ph.D. in agricultural education and leadership at MU. 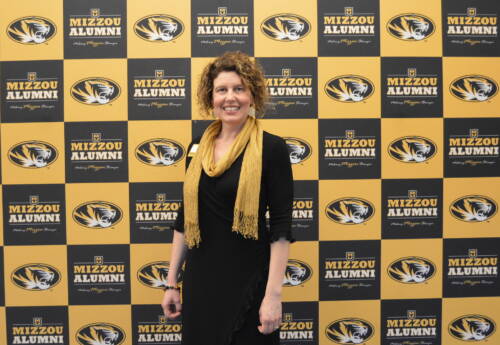 “All through high school, I was passionate about both music and agriculture,” said Rebecca, who grew up on a registered polled Hereford cattle farm.

Eighteen years after obtaining her bachelor’s degree, Rebecca visited the office of Jon Simonsen, the director of graduate studies for agricultural education and leadership.

That was one of Rebecca’s biggest challenges here at MU – accepting the fact that her path was different than other students.

“I still remember walking into Dr. Simonsen’s office and being like ‘I can’t believe I’m going to ask this.’”

Since her bachelor’s degree was in music education, Rebecca didn’t know if there was a strong enough link to pursue a master’s in agricultural education and leadership, let alone a Ph.D. She said Simonsen was very open to talking about something even a little outside of the box.

That was the start of Rebecca pursuing her master’s, and then later her Ph.D., all while working full-time at MU.

Rebecca said she felt honored to be named to the Mizzou 18, especially as a non-traditional student.

“I think it gives people hope when they see that there’s more than one acceptable way to do this,” Rebecca said. “I think that having those outside life experiences can actually add depth and richness to the work that you do, even if you don’t look like everyone else.”

There were many mentors who helped her along the way, too.

Jo Britt-Rankin, associate dean and extension professor, provided Rebecca with opportunities to figure out how her work, job and research could align. Anna Ball, professor in agricultural education and leadership, was the reason Rebecca fell in love with research. Simonsen was open to taking a chance on someone who was different than the traditional student. Rebecca said she admires the way John Tummons, assistant teaching professor and director of undergraduate studies for agricultural education and leadership, works with undergraduate students and that she always learned from osmosis when around Kimberly Keller, assistant research professor and evaluation coordinator for human environmental sciences extension.

“There’s a lot,” Rebecca said with a laugh.

As for the future, she plans on staying right here at MU.

“My intention is to stay here,” Rebecca said. “I hope to use everything that Mizzou has given me and just keep on giving back to our students at Mizzou.”

As of March 1, Rebecca is an assistant extension professor housed in the College of Human Environmental Sciences (HES). Her appointment is split with CAFNR, so she will also teach for agricultural education and leadership, in addition, to continue doing program evaluation work for HES.

When Rachel Owen looks back on some of her favorite memories at MU, she won’t just be reminded of late nights leaving the lab she worked in, looking up to see Memorial Union or Jesse Hall lit up on campus, but of the legacy she’s leaving in Missouri.

Rachel is a Ph.D. candidate in natural resources, with an emphasis area of soil, environmental and atmospheric science.

During her time on campus, she’s been involved with the Graduate Professional Council, coached the successful Mizzou soils team and co-founded the Missouri Science and Technology Policy Fellows (MOST), which she said will be her greatest accomplishment when she leaves Missouri.

The goal of MOST is to place either Ph.D. candidates, or people who recently received their Ph.D. in a STEM discipline, in Jefferson City. The fellows would serve as a resource for legislators while drafting or voting on bills, informing legislators of the benefits and consequences of their decisions from a scientific perspective. MOST is currently in the fundraising phase and hopes to have fellows in place during the 2021 legislative session.

“Hopefully it will become an endowed program and will provide resources long-term in Jefferson City, so our state will be able to use more science when they are making policy,” Rachel said. “To me, that’s really a great legacy.” 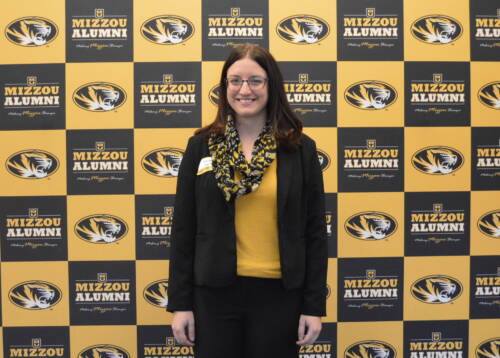 Rachel Owen, Ph.D. candidate in natural resources, was selected as one of the Mizzou 18 recipients. Photo courtesy of the Mizzou Alumni Association.

Rachel said she was very excited when she received the email informing her that she was a recipient of the Mizzou 18 award.

“They are looking for students who have exemplified the pillars, the core principles, of the University of Missouri,” Rachel said. “To be recognized as a student who has exemplified those qualities is an outstanding recognition.”

Rachel is from Ankeny, Iowa, but didn’t grow up on a farm. She received a scholarship to study biology in a college of agriculture. During her freshman year at Iowa State University, she took a soil science course to fill a general requirement.

“I realized that soils were so important, but not a very popular topic to study,” Owen said. “I fell in love with soil science, getting my hands dirty and getting to travel around the world to look at soils.”

After graduation, Rachel hopes to work in science policy, communication or outreach.

“A lot of what I’ve learned here is how to take what I am doing as a scientist and communicate it to different audiences,” Rachel said. “Whether that be different interdisciplinary scientists, or legislators or farmers.”

Rachel said her advisors, Keith Goyne, Adjunct Faculty, and Lisa Webb, Assistant Cooperative Professor, have been fantastic and have served as mentors during her time on campus, pushing her in her research and acknowledging that her extracurricular activities were a key component in her career development.

“I’ve also worked very closely with Dr. Jeni Hart, she’s the dean of the graduate school, and she has also been incredibly supportive of the policy work that I’ve done while I’ve been here,” Rachel said. “Dr. [Shibu] Jose was supportive and talked me through a lot of things within the School of Natural Resources when he was the director.”

As Rachel prepares for graduation, she reflects on advice for students considering graduate school.

“Thinking about the career you want at the end of your degree is really important,” Rachel said. “Whenever I talk to students about considering grad school, I try to remind them that, if you go to grad school, you’re going to get a very specific skill set.”