As a seventh grader, Matthew Caldwell was hoping to land in an elective history class. There was just one problem – all of the spots were full.

Caldwell was left with one alternative, joining an agriculture class. Caldwell didn’t know the impact of that first agriculture class at the time, but he wasn’t thrilled with his lone option.

“I got stuck, and I mean stuck because I didn’t like the idea of it, in an agriculture class,” Caldwell said. “I grew up in town and didn’t have an interest in agriculture. It’s funny how small, inconsequential events happen and impact your entire life, though. I had a great teacher and she convinced me to join FFA.” 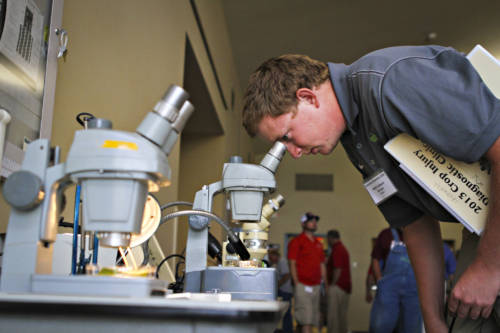 Agriculture soon became a focus for Caldwell, who grew up in Montgomery County, just east of Columbia. As he began to search for colleges after his high school graduation, the University of Missouri made the most sense.

“I knew I wanted to stay in the state,” Caldwell said. “What really stood out at Mizzou were the opportunities for research. Once I found out that I could begin doing research as a freshman, I was sold.”

Caldwell majored in plant science in the College of Agriculture, Food and Natural Resources.

“I liked agriculture, and I’m not a huge animal person, so I gravitated toward plant science,” Caldwell said. “The more classes I took, the more curious I got about plants. And that continues today.”

Caldwell was also serious about research. His first research experience came at the Sears Plant Growth Facility. He worked with wheat breeding, weed science and plant physiology throughout his time as an undergraduate.

“It was an invaluable experience,” Caldwell said. “Some of the products we were working on are commercial products today – products that I work with every day. I worked with some great researchers, including Dr. (Anne) McKendry, Dr. (Felix) Fritschi and Dr. (Kevin) Bradley. It was the perfect opportunity to see what I did like and what I didn’t.”

With ample research opportunities, Caldwell also took advantage of the CAFNR Career Services office. The team there helped him prepare for life after college.

“The CAFNR Career Services office got me teed up for what it’s like to have a job,” Caldwell said. “Conventional wisdom is going to tell you to wait until you’re a junior or senior to visit them. That’s not the CAFNR way, though. You go in as a freshman, build connections and get involved.”

Caldwell was able to secure three internships during his time at Mizzou. He also joined the Agronomy Club which led to even more relationships.

“Being involved is about connecting with other individuals,” Caldwell said. “You’re putting your energy toward something that is beneficial and productive in the long run. The Agronomy Club was hyper focused on my exact area of interest. We would go on trips and meet with students from other land-grant universities.

“I think it’s extremely important to be active from the beginning. I’m a huge proponent of being very active in a few things rather than a little active in a lot of things.”

After earning his bachelor’s degree, Caldwell decided to continue his education at MU. He started working on his master’s with Kelly Nelson, a research agronomist at the Greenley Research Center. His research focused on looking at new technology and how it compared to traditional practices in the field. 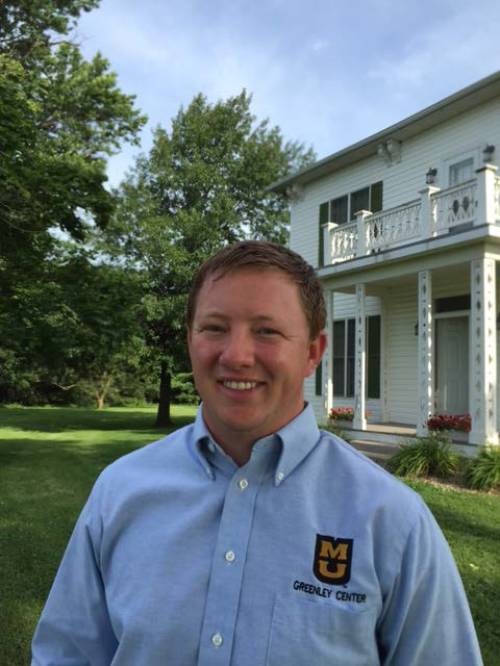 “We had a grant through the Missouri Fertilizer and Ag Lime Board,” Caldwell said. “Their purpose was to protect the Missouri farmer. They would give grants to individuals to look at new technologies in the marketplace, allowing an unbiased third party to gather information.”

While Caldwell had his specific research project, he was able to gain experiences in a variety of operations while working at Greenley. Nelson allows his graduate students to gain valuable hands-on opportunities and have a chance to interact with local producers.

“Kelly put you through the wringer on everything,” Caldwell said.

Caldwell still interacts with Nelson and the rest of the Greenley Research Center staff through his current position as an agronomist at Rosen’s Inc. Rosen’s is a wholesale distributor in the Midwest. While Caldwell’s job has many facets, he continues to do research at Greenley.

“I still do research at Novelty through Rosen’s Inc.,” Caldwell said. “I talk with Kelly often and visit the Research Center at least three times a year. It’s definitely fun to get back there.”

Along with research and development, Caldwell helps in a variety of areas at Rosen’s Inc. He works with the company’s more than 120 salesmen, helping them answer any questions that retailers may have. He also works with the sales and marketing team on promotion. He covers an area from Colorado to Ohio, west to east, and North Dakota to Texas, north to south.

“I do a little bit of everything,” Caldwell said. “If retailers have questions for our salesmen, and if the salesmen don’t have an answer, they’ll call me and I’ll find the answer and give a recommendation. I present to retailers as well. I work with plant nutrition, herbicides, insecticides, fungicides. It’s really anything and everything under the sun.

Caldwell credits CAFNR with helping him gain experiences that set up him well to enter the workforce.

“Anything that a land-grant university can offer you is invaluable,” Caldwell said. “You get to see what you learn about in the classroom. It’s not just PowerPoint presentations – you see agriculture applied in the field.

“You also get a complete education. Within plant science, that includes breeding, technology and weed science, for example. That’s an important part of education. That base foundation is essential. You never want to stop learning.”