For nearly 150 years, scientists from the College of Agriculture, Food and Natural Resources at the University of Missouri have contributed to advancements around the globe.

Many have heard the story of Charles Valentine Riley, an MU professor and Missouri’s first state entomologist, who saved the French wine industry from decimation by an insect, the grape phylloxera. The aphid had destroyed nearly one-third of French wine grapes in 25 years and threatened to annihilate the entire industry within another decade. Riley’s rescue involved grafting French vines onto resistant American rootstock.

Others know that Aureomycin, one of the world’s first antibiotics and a contemporary of penicillin, was developed from a fungus found in the soil of Plot 23 in Sanborn Field. The first investigations to measure soil erosion were launched here, in what is the oldest agricultural experiment station west of the Mississippi River. Countless lives worldwide have been saved because of what MU soil scientist William Albrecht discovered.

And don’t forget George Rédei, an MU plant scientist who researched the genetics and biology of Arabidopis thaliana. For nearly two decades, he toiled as the only person in the United States studying the small mustard plant. Eventually, the world took notice, and in 2000, the plant became the first in the world to have its genome sequenced.

Countless other achievements in crop improvement, human health and environmental protection have occurred in plant sciences within the college and the university as a whole. The reason is simple: Since the beginning, a culture of collaboration has existed at MU, both on campus and beyond, to further the missions of research, teaching and extension.

Building a reputation for world-class research and collaboration didn’t happen overnight. However, according to Marc Linit, CAFNR senior associate dean for research and extension, the culture of collaboration, especially within plant-related disciplines, was strengthened immensely in the late 1980s by the decision of the late Dean Roger Mitchell to consolidate the college’s individual departments into academic divisions. The Division of Plant Sciences — comprised of agronomy, entomology, horticulture and plant pathology — brought faculty under one administrative umbrella. Then, in the early 2000s, master’s and doctorate programs also were consolidated. 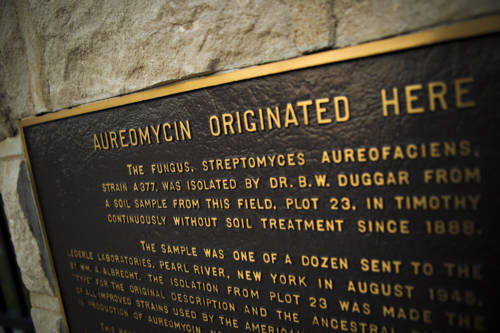 “Those steps removed the ‘silos,’ unifying all those efforts,” Linit says. “It created a single, powerful entity on this campus. There’s not another division on campus that addresses plant production and biology from the most applied, producer-oriented, land-grant-oriented perspective all the way through to the most basic questions in science relative to plant physiology, plant genetics and plant genomics.”

Faculty aren’t the only ones who have benefited from the consolidation, says James English, current director of the Division of Plant Sciences.

“Yes, it’s created greater opportunities among the faculty, but it’s also hugely enhanced the student experience,” he says. “We were way ahead of the curve. I hear from other institutions routinely that are thinking about merging programs today, and they want to know how we did it. I tell them, ‘If you do it right, it will change everything about how science can be done.’”

Because of its breadth and depth, Linit says the Division of Plant Sciences holds a core position within the plant biology community on the MU campus, one that bridges to other schools and colleges through the Interdisciplinary Plant Group (IPG).

“It’s more than just the scientific strength. It’s an attitude,” he says. “IPG doesn’t exist on a campus organizational chart. It exists to let scientists be scientists within a community of creativity. We don’t care where you ‘live’ on campus. If you’re interested in plant biology, here’s a place for you. You’re part of the community. That’s how collaboration begins.”

Take, for example, the university’s corn genetics program. Linit says that David Braun, a professor of biological sciences, leads that effort. “He’s not in our college, but we don’t care,” he says. “There’s this wonderful attitude that we just want the expertise, no matter where that person’s academic home is.”

Robert Sharp, professor of plant sciences, serves as the current IPG director. He agrees plant biology research has been able to transcend traditional disciplinary boundaries at MU. Within the group, he says, are faculty whose academic homes include not only CAFNR and the College of Arts & Science but also the College of Engineering and the School of Medicine. In addition, MU is home to the Plant Genetics Research Unit of the USDA Agriculture Research Service, and several faculty members are tied to the Donald Danforth Plant Science Center in St. Louis.

“There’s about 60 faculty in the IPG. The group includes 25 fellows of the American Association for the Advancement of Science, and two are members of the National Academy of Sciences,” he says. “In the past 10 years, IPG researchers have brought more than $172 million in external grant funds to MU. It’s a pretty stellar group.”

Providing facilities on the MU campus that match the caliber of the researchers within the plant biology community has been an identified need for more than a decade. The last significant upgrade was in 2001 with the opening of the Ernie & Lotti Sears Plant Growth Facility — named for the husband-and-wife research team who made significant contributions to the advancement of rust-resistant wheat varieties. The facility with more than 17,000 square feet of space in 12 greenhouses, plus controlled environment plant growth chambers and long-term seed storage still is considered state of the art. 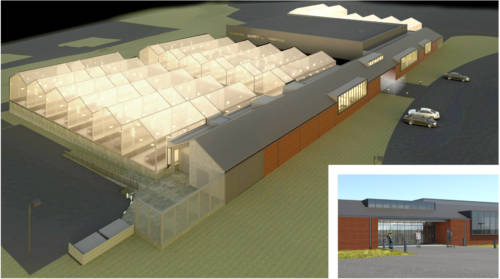 An artist rendering of the East Campus Plant Growth Facility.

“Sears was full to capacity the day the doors opened,” Sharp says. “Ever since, we haven’t had the capacity to fully support existing plant research programs let alone the opportunity to enhance and expand them.”

English agrees, noting that in his own research program, he abandoned some types of work because older facilities were inadequate to essentially non-functional. “When that kind of thing affects your thinking and ability to address questions, that’s not a good situation,” he says.

Linit describes the situation as “the biggest limiting factor to plant science on campus.”

“It has limited the ability of our current researchers, graduate students and postdocs to have the space they need to do the work they’re already involved in. That potentially limits grant applications,” he says. “It’s also hindered our ability to attract the absolute best candidates for faculty positions. Without new facilities, we couldn’t attract the kind of scientists this campus needs to maintain its position nationally and internationally.”

A 2006 review formally recognized the dearth, and a project was approved and placed on the campus master plan. Funding, however, wouldn’t come until 2016, when the University of Missouri Board of Curators approved funding for the first phase of the East Campus Plant Growth Facility.

When completed, the new $28.2 million facility located on East Campus Drive across from the Trowbridge Livestock Center will contain nearly 23,000 square feet of greenhouse space in three ranges, along with more than 9,300 square feet for controlled environment plant growth chambers.

As IPG director, Sharp served on the campus committee that directed planning for the project. He says the new facility brings expanded research capabilities to campus. For example, two of the greenhouse modules and some of the growth chambers feature height extensions. 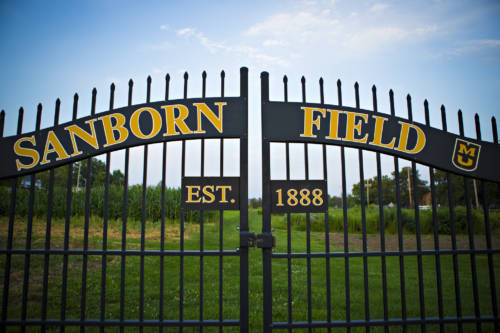 “This allows us to grow plants that we haven’t been able to work with in the past,” he explains. “Even corn, in our existing facilities, can be pushing up into the lights by the time it reaches reproductive development, and that’s a problem. The extra height will allow us to work with taller plants, such as bioenergy grasses like sorghums and switchgrasses and even trees.”

The additional height isn’t just beneficial for what grows above the surface. Root biologists — including Sharp — have been limited in their ability to replicate field conditions in controlled environments.

“In the real world, corn roots go down six feet or more, so when you try to grow corn in a 10-gallon pot, you get abnormal root systems,” he says. “Having the extra height allows us to grow plants in greater volumes of soil that are more natural.”

More research with “live” soil is another soon-to-be realized benefit of the East Campus facility. Sharp says that when the Sears facility opened, the decision was made to only allow sterilized commercial soil mixes. This ensured no pests or diseases would be unintentionally introduced into the building; however, it stifled certain types of research.

“It’s been a real limitation on field-oriented scientists studying the interaction of plants and the microbiology in the soil,” he says. “We’ve designed one range of greenhouses separate from the others to allow people to work with field soil yet still avoid any problems of contamination.”

Plant growth chambers that allow for enhanced temperature and carbon-dioxide control as well as more seed storage capacity are other benefits to the new East Campus facility, which is slated to open in spring 2019.

“Really, there’s nothing magical about the new facility,” Linit says, “other than we absolutely need it to move our science forward.”