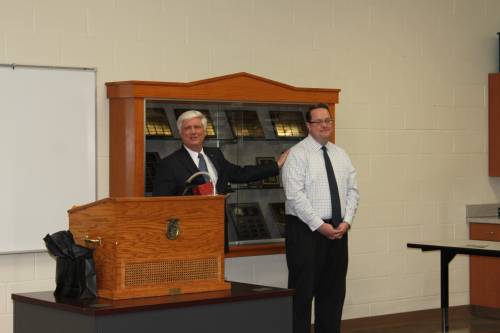 Students selected to be a part of the Litton Leadership Scholars cohort engage in a year-long seminar course centered on leadership and impactful change. The students have the opportunity learn from Jon Simonsen, a stellar leader. 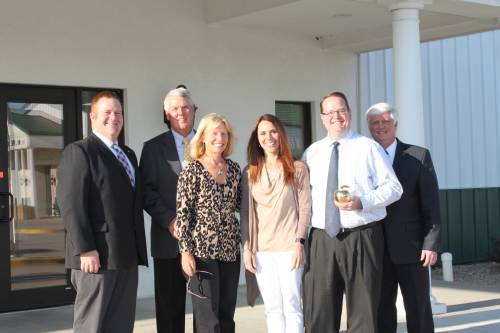 The first cohort of students was selected in 2011 and officially began the following school year in 2012.

Anna Ball, an agricultural education and leadership professor, nominated Simonsen for the award.

“Dr. Simonsen has been a stellar example of excellence in teaching and research, innovative thinking in designing and administering a cutting-edge leadership program, and truly providing inspirational impact with advising and directing an entire undergraduate program as well as several graduate students,” Ball said in her nomination.

Bryan Garton, CAFNR associate dean and director of academic programs, presented the award to Simonsen, who came to the University of Missouri in 2010 after completing a Ph.D. in Agricultural Education from The Ohio State University. 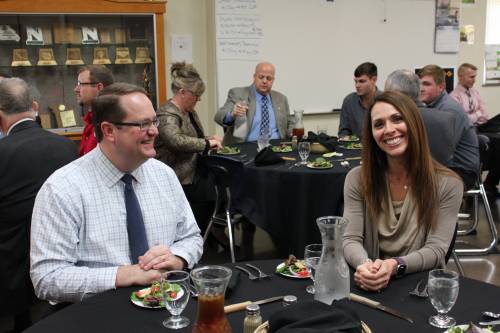 Jon Simonsen, and his wife Michelle Simonsen, following the announcement of his Golden Apple Award.

“Jon’s philosophy is that he believes that leaders can be made,” Garton said. “He believes everyone has the ability to acquire the necessary knowledge and skills to be a leader and leaders aren’t necessarily born. This is what he does with these young people.”

“It was a total surprise to all of us that Dr. Simonsen was receiving the Golden Apple,” said Natalie Ayers, a member of the 2017-18 Litton Leadership Scholars cohort. “I wasn’t shocked at all though because he is very deserving of the award. He does a lot of work behind the scenes and ensures that all of his students leave his classes a little more personally developed.”

Simonsen has taught eight different undergraduate courses and two graduate courses while at the University of Missouri, along with supervising numerous early field, student teaching and internship experiences. 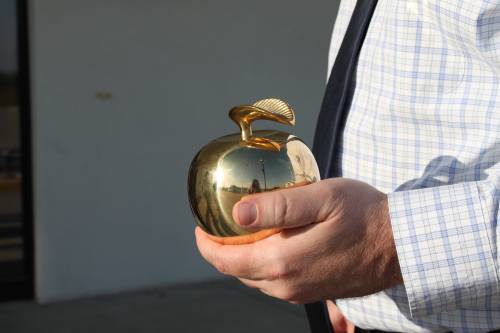 “He is one of the most caring, dedicated and compassionate faculty members that I’ve ever had the pleasure to work with, so it’s not a surprise to me that he’s done well with the Litton Leadership Scholars program,” Birkenholz said.