Each year, the Mizzou Alumni Association Student Board recognizes 39 outstanding seniors to honor the school’s founding in 1839. The students represent an array of majors, activities and organizations across campus and are selected based on their academic achievement, leadership and commitment to Mizzou and the community. 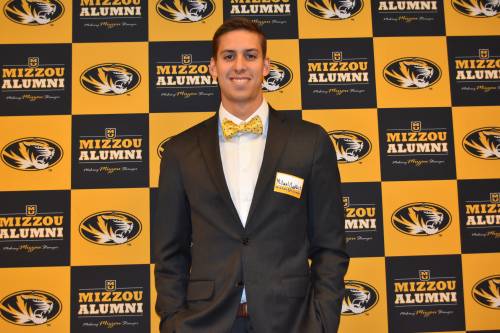 Michael Chadwick has made a splash during his time at Mizzou.

Chadwick, a senior sports management major from Charlotte, North Carolina, came to the University of Missouri to swim.

“Most of what I look back on is my time in the pool, because I spent so much time in there,” Chadwick said.

Chadwick, a 2013 graduate of Charlotte Latin High School, said student-athletes often struggle with time management, as they are often exhausted from competing and practice and often find themselves focusing on their next competition or practice.

“It is really easy to make athletics the main priority, when in reality it’s not, its academics,” Chadwick said.

He said he was grateful to be named to the Mizzou ’39 since it’s a tremendous honor.

“Looking back, I really am encouraged by the opportunities that were laid in front of me,” Chadwick said.

Chadwick said his mentors, including Andrew Grevers, the Associate Head Coach of MU Swimming and Diving, along with teachers, invested in him both as an athlete and student.

“I think CAFNR and Mizzou did a really good job of preparing me for any kind of role that I could potentially take,” Chadwick said.

For now, Chadwick will stick to swimming as his professional career. He began swimming professionally last year and hopes to make an appearance in the 2020 Olympics.

His advice to future and current students is to get involved early.

“I think we all think four years will last much longer than it actually will,” Chadwick said.

Chadwick is the son of David and Marilynn Chadwick. 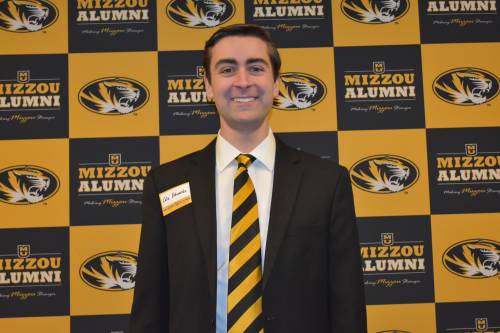 Growing up in a family with numerous Mizzou graduates only an hour away in Salisbury, Missouri, made Edwards a fan of Mizzou early in life.

The senior agricultural economics major became involved on campus his freshman year through his fraternity, Alpha Gamma Rho, and with other organizations, like the Missouri FFA Association, where he served as state president.

Edwards said he was excited, honored and humbled when he found out about his selection as a member of the Mizzou ’39.

“The people that go here go on to change the world, so it’s very humbling to be among such an outstanding group,” Edwards said.

Edwards’ favorite Mizzou memory is homecoming. He spent the last four years involved in homecoming, through Alpha Gamma Rho, campus organizations and spent the last two years on the Homecoming Steering Committee, even serving as a Tri-Director his senior year.

“Being able to be part of such a great Mizzou tradition that brings everybody at Mizzou, and not just even students and alumni, but even just the entire state of Missouri, together for such a great tradition is something that I love and I’m going to come back for in the future,” Edwards said.

Edwards said the “Missouri Method” of being able to practice at Mizzou and in CAFNR what you’re going to be doing in the future has been extremely beneficial. His favorite course was an agricultural economics class offered through CAFNR about agricultural policy. In the course, students looked in-depth at agricultural policy and ended the semester with a visit to Washington, D.C.

“I owe pretty much everything in my career, at least in some way, to Mizzou and CAFNR,” Edwards said.

After graduation, Edwards, a 2014 graduate of Salisbury High School, plans to move to Washington, D.C., to start a career in policy, preferably agriculture and trade policy, he said. Law school is a possibility in a couple of years.

Edwards’ advice to students is to take advantage of all of the current opportunities offered to them. He said, even if it’s just a one-time event, Mizzou offers numerous opportunities to broaden student horizons.

“You’re going to be challenged at MU, but you’re definitely going to be well-prepared,” Edwards said.

Edwards, the son of Steve and Deb Edwards, will soon be one of the alumni yelling Z-O-U across Faurot Field to the student section during football games.

“It’s been a great four years; it’s crazy that it’s coming to an end,” Edwards said. 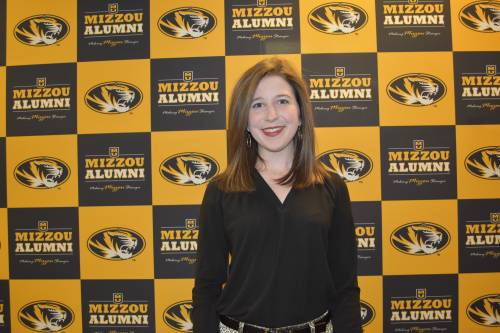 Growing up in small-town Concordia, Missouri, didn’t stop Nora Faris, a science and agricultural journalism senior, from making her mark on Mizzou.

“I was enthusiastic about it, but a little bit surprised,” Faris said, describing her feelings the moment she found out about her selection as one of the Mizzou ‘39. “It’s one of those honors that whenever you come to campus as a freshman student, you see some of your role models achieving.”

As a second-generation Mizzou and CAFNR student, Faris said she came to MU for the well-known School of Journalism, but stayed because CAFNR made Mizzou home.

“It is an exciting honor and opportunity, but really it was a culmination of four years here,” Faris said.

Faris’ leadership on campus began as a freshman at Mizzou after graduating from Concordia High School in 2014. Serving as the Missouri FFA Association state secretary gave her the opportunity to become an ambassador for CAFNR, as she spent time visiting various FFA chapters and high school students across the state of Missouri.

Faris’ time at MU presented her with vast opportunities, not only on campus, but abroad, she said.

“My favorite Mizzou experiences haven’t been in Columbia, but they’ve been in the District of Columbia,” Faris said.

She’s spent time in Washington, D.C., as a Kinder Institute Scholar, interning for a public affairs firm and, most recently, spent May to December of last year working for the American Seed Trade Association and working on Capitol Hill.

“Some of my favorite experiences haven’t been on campus necessarily, but have definitely been opportunities that I’ve gotten as a result of being a student at Mizzou,” Faris said.

After graduation, Faris will begin law school in the fall at Georgetown University. She said while going through the law school application and interview processes, many people wondered what business an agriculture major had in law school.

“To me, the business experience, the real-life, real-world experience I’ve gained in CAFNR is something that a lot of your typical law school students have never experienced,” Faris said.

Faris plans to put her different perspectives from working as a journalist, on Capitol Hill and experience as a rural Missourian to good use in her future career.

“I think CAFNR is really good about investing in students and making sure that they are the whole package,” Faris said.

Although Faris won’t be spending her next few years in Columbia, Missouri, she said she plans to support MU as an alumni. As Faris moves on to the next chapter of her life, she said she is excited she has a community of 38 peers who are passionate about the University of Missouri and will continue to accomplish great things in their lives.