Two of the College of Agriculture, Food and Natural Resources’ distinguished professors added a new accolade to their careers last week. 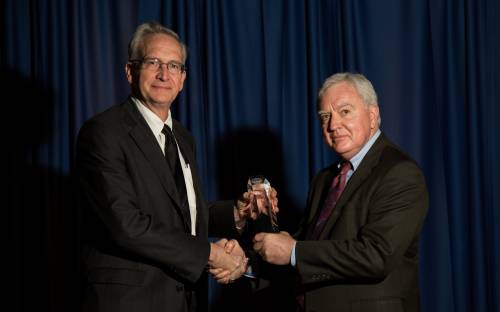 Since its inception, the Academy has promoted the recognition of the impressive scientists of St. Louis, according to its website. The academy focuses the region’s attention upon individuals, institutions and corporations known worldwide for their scientific contributions to research, industry and quality of life. In every category, preference is given to candidates who also have a record of excellence in communicating with the public, mentoring colleagues, or leadership in the field of science or industry.

Prather’s research centers on reproductive efficiency of livestock and genetic engineering of swine for production agriculture and biomedical research. He is director of the National Swine Research and Resource Center at MU, a genetic repository and source worldwide. He was the first to adapt transcriptional profiling techniques to the study of early pig embryos, and has used this information to improve embryo culture systems. Prather’s group has made over 65 different genetic modifications to pigs and over 1,100 cloned pigs. He was part of a team that bred pigs resistant to the dangerous, costly swine virus, Porcine Reproductive and Respiratory Syndrome, which costs North American farmers alone more than $660 million annually. His team also successfully created genetically engineered piglets with the same mutation that causes cystic fibrosis (CF) in humans. He is a Fellow of the American Association for the Advancement of Science and holds 17 patents. Prather has received CAFNR’s Distinguished Researcher Award, the Roger L. Mitchell Fellow Award and the Mumford Outstanding Faculty Award. 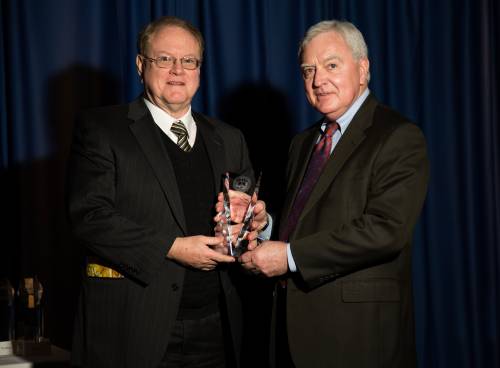 Stacey’s research concerns interactions between plants and microbes. Since the 1980s, his lab has studied the symbiotic relationship between the soil bacterium, B. japonicum, and its host plant, soybean. His lab chemically characterized signal molecules released by both plant and bacteria that allow the intimate interaction between these two organisms. His pioneering research into the genetics of the bacterium also resulted in the identification of the biochemical signal that results in the formation of nodules on the soybean. This discovery led to the patents that underlie Optimize, a bacterial compound that accelerates soybean vigor. Stacey’s lab also contributes to the development of soybean genomic research. He has 13 patents and is a Fellow in the American Academy of Microbiology, the American Society for Plant Biology and the American Association for the Advancement of Science. In CAFNR, he has received the Distinguished Researcher Award and the Mumford Outstanding Faculty Award.

The Academy of Science of St. Louis is an independent science organization, supported entirely through community contributions, and has been driving scientific progress and awareness in St. Louis for more than 150 years. Learn more about the academy at academyofsciencestl.org