This year, 18 graduate students were honored as part of the inaugural class of the Mizzou 18 award. The select group was chosen based on a variety of accomplishments achieved during their time in school, including the research they’ve conducted, the leadership they’ve demonstrated, and the service to Mizzou they’ve provided. The students were selected across a wide range of areas of study.

“I just didn’t know what the world had in store for me.” 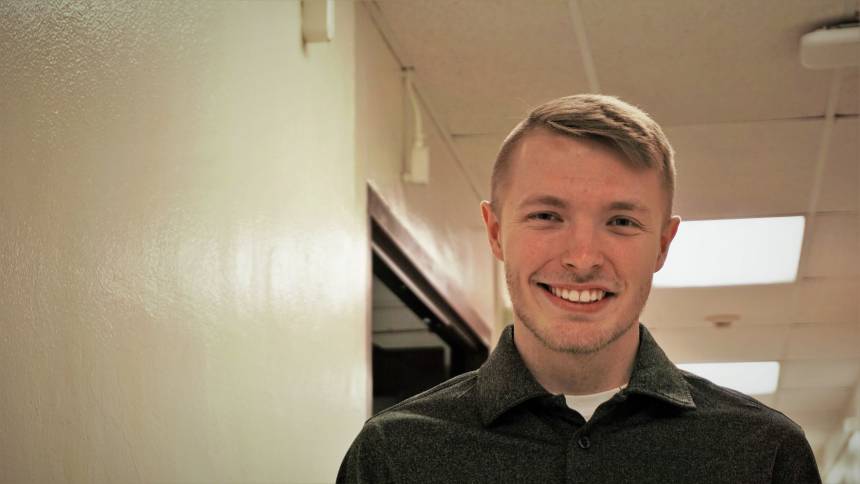 Tucked away at the edge of the northern state border is a place called Elmo, Missouri. Stretching 0.23 square miles, and with a population of around 160 people, it is not a large town. It is the town where Tanner Adkins grew up. When it came to college, most of the people Tanner knew from the area ended up getting their education at a four-year university in northwest Missouri, and according to Tanner, “no one really got outside of that bubble.” Yet getting out of that bubble was exactly what he wanted to do. So, attending Mizzou became his goal.

“I wanted to do something different,” Tanner says.

However, growing up on a family farm in Elmo, there was not much extra income in Tanner’s family for college. Yet, through the help of scholarship opportunities through CAFNR, he managed to make it happen. Another opportunity that helped to ease the financial strain that affects so many students was the residential life program in which he spent three years. It is an experience he is often reminded of whenever he runs into one of his many residents from semesters past around campus.

“I think about the good times I’ve had connecting to so many people here,” Tanner says.

Originally, Tanner planned on going to go to pharmacy school but changed his mind before he had even moved in. He ended up getting his degree in plant sciences and is now getting his master’s in agriculture leadership, communications and education, a decision that has gotten him even further out of the bubble.

Tanner is from a hometown where “nothing much changed ever,” but during his time at Mizzou, he has had more opportunities to see more of the world around him. One highlight was a 10-day summer trip to the Ukraine where he, along with his advisor, helped develop an agriculture education program for high school students.

“It’s a great thing that they’ll get to use for years,” Tanner says. After graduation, Tanner plans to get out and continue to see more of the world, as he is currently in the application process to join the Peace Corps.

“I just didn’t know what the world had in store for me,” Tanner says.

“I just get really excited talking about bees.” 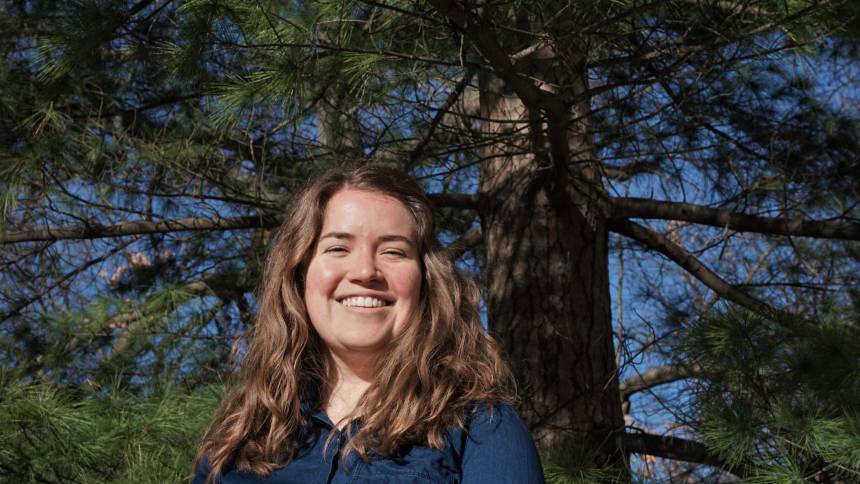 Sarah Cramer did not want to go to Mizzou.

When the time came for her to go to college, the Columbia native, granddaughter of a Mizzou agricultural economics professor and daughter of a CAFNR graduate, wanted to get as far away from her hometown as possible.

“I was surrounded by Mizzou. So, I never wanted to go to Mizzou,” Sarah says.

Instead, she went an hour and a half away to Truman State University. While not the farthest place from home, it was enough of a change for her to develop “an identity separate from my family and my family at Mizzou,” she says. Yet, when Sarah knew she wanted to go to grad school, she decided to forego her previous stance and get her master’s through the public health master’s program at Mizzou, an experience that led her to think “maybe Mizzou’s not so bad.” But Sarah’s journey into the school she vowed to never attend did not stop there.

Sarah always knew she wanted to get her Ph.D., and after working for a school gardening non-profit organization, she realized the teaching aspect involved in that work is what she really loved, so she applied and was accepted into CAFNR’s agricultural education and leadership graduate program.

As much as Sarah loves teaching, there is something else that also holds a special place in her heart.

It all started when Sarah graduated from Truman and moved back home to Columbia. It was here that she watched a documentary with her father about colony collapse disorder, a phenomenon in which worker bees mysteriously disappear from their colonies.

That spring they bought their first package of bees and began building their own hives.

Despite being, in her own words, “such a millennial way to get into beekeeping,” Sarah has retained her passion and has been a beekeeper for seven years now. What began as simply a hobby became an opportunity.

Upon joining the agricultural education and leadership graduate program, Sarah has not only been learning about the insects she calls “a microcosm of the bigger environment,” but also teaching others about them by giving presentations and teaching beekeeping classes.

“I love teaching, I love bees, and so it’s the perfect combination,” Sarah says.

This semester, she is continuing to educate through the course “Seeds of Equity: Exploring Race, Class and Gender in the Food System,” which she is co-teaching with Leslie Touzeau. Together, they have presented at conferences about the course she describes as “needed” and have learned that the topic of race, class, and gender in the food system is not one many schools are discussing. “To get that kind of feedback that Mizzou is really being a leader in terms of talking about diversity in food and agriculture is just really exciting,” she says.

“I know about the industry, I know what I’m talking about, and I can code enough to be pretty dangerous.” 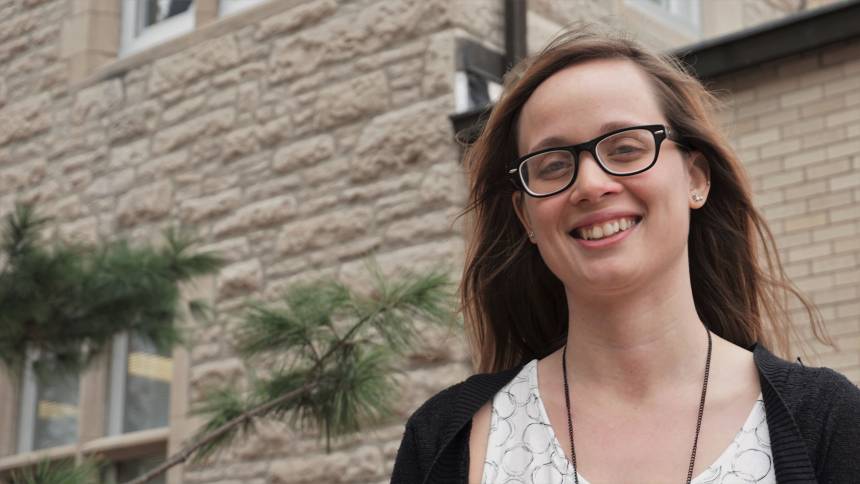 Breeding cattle does not happen overnight. Students wishing to learn more about the lengthy and complicated process can find it challenging, as even the procedure of breeding smaller animals such as mice or flies is difficult to complete in a single semester. Not to mention the money and resources such research costs.

However, there is someone helping to change this for students today: Ph.D. candidate in animal sciences Maria Haag.

Originally from southern Indiana, Maria got her undergraduate degree in biology and political science at DePauw University, a liberal arts college. When she had to do an external internship as a student in the science honors program, she came to Mizzou and participated in the Miller Summer Program. It was then that she first began working with Jerry Taylor, who would later become one of her master’s advisors along with Robert Schnabel and invited her back to Mizzou get her degree. Maria accepted that invitation and got her master’s in bioinformatics, a subject that is “more parsing and more data analysis and not so much actual developmental coding,” Maria says. Yet coding is just what Maria wanted to learn more about, so she began to take software development courses.

Recently, Maria got the opportunity to combine her many interests and talents through a simulation game which she hopes will allow students to learn more about breeding cows. The project is called CowGames. “We’re in the process of renaming it,” Maria says. The game is actually not entirely new. In fact, it is a modern version of a cattle breeding simulation developed back in the ’60s. The idea of updating the simulation was proposed to Maria by her mentor, Bill Lamberson, knowing it was a project she would be interested in. After getting on board with the project, she got another grant funded for it and began to get it off the ground, a process that involved updating the ‘60s simulation to include new technology.

“Basically, I had to rewrite everything.”

By changing the game, Maria is changing the game. One of her goals as a student has been to get “non-traditional” students into agriculture by helping to provide access and information to those who might not have the resources to experience things such as cattle breeding first hand, and the simulation is not the only way she has helped to generate interest. Along with an instructor, Maria has also founded a day camp at Mizzou for high schoolers called “Animal Science Exploration Day,” where students can explore stations dedicated to different parts of animal science and get hands-on experience, as well as be taken on a tour of the different facilities around campus.

CowGames is currently available for viewing on www.cowgames.fun (dot com was unavailable) and will be moved to a paid model in the future. So far it has already been tested with about 300 students at Michigan State University and Mizzou, and 18 universities are slated to try it this spring.

As for Maria, she hopes to stay in education technology after graduation and continue to develop more technology for the agriculture students of the future.

“Mizzou is actually the only SEC school that does not have a campus community garden. So we are installing one.” 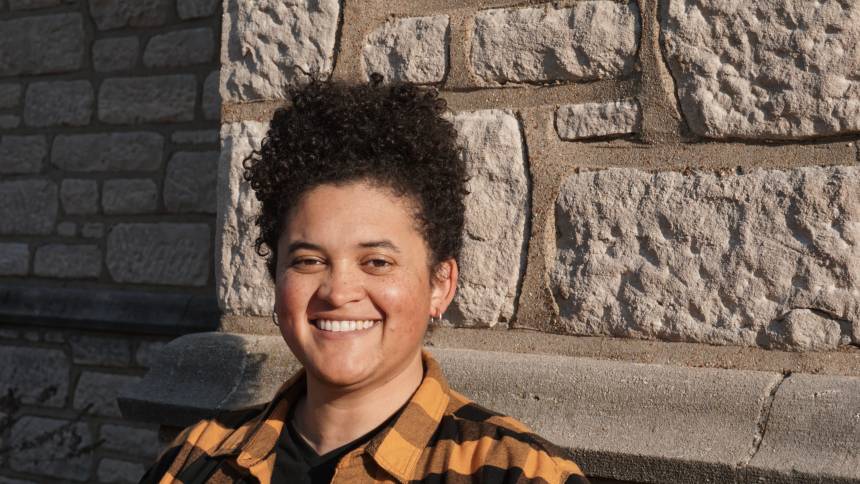 Second year rural sociology master’s student Leslie Touzeau is working to better her university while also highlighting often-underrepresented voices in the world of agriculture. Leslie, whose research focuses on the lived experience of young African-American farmers, is currently in the process of finishing up what she said has become her proudest achievement, the installation of a Community Garden named after African-American gardener Henry Kirklin.

The garden is one of many components of The George Washington Carver Project, whose purpose is “to shed light on the underrepresented voices of people of color in food and agriculture,” Leslie says. Leslie not only proposed the project but was also hired by the Mizzou Botanic Garden to develop, plan and implement it. The Henry Kirklin Community Garden is currently in its final phase of development and has found great support from the community itself, with a recent work day drawing over 50 volunteers to help see it through. “Mizzou is actually the only SEC school that does not have a campus community garden. So, we are installing one,” Leslie says.

Touzeau got her undergraduate education in St. Louis and was an organic vegetable farmer for eight years before coming back to her hometown of Columbia to work as an employee at the University of Missouri. When she decided to get her master’s degree, she had a few options for where she might go. One factor that made her consider Mizzou was, of course, the financial benefit that comes to employees of the school. However, there was another factor that swayed Leslie to study at Mizzou: Her nominated mentor, Mary Hendrickson, who she credits with bringing her to grad school.

While working as a research assistant at Bradford Research Center, Leslie got to know Mary as a member of the local food community and knew she wanted to work with her. That wish came to fruition through another component of the George Washington Carver Project, a class titled “Seeds of Equity: Exploring Race, Class and Gender in the Food System,” which Leslie teaches along with Hendrickson and Sarah Cramer, another Mizzou 18 student. At Mizzou, Mary was also Leslie’s advisor and helped her reach her academic goals, even in difficult times.

“My father passed away last semester, and in the midst of all that, Mary was really wonderful in making sure that I didn’t slip through the cracks,” Touzeau says.

In her efforts to improve her school, Leslie says that despite the controversies on campus that occurred a few years ago, she has found that there is “a lot of support at Mizzou, especially for projects having to do with diversity and trying to bring the community together no matter your race or political background.”