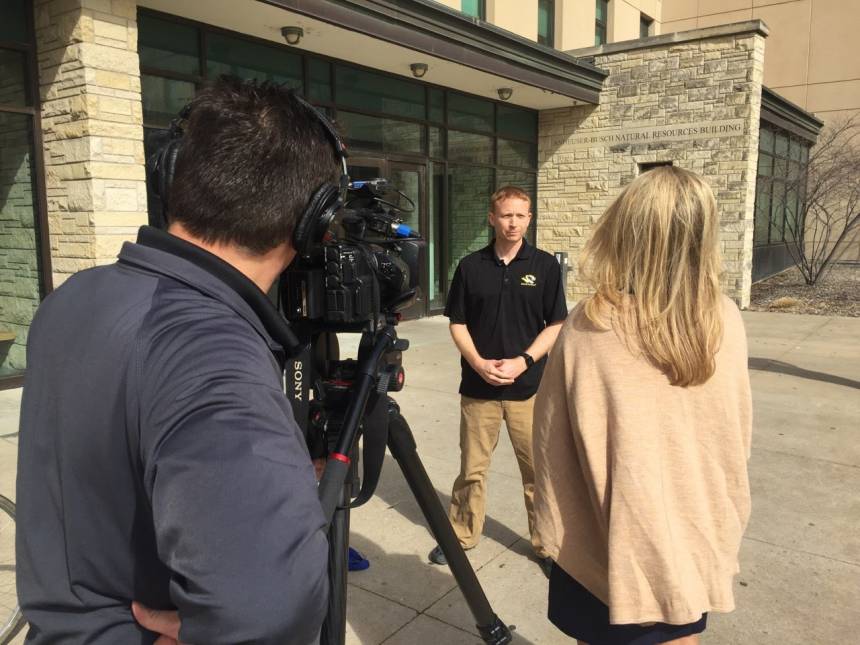 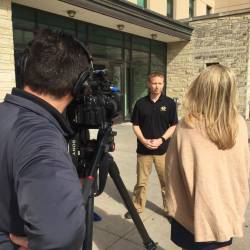 Tyne Morgan, CAFNR alum and host of the U.S. Farm Report, was on campus April 11 to film the U.S. Farm Report Roundtable with CAFNR faculty members Patrick Westhoff, Scott Brown and Kevin Bradley. She also interviewed Michael Byrne (pictured here), assistant professor in the School of Natural Resources, on his research, for an upcoming story. 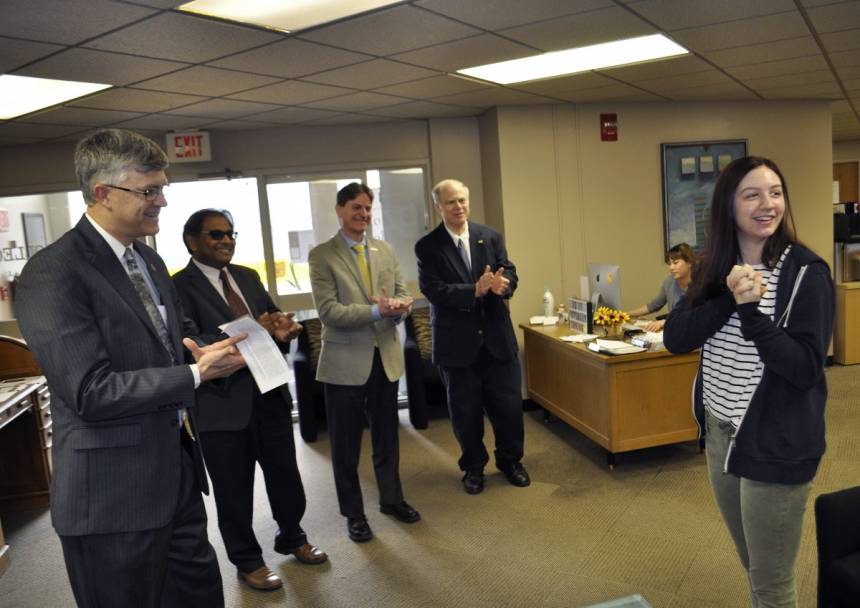 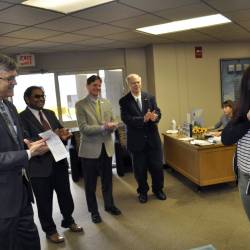 Rachel Patteson, senior in soil, environmental and atmospheric sciences, was surprised with the news April 11 that she is the recipient of Mizzou's Mark Twain Fellowship, and will study next year at the University College London. At the surprise announcement were (left to right): Interim Provost Jim Spain, School of Natural Resources Director Shibu Jose, SNR Associate Director Keith Goyne, and SNR Professor Stephen Anderson. 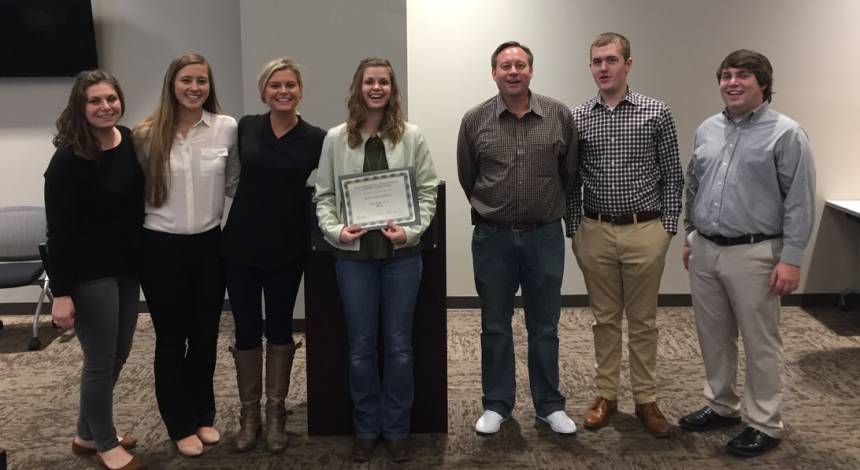 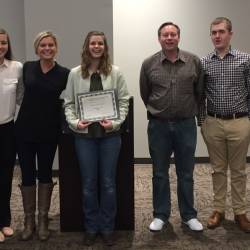 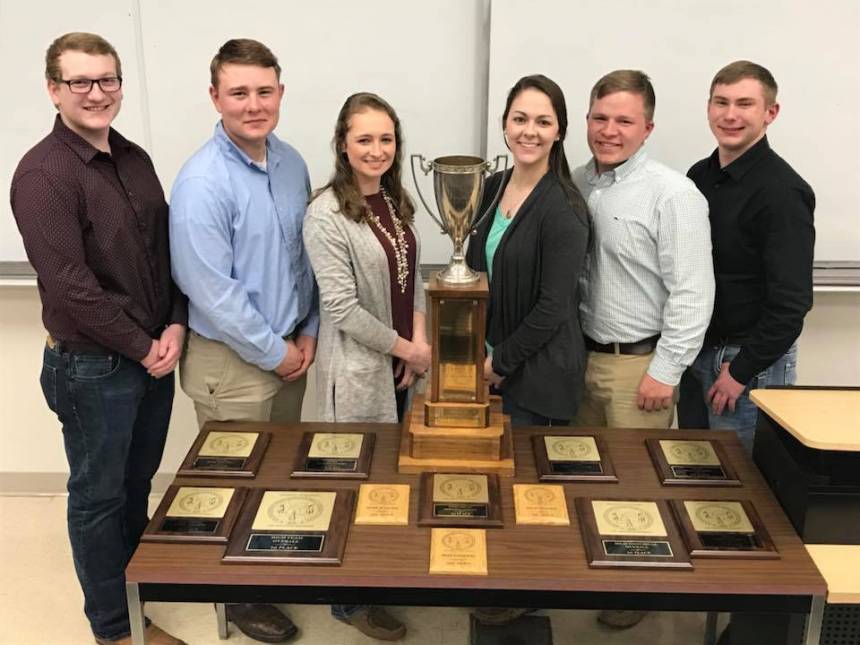 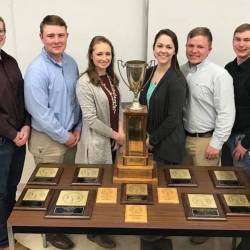 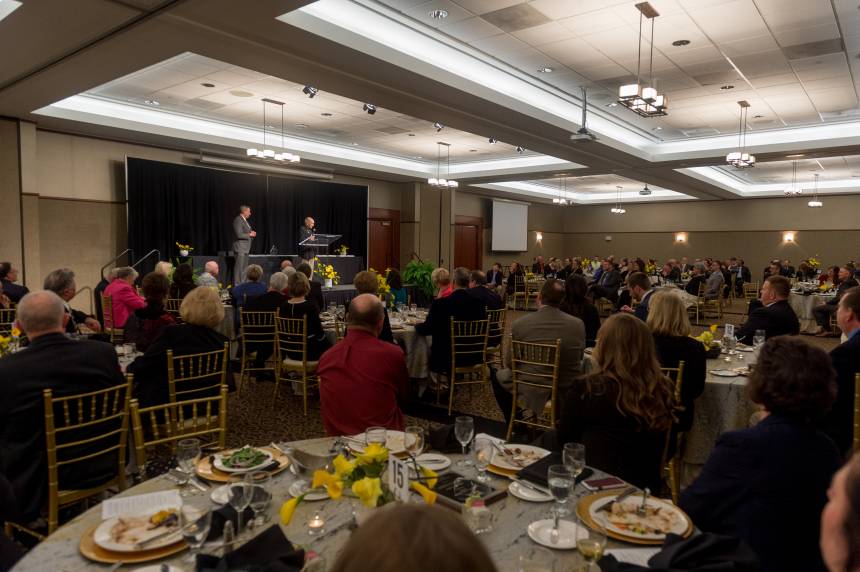 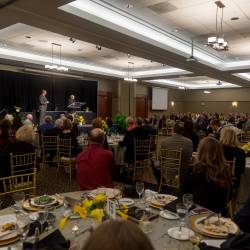 CAFNR's Celebration of Excellence was held Thursday, April 5. Awards were given to faculty, staff, students, alumni and friends of the college. At the end of the evening (pictured here) the Frederick B. Mumford Awards, the College's highest honor, are presented. 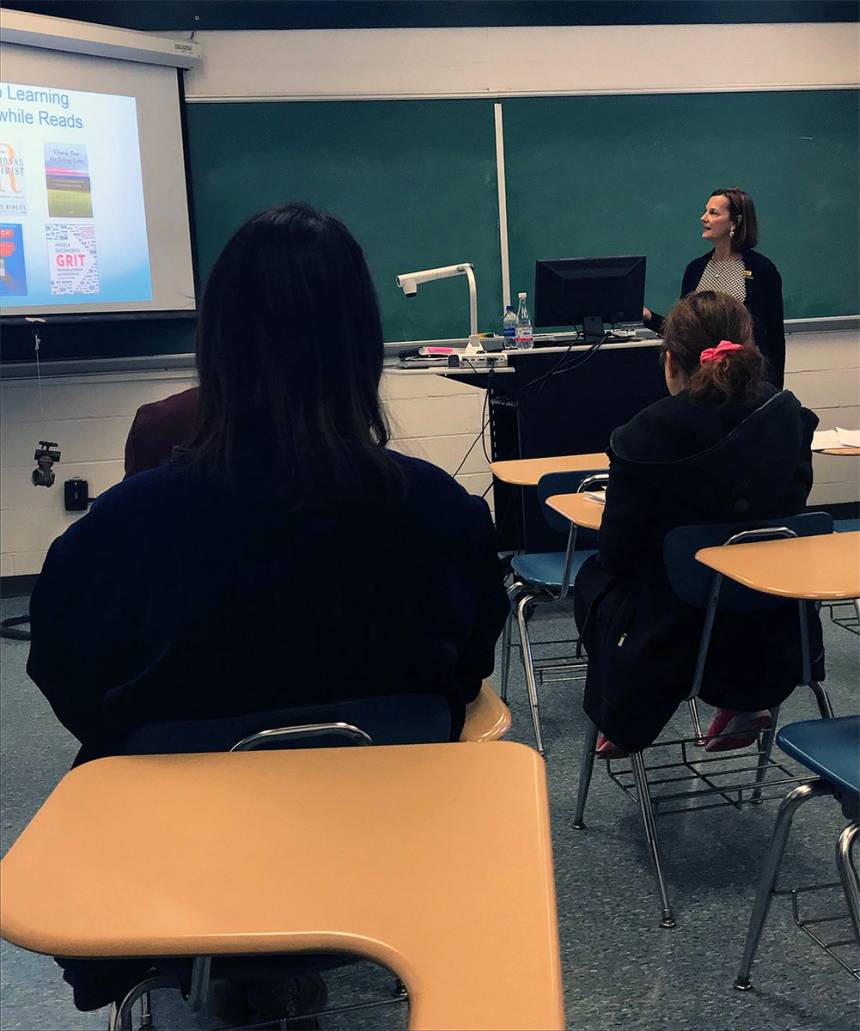 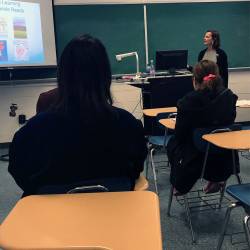 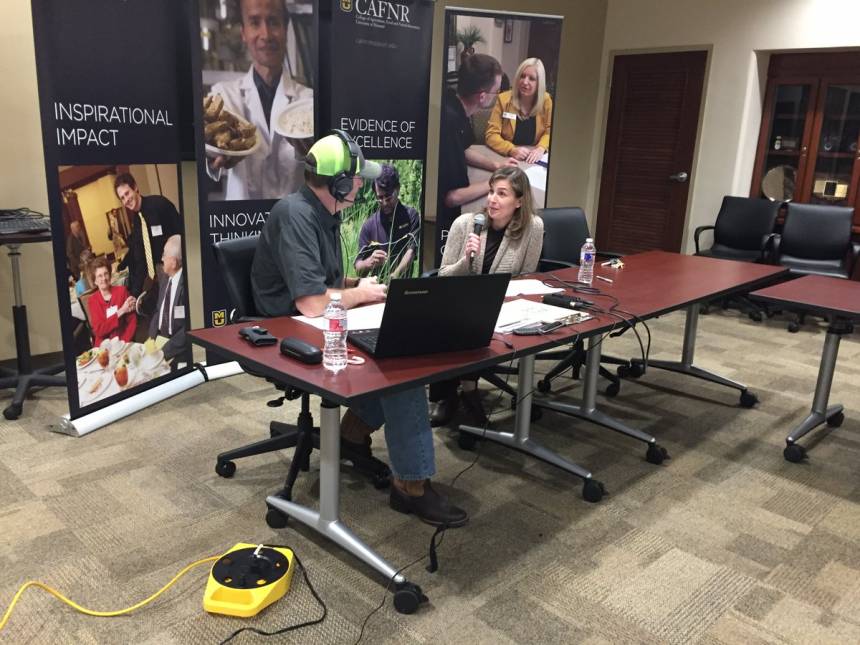 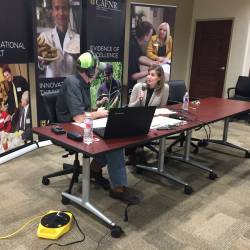 Farming in the Four States 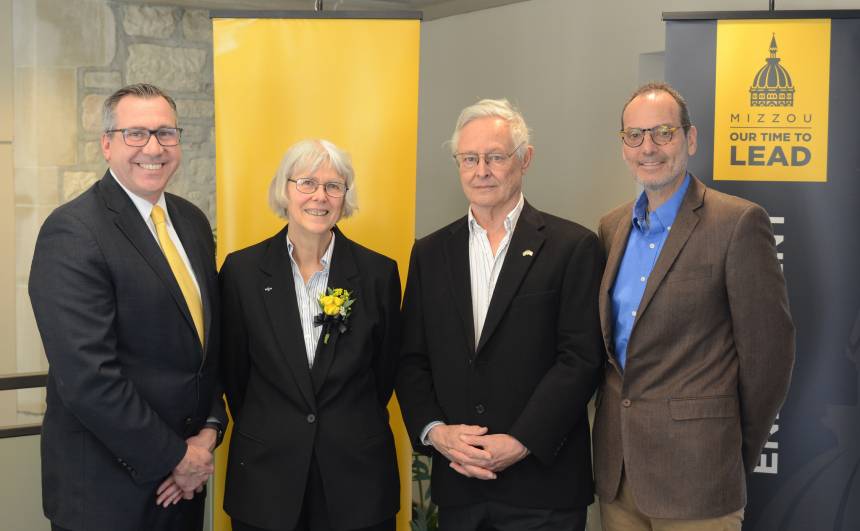 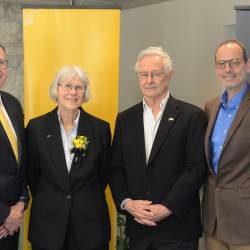 Mizzou's second annual Giving Day saw donations totaling $1.56 million from noon Wednesday, March 14, to noon Thursday, March 15, for CAFNR. This included a generous estate gift from Dr. Virginia Peterson, professor emerita of biochemistry, and her husband, Dr. Charles Peterson, associate professor emeritus of physics. The gift will support the already-established Virginia E. Peterson Scholarship in Biochemistry and celebrates her career of dedication to students at Mizzou. CAFNR came in second among Mizzou units in the Dollar Challenge, which means extra funds for our college. Here, Dr. Peterson and her husband celebrate the gift announcement with Dean Christopher Daubert and Jack Tanner, interim director of Biochemistry.