The honey bee is as busy as ever.

From almonds to zucchini, honey bees pollinate more than 90 agricultural crops in the United States — worth more than $15 billion annually. In 2017, the apiculture industry provided pollination services valued at nearly $320 million, according to the USDA’s National Agricultural Statistics Service. In addition, the bees also produced almost 150 million pounds of honey. 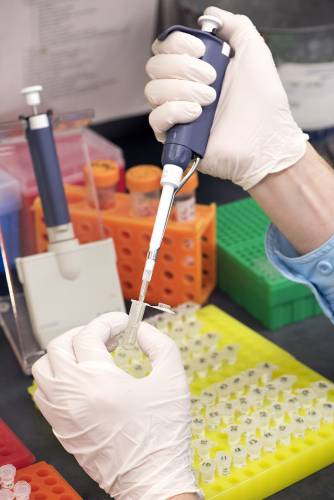 But honey bees face a multitude of threats. Insecticides, diseases and pests all contribute to colony losses, but no stressor is greater than the Varroa mite. This tiny external parasitic mite, which was first identified in the continental United States in 1987, lays its eggs on honey bee pupa. As the young bees develop, the mites hatch and begin feeding.

“This feeding weakens bees, but the mites also carry pathogenic viruses that can spread really quickly through a hive,” says Chris Elsik, associate professor of bioinformatics, in the Division of Plant and Animal Sciences at the University of Missouri College of Agriculture, Food and Natural Resources (CAFNR). “The most devastating effect is through the diseases the mites can carry rather than the mites themselves.”

The impact of Varroa mites is widespread throughout the apiculture industry, both for large-scale and small-scale producers. During the last reporting period to USDA in 2017, producers with five or more honey bee colonies reported that nearly 42 percent of the hives were impacted by Varroa mites.

Elsik and fellow CAFNR researcher and geneticist Bob Schnabel, associate professor in the Division of Animal Sciences, are applying their knowledge and experience of cattle and dairy genetics to the issue of Varroa mites in honey bees. The duo looks at the bees simply as little livestock.

“DNA is DNA is DNA,” Schnabel says. “If you can learn these genetic tools, you can apply them to pretty much anything.”

Armed with a four-year, nearly $1 million grant from the USDA National Institute of Food and Agriculture, the CAFNR researchers will comb the honey bee genome in an attempt to find genetic markers predictive of resiliency against the voracious Varroa.

For generations, agronomists and livestock producers alike have used selective breeding to raise plants and animals with desired traits, such as higher oil content in soybeans, calving ease in beef cattle or greater milk production in dairy cattle. These observable characteristics are the result of specific genetics within the plant or animal, but not all traits are created equal.

“Some are what we call ‘hard to measure’ traits, like meat tenderness in beef cattle,” Schnabel explains. “In order to measure tenderness of a steak from an individual animal, that animal has to be sacrificed. Once it’s sacrificed, it’s pretty hard to breed for a characteristic or select individuals. So, you develop genetic markers that are predictive of the trait.”

Some honey bees exhibit a “hard to measure” trait called Varroa Sensitive Hygiene (VSH). Elsik says bees with this trait exhibit different behaviors than other bees when encountering the mites.

“Colonies with the VSH trait have worker bees that actually identify the brood infested with mites,” she says. “They remove the infested brood from the hive so the mites don’t spread.”

The USDA Agricultural Research Service maintains the Honey Bee Breeding, Genetics and Physiology Research Lab in Baton Rouge, Louisiana. There, researchers have created colonies of honey bees that exhibit high, medium and low levels of VSH. Through controlled matings, these colonies will be crossed. 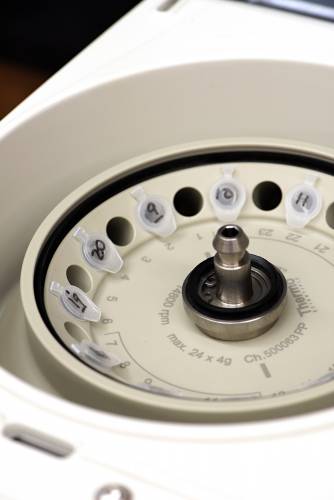 “They are going to collect individual workers from each of the colonies, and we’ll actually sequence their entire genomes,” Elsik says. “We want to identify DNA variants that would be associated with the workers in the high VSH colonies and not the low VSH colonies.”

Genome sequencing has advanced exponentially in the past decade, allowing researchers to quickly and cost effectively sequence many individuals, which is especially important in the case of honey bees. While the bee’s genome is relatively small compared to a mammalian one — 250 million bases versus 3 billion bases — bees have a high recombination rate when reproducing. This means there’s more variation in the genome.

Elsik and Schnabel equate the discovery of the genetic markers for VSH to the search for a needle in a haystack that is being constantly turned. While the honey bee genetic haystack is smaller than that of a cow, for example, it’s being turned faster.

Whole genome sequencing will allow the researchers to overcome the challenges posed by recombination. “If you sequence all the bases, what you’re looking for is going to be present in that sequence,” Schnabel says. “It’s just a question of finding it.”

During the project, the CAFNR researchers will sequence the genomes of 240 to 250 individual honey bees from the controlled matings, searching for DNA variants that might control the VSH trait. Once they associate the VSH trait with specific DNA markers, they can begin to validate those associations.

“Say we identify 200 markers that are predictive of this trait in the honey bee colonies at the lab in Baton Rouge,” Schnabel says. “The question then becomes, ‘Are those markers predictive of VSH in the general population?’ We’ll work with our collaborators and the industry to test 4,000 total commercial honey bees with estimates of the trait and see if we’re able to predict the phenotype.”

Assuming that genetic markers are developed that can predict the VSH trait, a new tool could be created for honey bee breeders.

“We’ve been through this exercise a lot with cattle,” Schnabel says. “You get your animal DNA tested by a genotype service provider. They send the genotype to a breed association, and they use the DNA markers to estimate the genetic merit of the individual.”

While identifying honey bees with the VSH trait, it’s important to remember there are other production traits that are important in commercial operations, Elsik adds. “Honey bee breeders will want to make sure that they’re not accidentally getting rid of other traits when breeding for VSH,” she says.

Of course, humans have manipulated honey bee DNA for centuries through matings of individual bees with desired characteristics. Applying the genetic tools that underlie advancements in other areas of agriculture will only strengthen the apiculture industry, the researchers insist.

“It goes back to DNA is DNA,” Schnabel says. “Pick your favorite trait: honey production, temperament, resistance to environmental stresses. The technology and tools are there to address these. In eight to 10 years, bee producers may be in a position to test individuals and colonies like any other livestock producer.”