The World Wide Agriculture Conference will come to Columbia in July in honor of Professor William A. Albrecht. Albrecht was an emeritus professor of soils at the University of Missouri and was the foremost authority on the relationship between soil fertility and human health.

Normally held in New Zealand, this is the first time that the WWA Conference will take place in the United States. The conference will run from July 25-27 at the Bond Life Sciences Center, located on the University of Missouri campus.

“We are extremely excited about hosting the WWA Conference, as the University of Missouri is where it all began in terms of Dr. Albrecht’s work,” said Tim Reinbott, assistant director of the Agricultural Experiment Station. “Many of the participants from around the world indicated that they wanted to come and see where Dr. Albrecht did his research. In fact, we are going to attempt to duplicate some of his experiments. We also plan on touring Sanborn Field where Dr. Albrecht did some of his research.” 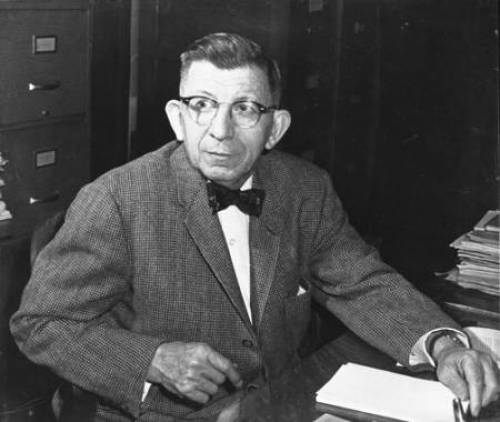 Albrecht joined the MU College of Agriculture’s soil faculty in the 1930s and soon became the department’s chair. He went right to work, adding studies linking soil and human health to his research to improve crop yields. Albrecht led the department through the 1970s.

“Dr. Albrecht’s research was really ahead of its time,” Reinbott said. “We are just now realizing the connection between the health of the soil and the health of the animal, as well as people who are consuming the product.”

As part of the conference, MU will also celebrate the 130th anniversary for Sanborn Field. That celebration will take place from 1-7 p.m. on Tuesday, July 24. There will be a handful of talks and discussions from 1-5 p.m. in Eckless Hall Cafe, as well as a tour of Sanborn Field and the Duley-Miller Erosion Plots from 5-7 p.m.

“Not only is it the 130th anniversary of Sanborn Field, it is the 101st year of the Duley-Miller Erosion Plots and the 70th anniversary of the announcement of the discovery of the antibiotic Aureomycin at Sanborn,” Reinbott said. “Sanborn Field is the oldest continuous experimental field west of the Mississippi River. Research from the Duley-Miller plots led to the establishment of what is now the USDA-NRCS. Aureomycin was used in animal and human disease prevention for decades and saved many lives.”

The World Wide Agriculture Conference features numerous speakers, from faculty members to farmers. The focus of their discussions is on improving farmers’ operations through better soil nutrition. The conference is hosted by AgriGanics, a New Zealand-based company. AgriGanics helps farmers be more sustainable through a number of services and products.

“What is so unique about this conference is the variety of speakers and their backgrounds,” Reinbott said. “Both the farmer and the scientist can come and learn from one another using facts to back up their claims. Although this conference centers around the Albrecht principles, the basic importance of soil fertility on plants and animals is also stressed.”

Featured speakers from the University of Missouri include Kevin Bradley, professor in the Division of Plant Sciences, who will discuss the relationship between weed incidence, soil pH and the nutrient levels. Robert Kremer, adjunct professor in Plant Sciences, will talk about soil microbiology and how soil nutrients affect soil biology.

Speakers from Canada, Australia, New Zealand, The Netherlands and South Africa will also be featured.

Reinbott will speak during the conference as well.

“I was exposed to some of Dr. Albrecht’s principles by Dale Blevins 30 years ago, but I dismissed it as old-fashioned,” Reinbott said. “Not until my own curiosity got the best of me five years ago, that I decided to do some research of my own. What I found amazed me and how the Albrecht principles fit perfectly into soil and human health.”

There is a 245-seat limit in the main auditorium. Those who register after those seats are filled will attend the conference in an adjacent atrium, with a live video stream.

Sponsors for the conference include: American Society of Agronomy, AgriGanics, United Soybean Board, Perry Agricultural Laboratory, Inc., Kinsey Agricultural Services, and the University of Missouri College of Agriculture, Food and Natural Resources.

For more information about Professor William A. Albrecht: Healthy Soil and People.