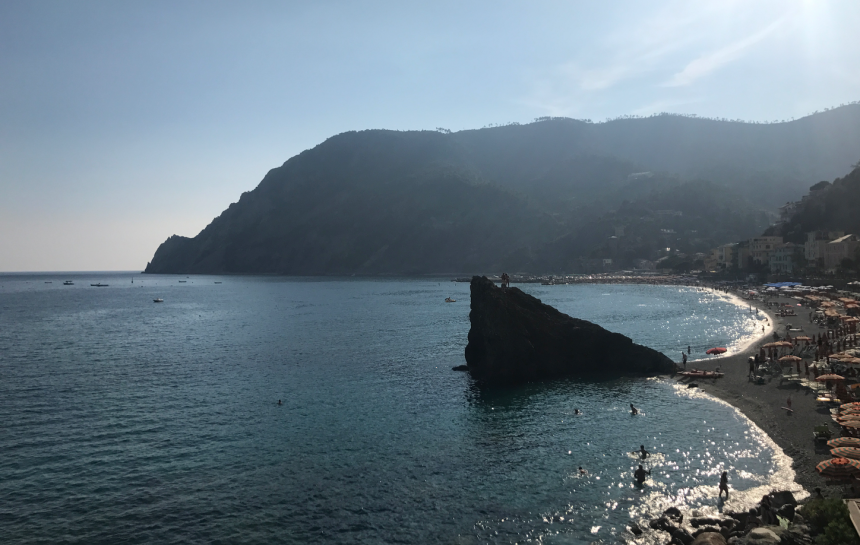 A view from a beach trip that Bailey Lawson took with her roommates.

Going to Europe on a vacation is one thing, but being able to live and adapt to another culture is a completely different concept.

Students were required to take an intensive basic Italian course, so they were able to immerse themselves in the culture and engage with the local people. Some students were able to go into a restaurant or coffee shop and have the entire conversation in Italian.

Students also took a class on Tuscan wine and were exposed to the history of Tuscany and its viticulture and terroir as well as the history of each region and the specific wines that each region is famous for producing. They went on a field trip to the largest organic winery in Tuscany. The owner’s family had been producing wine in Italy for over 500 years and was famous for his Brunello de Montalcino. Students could also choose to take a restaurant management course. 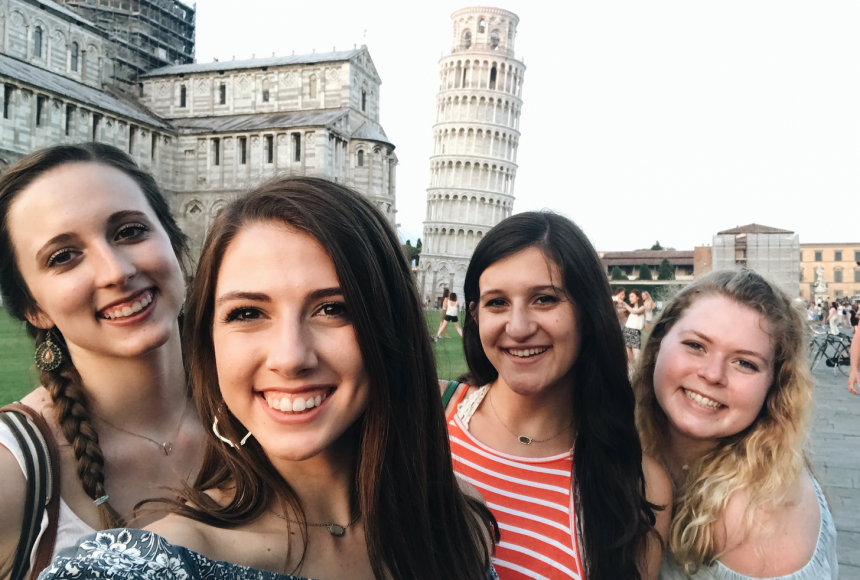 Lawson, second from left, and her roommates at the Leaning Tower of Pisa.

Aside from the structure of the program, students also take advantage of traveling in Italy and the neighboring countries. For instance, Bailey Lawson and her roommates traveled to Pisa to visit the famous leaning tower, and to Monterosso, the furthest city up the coast of Cinque Terre to swim at the beach and sample fresh seafood risotto. They also traveled to Bologna which is known for its food and history. Their travel also included Rome.

“It was like we had taken a crash course in Roman history,” Lawson said. “That day we walked over 17 miles, making it to the Coliseum, the Spanish steps, the Trevi fountain, the Roman forum, and many stops along the way for gelato and carbonara, two food groups I lived on while in Italy. 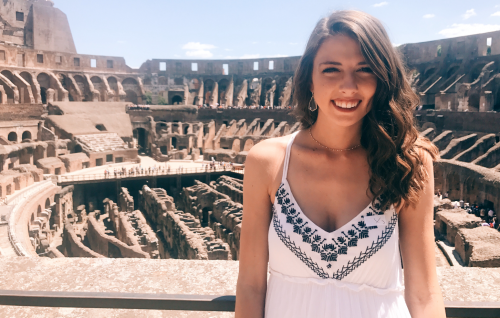 “I was fortunate enough to stay for the six-week program. The restaurant was a student-run organization through FUA called Gonzo. The three different experiential field learning internships to choose from were restaurant, wine and beverage and special events. Gonzo shows diversity through its menu, events and the artwork that is displayed throughout the restaurant, and is great way to enhance the culture within its study abroad students.”